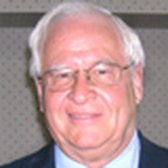 Pat Mullins is chairman of the Republican Party of Virginia. He became chairman in May 2009 and was re-elected to a second term in 2012.  Mullins is a longtime Republican activist and ran unsuccessfully for Fairfax County Board of Supervisors in 1979 and 1987. He was the Fairfax County GOP chairman from 1990 to 1996. Mullins moved to rural Louisa County in central Virginia and became the chairman of that county's Republican Committee in 2011. Mullins sells insurance policies on horses for Markel Insurance, Glen Allen. He was born in St. Albans, W.V., earned a bachelor's degree from Columbia University, New York, and a law degree from George Washington University, Washington, D.C.