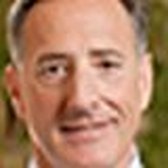 A committed entrepreneur, Peter was the longtime co-director, along with his brother, of Putney Student Travel and National Geographic Student Expeditions, a company that sends students on educational programs and service projects across the globe. He is also a partner in several real estate companies that provide housing and commercial space in Southeast Vermont. His career in public service began more than 30 years ago when at the age of 24 he was elected to serve on the town’s select board. In 1990, Governor Madeleine Kunin appointed Peter to fill an empty seat in the Vermont House of Representatives, where he served for 3 years. He then served Windham County for 8 terms in the VT Senate and was elected by his colleagues to lead the Senate as President pro tem the majority of that time.