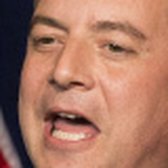 Reince Priebus was the first chief of staff to President Donald Trump, replaced by John Kelly in July 2017. Priebus was previously chairman of the Republican National Committee, a post he assumed in 2011. He is also the former chairman of the Republican Party of Wisconsin. He was an unsuccessful Wisconsin state Senate candidate in 2004. He is a Kenosha, Wis., native and lawyer.