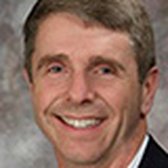 Rob Wittman, a Republican, represents Virginia's first 1st Congressional District, which stretches from Newport News to some outlying Norther Virginia preincts. Wittman worked for 20 years at the Virginia Department of Health as an environmental health specialist and as field director for the Division of Shellfish Sanitation. He served on the Montross Town Council from 1986 to 1996 and on the Westmoreland County Board of Supervisors from 1996 to 2005. He was elected to the Virginia House of Delegates in 2005. Two years later, he won a special election to Congress following the death of Rep. Jo Ann Davis, a Republican. Wittman holds a B.S. in biology from Virginia Tech, a Master's degree in public health from the University of North Carolina and a Ph.D. in public policy and administration from Virginia Commonwealth University.