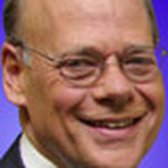 Born May 24, 1949 in Memphis, Tenn. In the House since 2006, he's a regional whip for the Democrats. In August of 2008, he was instrumental in passing H.Res.194, a House resolution apologizing for the enslavement and racial segregation of African Americans. A fourth-generation Memphian, he got his start as a Shelby County Commissioner, and served in the Tennessee state Senate for 24 years, where he became known throughout the state as the “Father of the Tennessee Lottery.”