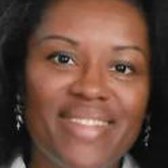 Winsome Earle-Sears, a Republican, was elected Virginia's lieutenant governor in 2021. She is the first Black woman to be elected to statewide office in Virginia. Sears lives in Winchester, Va. and owns a plumbing and appliance repair store. She was born in Jamaica in 1964 and reared in New York City. She has a Bachelor of Arts degree in English from Old Dominison University and a Master of Arts degree in organizational leadership from Regent University.  Sears served in the U.S. Marines from 1983 to 1986. She represented Virginia Beach in the House of Delegates from 2002 to 2004 but did not seek reelection, opting to launch an unsuccessful campaign for the U.S. House of Repesentatives in 2004.