Get Congress to allow health insurance across state lines

It's a longstanding conservative goal to increase competition in health insurance. In many states, especially if you're buying a policy on your own, there's only one carrier. Donald Trump said he'd change that, by getting rid of "the artificial boundaries" of state borders.

The greatest progress he made as president was through a new regulation that eased restrictions on what are called association health plans. These are plans offered by organizations with business members from different industries but located in the same state, such as chambers of commerce. Or people and firms in the same line of business, such as the real estate or restaurant industries, could offer plans to self-employed workers in those fields.

Under the rule, key requirements from Obamacare remained in place. Insurers couldn't deny coverage or set premiums based on a person's health, including any pre-existing condition. Plus, there could be no annual or lifetime caps on covered services. But insurance plans wouldn't need to offer the standard package of health benefits mandated in the Affordable Care Act.

A group of 11 states plus the District of Columbia sued to block the rule, and in March 2019, a federal district court judge agreed, saying the rule was "an end-run around the Affordable Care Act."

The Trump administration has appealed. If it wins, the number of these plans is expected to grow. The Congressional Budget Office projected that more than 3 million people could ultimately be covered under these association type plans.

But even if that happened, a key piece of the promise would go unfulfilled.

States still have the authority to regulate the insurance plans within their borders. The lines are still in place.

Chris Condeluci, a former Republican Senate staffer and consultant to groups using the new rule, told us he hasn't heard the administration talk about reaching this goal in at least two years.

"This seems to be an old and cold talking point that this administration has abandoned because it is virtually impossible to make this policy change into a reality," Condeluci said.

"States remain the primary regulators," Jost said. "But some states don't exercise their authority, and others let a lot slip through the cracks."

In either case, the lines remain.

Commonwealth Fund, The Past and Future of Association Health Plans, March 14, 2019

Allowing insurers to sell policies across state lines has been a pillar of Republican health care policy for decades. Candidate Donald Trump repeated it during an early primary debate in New Hampshire.

States have the power to set standards for health insurance companies. Congress hasn't passed a law to change that, but the Trump administration aimed to use a shift in regulations to create an opening.

Key requirements from Obamacare remained in place. Insurers couldn't deny coverage or set premiums based on a person's health, including any pre-existing condition. Plus, there could be no annual or lifetime caps on services.

However, on the specific point about selling insurance across state lines, the rule made no difference at all.

"Under the new rule, there are still lines," said Chris Condeluci, a former Republican Senate staffer and now a consultant to groups using the new rule. "The regulations compel the plans to comply with every state law."

Condeluci helped Minnesota-based dairy cooperative Land O'Lakes expand its existing insurance program for its cooperative members in Minnesota to farmers in Nebraska. But to do that, they had to meet Nebraska's requirements, which were not the same as the ones in Minnesota. The policies covered all 10 essential health benefits set by the Affordable Care Act.

Between the two states, Condeluci said they have sold 2,000 policies. That's out of a combined non-group market in both states of about 450,000 people.

A group of three chambers of commerce in Nevada also moved to offer policies.

"Whether that's because they only have one insurance company in rural Nebraska, or something else, there's a lot of room there to come in with a lower cost plan," Claxton said.

So the federal rule change gave farmers in Nebraska a less costly option. If that took place on a wider scale, it could increase competitive pressures, but it's too soon to tell.

However, in terms of selling policies across state lines, it's no different from before.

State insurance regulators have said the association health plan rule allows them to apply their own standards. Some states are more open to the new approach, but not all. A group of Democratic attorneys general from 10 states and the District of Columbia filed a lawsuit to block it.

Pennsylvania insurance commissioner Jessica Altman issued an advisory that said all plans must follow the state's rules for non-group plans. That is precisely what the administration's rule was intended to change.

For now, we rate this In the Works.

Update: The administration released its proposal Jan. 5, 2018, to loosen the rules on association health plans. The measure retains protections on pre-existing conditions but would allow plans to cherry-pick the benefits they offer explicitly to reduce insurance premiums. The classic example would be to exclude maternity care because not everyone needs it.

The proposal offers a limited ability to sell insurance across state lines. That would be allowed in metropolitan areas, for example New York City or Kansas City where economic zones cross state borders. A final rule is many months away.

President Donald Trump signed an executive order that could open the door to making good on his promise to sell insurance across state lines. Whether it happens depends on the rules that finally emerge, and that's going to take some time.

There is no question as to Trump's intent. In October, he told various Cabinet departments "to facilitate the purchase of insurance across state lines" by drafting regulations on three fronts:

The first two have the greatest potential to fundamentally change the kind of coverage that people can buy. Association plans are insurance set up by professions or clusters of small employers. You might see groups organized by home remodelers, accounting firms or some other line of work.

Under current law, these associations are treated as small employers and subject to key rules of the Affordable Care Act. For example, their plans must offer 10 essential benefits, like emergency room treatment and maternity care, and they can't discriminate based on a person's health.

The main effect of the executive order would be to lift those requirements.

Short-term plans offer limited benefits for up to three months. They're basically for people caught between jobs in need of catastrophic coverage until they land a new position. These plans operate under none of the Obamacare rules.

New regulations could allow these plans to last for many more months.

The administration doesn't enjoy complete freedom here. It must work within the Employee Retirement Income Security Act of 1974, the law that sets minimum standards for private health plans. But in theory, the administration could craft language that allows association plans to follow the insurance rules in a state of their choosing, rather than the state where the person buying the plan lives.

Supporters see movement on both fronts as the path to cheaper insurance for millions of people. And that would likely happen in the short term. But a host of concerns surround such changes.

Association and short-term plans would attract customers because they could offer skinnier coverage at a cheaper price. For people who think they are healthy, and likely to stay so, that would be an acceptable trade-off.

State insurance regulators fret over the implications. In Senate testimony, the National Association of Insurance Commissioners warned that association plans would "cherry-pick the healthy."

"This, in turn, would make existing state risk pools even riskier and more expensive for insurance carriers, thus making it even harder for sick groups to afford insurance," Raymond Farmer, the commissioner from South Carolina, said in September.

The Kaiser Family Foundation, a neutral source of health policy data, looked at a Senate proposal for association plans and predicted "significant premium increases and instability" in the small-group and non-group markets. The Kaiser analysis said that dynamic would be even more powerful if groups and individuals were able to use the cheaper plans when they were healthy, but then switch to traditional insurance when they got sick.

That might force insurers to get out of the market "because they could not predict the risk of potential enrollees."

As of publishing, we are still waiting on the administration's proposal. Even after that arrives, it will be at least several months before the public has a final rule.

But the wheels are turning, so we rate this promise In the Works.

Both in the Republican primary debates and on his campaign website, Donald Trump talked about making sure people can buy health insurance from companies in other states.

"We have our lines around each state," Trump said at the Feb. 6, 2016, primary debate in New Hampshire. "The insurance companies are getting rich on health care and health services and everything having to do with health. We are going to end that. We're going to take out the artificial boundaries, the artificial lines."

By design, the American Health Care Act drafted by House Republicans is silent on selling across state lines. In the course of a half-hour slide presentation, House Speaker Paul Ryan said the policy is very much on the agenda, but not now.

"That's a reform that we've long believed in, that we think is really important to get regulatory competition to give people even more choices," Ryan said.

The hitch is, Ryan explained, the surest and quickest path to removing several key elements of the Affordable Care Act, i.e. Obamacare, is through a congressional maneuver called budget reconciliation. Under those rules, a simple majority in the Senate assures passage, rather than the 60 votes needed to stop a filibuster.

That's a big advantage for Senate Republicans, who hold 52 seats.

But the budget reconciliation rules limit what can be included to direct changes in taxes or spending. So removing taxes on the well-to-do and reducing Medicaid payments to states are fine. Selling across state lines might not pass muster.

"We would love for that to be in the reconciliation bill, but the rules in the Senate don't allow that to happen," Ryan said.

Parliamentary expert Molly Reynolds at the Brookings Institution in Washington told us interpreting the Senate rules is very tricky, but it's likely that the measure at hand would run afoul of two of them.

"The first is a restriction on provisions that don't actually change federal outlays or revenues," Reynolds said.

The other basically says the link to spending or taxes has to be pretty direct.

In any event, the provision for buying and selling insurance across state lines is not in the American Health Care Act, something Trump acknowledges.

"Don't worry, getting rid of state lines, which will promote competition, will be in phase 2 & 3 of healthcare rollout," Trump tweeted March 7.

Trump's promise is on hold for now. We rate this promise Stalled. 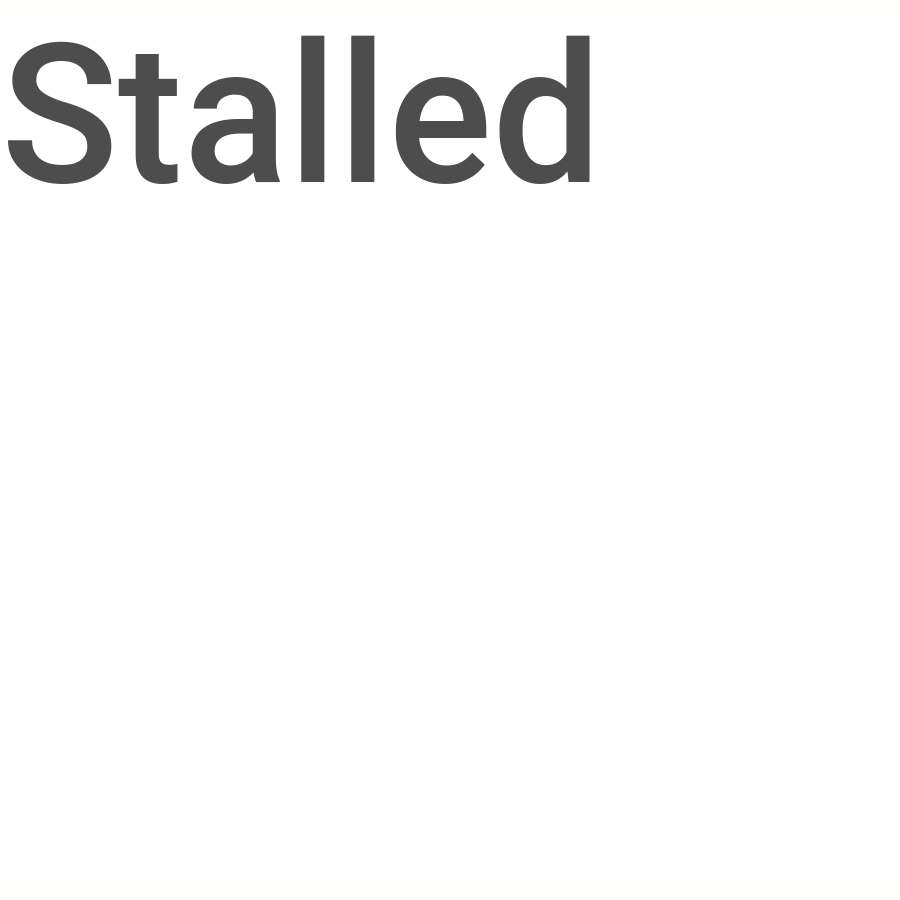