Exploring the facts as California braces for Trump’s immigration policies

San Francisco Mayor Ed Lee speaks during a meeting at City Hall in San Francisco by city leaders and community activists to reaffirm the city's commitment to being a sanctuary city. Nov. 14, 2016. AP Photo/Jeff Chiu

On the campaign trail, Donald Trump promised hard-line immigration reform, including the deportation of millions of undocumented residents across America upon taking office.

California, perhaps more than any state, would feel the deep effect of those reforms. An estimated 2.3 million undocumented immigrants -- more than 20 percent of the nation’s 11 million total -- live in the state.

Undocumented residents, their families, educators, immigration attorneys and state leaders are all bracing for change.

Many are trying to sort fact from fiction.

Recently, state Senate leader Kevin de Léon rejected Trump’s statement that "probably two million, it could be even three million" undocumented immigrants in America "are criminal and have criminal records, gang members, drug dealers." Trump said on ‘60 Minutes’ he would remove or incarcerate this population of immigrants first.

De Léon said it was "erroneous and profoundly irresponsible to suggest that up to three million undocumented immigrants living in America are dangerous criminals."

Not all of those 1.9 million people, however, are unauthorized immigrants -- some have legal status.

The Migration Policy Institute, a think tank analyzing the movement of people and policies that affect them, has estimated that only 43 percent, or 820,000, of the 1.9 million noncitizens convicted of crimes were unauthorized immigrants. Other groups say the percentage is much higher.

In the end, PolitiFact rated Trump’s claim Half True.

The details of Trump’s immigration policy might not be known for months. PolitiFact California spoke with experts, however, to explore how his stated goals could affect California’s undocumented population. We’re not rating any claims on our Truth-O-Meter, but instead answering some of the most pressing questions on the topic.

Here’s our Q&A based on interviews with several immigration experts:

1) What do we know about California’s undocumented immigrants and how many could face deportation?

California’s estimated 2.3 million undocumented immigrants are the most of any state in the nation. That total has declined sharply over the past decade due to increased border enforcement and the Great Recession.

Undocumented immigrants, however, still represent 9 percent of California’s labor force, among the highest shares of any state, said Laura Hill, an immigration expert at the nonpartisan Public Policy Institute of California.

About 70 percent of the state’s undocumented population was born in Mexico. Approximately 800,000 live in Los Angeles County, more than any other part of the state.

It’s unknown how many of California’s undocumented immigrants could face deportation.

Historically, the state has served as home for between a quarter and one-third of the nation’s undocumented immigrants, said Kevin R. Johnson, dean of the UC Davis School of Law, who has written extensively on immigration law.

"We could guess that whatever number of criminal aliens (Trump’s) going to focus on, that about 25 percent to a third are going to be in California," Johnson said.

Crimes committed by unauthorized immigrants, like those by citizens, run the gamut from minor traffic violations to major offenses such as rape or robbery.

California Democratic leaders, including Attorney General Kamala Harris who was elected to the U.S. Senate last week, have said state and federal law enforcement officials are already stretched thin and should not focus on immigrants who have committed low-level offenses.

Johnson added that Trump appears to be taking President Obama’s lead in focusing on criminal immigrants. More than 2 million people have been deported over the course of Obama’s presidency.

The Obama administration has, at times, aggressively sought to deport immigrants with relatively low-level offenses, such as driving without a license. More recently, Johnson added, the focus has been on those who have committed serious crimes.

"I think the Trump administration may go back and focus on all criminal offenders," Johnson said. "He seems to be taking a zero-tolerance position." 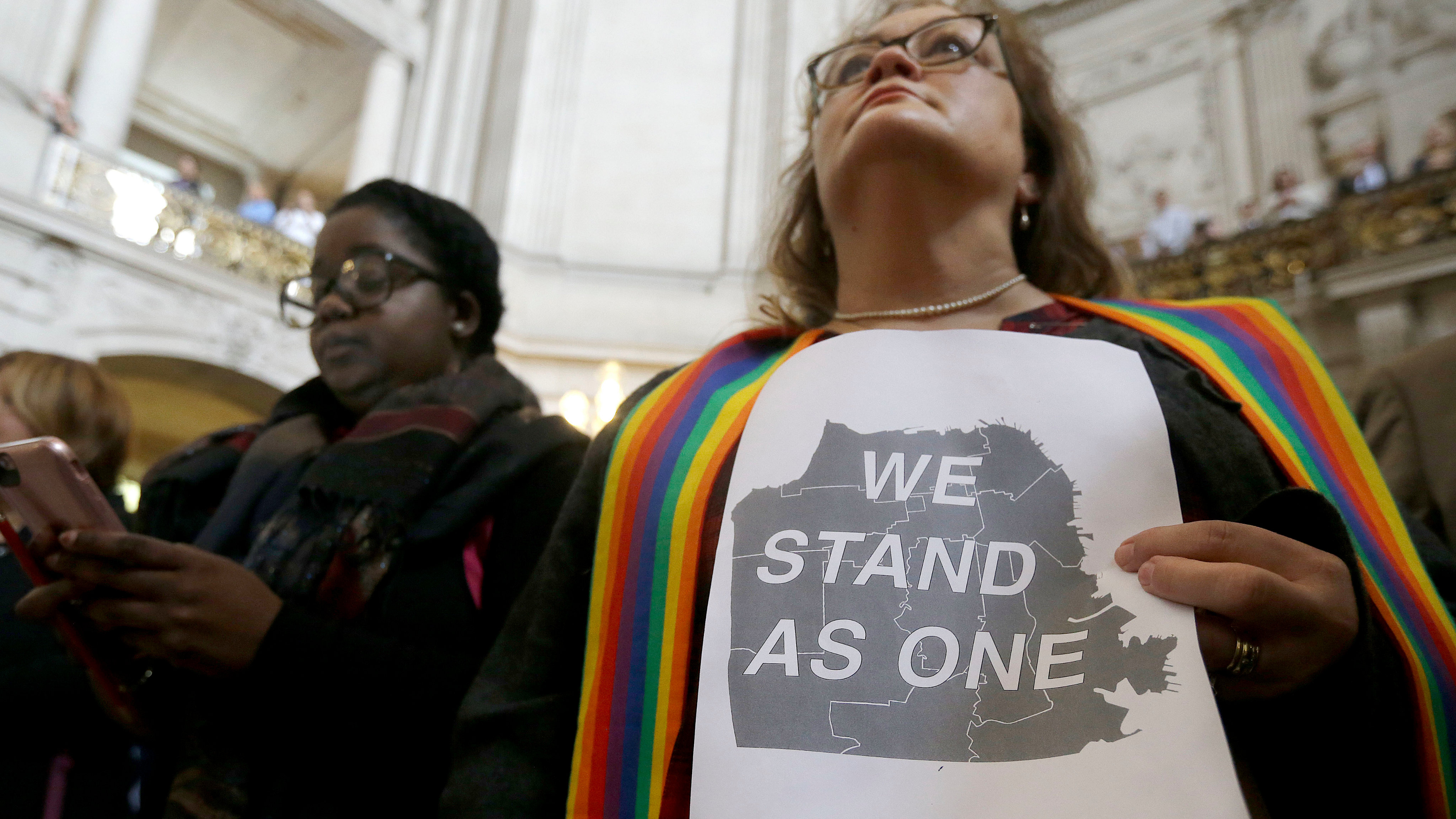 2) What’s at stake for California’s DREAMers?

Trump has called for ending Obama’s signature immigration programs that offer temporary workplace and deportation protections to unauthorized immigrants, including the so-called DREAMers.

Nearly one-third of the nation’s 740,000 DREAMers live in California. These are the undocumented immigrants who arrived in the United States as children, had no criminal record and qualified for the Obama administration’s Deferred Action for Childhood Arrivals program, known as DACA. It offers temporary workplace and deportation protections.

Trump has stated he will eliminate this, as well as DAPA, the Deferred Action for Parents of Americans and Lawful Permanent Residents, or DAPA. It offers similar protections for unauthorized immigrant parents of legal residents.

Trump refers to the programs in his 10-point immigration plan as "illegal executive amnesties."

Mary Waltermire, a Sacramento-based immigration attorney, says eliminating the programs could jeopardize the ability of thousands to work legally in the United States. It’s unknown whether Trump would eliminate the programs entirely or allow those who have already qualified to keep their current protections. Trump has not provided details on his plans.

Waltermire said many who took part in these programs are now worried the information they provided could be used against them.

"People are very concerned because they did step forward and provide all their information to the Department of Homeland Security -- where they live, where they work, where they go to school -- that they will now be in a database of people that can be targeted and picked up for deportation."

She added, however, that she does not believe DREAMers would be targeted for deportation because it would be politically unpopular.

"These are some of the most sympathetic immigrants out there who don’t have legal status yet," she said. "These are often kids that have no memory of their home country. They came when they were very young. They’ve been educated here. They feel American. But don’t have that legal status."

3) What are California’s ‘sanctuary cities’ and could the Trump administration cut off federal funding to those cities?

Trump has pledged to "cancel all federal funding to Sanctuary Cities" on his first day in office. Some three dozen California cities, including Los Angeles, San Francisco, San Jose and Oakland are all considered sanctuaries because they have policies that, to varying degrees, limit government officials from cooperating with federal immigration enforcement.

In some cases, that means city officials do not honor federal requests to hold undocumented immigrants who have committed local violations beyond their scheduled release dates.

There is, however, no legal definition for the term. Nationwide, there are an estimated 350 counties, cities and states that are considered sanctuaries.

Johnson, the UC Davis law school dean, said Trump can’t act alone on cutting off federal money for these cities. He would need Congress to define sanctuary cities and pass a law authorizing the withholding of funds.

"You’d have to at least have a majority of Congress. He may have that majority, I don’t know," Johnson said, noting the GOP controls both the House and Senate. "That’s not to say all Republicans will vote the same way."

Federal funding can account for hundreds of millions of dollars for large California cities. In San Francisco, it’s five percent of the city’s current operating budget, or about $478 million.

It’s not clear whether Trump would be able to legally withhold federal money for all types of services, such as for seniors, schools and highways.

Some Republicans in California say opposing Trump’s immigration policies isn’t worth it. Newly-elected Sacramento County Supervisor Sue Frost told the Sacramento Bee this week "if we lose the federal funds, that’s going to hurt the very people they say they are trying to help," adding she does not support the idea of sanctuary cities.

Democratic mayors from Los Angeles to Sacramento, meanwhile, have vowed to fight Trump’s policies. They say they’ll continue their cities’ practice of not asking residents their immigration status and not withholding services based on status.

"We are going to make it very clear that Sacramento will continue to be a sanctuary city," Sacramento Mayor-elect Darrell Steinberg told the Bee this week. "I can’t say it strongly enough: We are going to assure ... families and kids and anybody who is worried about their status in our community that we are going to stand with them."