Confronted by his most flagrant falsehoods, President Donald Trump finally faced the question of why he makes so many unsubstantiated claims.

"What have I said that is wrong?" Trump asked.

Trump said his instinct is usually right, and he usually finds evidence supporting his claims that the media and his critics ignore — even as he continued to cite nonexistent evidence.

Here are some of Trump’s most egregious claims from the interview with TIME Washington Bureau Chief Michael Scherer on March 22. Many of the statements are things we’ve debunked again and again.

"Sweden. I make the statement, everyone goes crazy. The next day they have a massive riot, and death, and problems."

He’s talking about comments he made at a Feb. 18 rally when Trump talked about "what’s happening last night in Sweden." He seemed to be saying that there had been a terrorist attack attributable to immigrants and refugees the night before in Sweden. But nothing happened to that effect; there hasn’t been a fatal terrorist attack in Sweden since 2010.

Two days later, a riot broke out in an immigrant-dominated neighborhood near Stockholm. But we found no reports of deaths.

"I have articles saying it happened."

The White House has cited articles from the BBC, HeatStreet, the New York Times, the National Review and a transcript from Fox News’ Special Report with Bret Baier. Not one of these articles supports Trump’s claim.

Trump has emphasized a New York Times report that ran with the print headline, "Wiretapped Data Used in Inquiry of Trump Aides."  The report says the FBI has used intercepted communications in its investigation of several Trump associates and their ties to Russia. But It does not say that Obama ordered this surveillance, nor does it say Trump’s own phones were tapped or that he was under surveillance in any way. Trump’s claim is still wrong.

House Intelligence Committee Chair Rep. Devin Nunes, R-Calif., said March 22 that members of Trump’s transition team — and possibly Trump himself — were inadvertently caught up in intelligence surveillance after the November election. This does not mean Trump is right. He implied that Obama targeted him in a possibly illegal manner, while Nunes said he found evidence intelligence agents inadvertently caught up Trump associates during legal and routine surveillance of others. Those are two different things.

When the TIME reporter asked Trump about his infamously wrong claim, Trump said a reporter "wrote the story in the Washington Post."

There was a Washington Post story that said law enforcement officials questioned people who were allegedly celebrating the attacks on their roofs. But this story was inconclusive at best. The reporter later said he visited that neighborhood to investigate, "but I could never verify that report." We have seen no other evidence that supports Trump’s claim. It’s still rated Pants on Fire.

Says Anthony Weiner had all of Hillary Clinton’s emails

"Anthony, you know, what I tweeted about that whole deal, and then it turned out he had it, all of Hillary’s email on his thing."

Trump is greatly exaggerating. Anonymous sources told the Wall Street Journal that sometime during the election, the FBI found 650,000 emails on a laptop seized from former New York congressman Anthony Weiner, who is under investigation for allegedly exchanging sexually explicit text messages with a minor. Weiner is separated from Huma Abedin, a longtime aide to Clinton.

But not all of those 650,000 emails were sent to or from the Clinton server, and conversely, Weiner’s laptop did not contain all of Clinton’s emails.

On NATO and terrorism

Says he said, NATO was "obsolete because it doesn’t cover terrorism. They fixed that."

This is incorrect -- in two ways.

First, as we previously noted, the idea that NATO hasn’t been responsive to terrorism is not true. We found many ways that NATO has worked against terrorism, particularly since 9/11.

"NATO invoked Article 5, its collective defense provision, the day after the 9/11 attacks and has focused on dealing with this threat ever since, including most importantly by deploying troops for the past 12 years in Afghanistan," said Ivo H. Daalder, president of the Chicago Council on Global Affairs.

We also found problems with Trump’s previous claim of credit for pushing NATO to fix its supposed terrorism shortcomings.

This refers to a new position officially announced in a communiqué on July 9, 2016, in Warsaw, Poland. However, experts said the change was neither especially significant nor prompted by Trump.

As for Trump’s role, "This is almost certainly just an odd coincidence," said Timothy Andrews Sayle, an assistant professor of modern global security at the University of Toronto. "The position would be the result of a very long slog by those who have favored the idea against those who may believe the alliance too large and diffuse to be effective – or safe – for sharing detailed intelligence."

On Allies’ financial support for NATO

"I said that the (NATO) allies must pay. Nobody knew that they weren’t paying. I did. I figured it."

Trump has a point here, though saying "nobody" knew about it is an exaggeration.

As of 2014, NATO’s collective agreement directed members to spend 2 percent of their GDP on defense spending by 2024, we have written. According to NATO, only five counties meet that obligation today: the United States, Greece, Estonia, Poland and the United Kingdom.

"The relatively low levels of military spending among U.S. allies is completely rational," said Christopher Preble, the vice president for defense and foreign policy studies at the libertarian-leaning Cato Institute. "They don't see a pressing need to spend more."

Trump added that he specifically told German Chancellor Angela Merkel, "you have to pay your NATO bills." Germany only spends 1.2 percent of its GDP on defense spending, but the country doesn’t owe anything to NATO.

"Well, I think I will be proved right about that, too."

We have repeatedly found zero evidence to support the 3 million votes claim that Trump tacitly stood by here -- and a lot of reasons to conclude that it didn’t happen.

Generally, academic research suggests that voter fraud is not widespread, and ProPublica, an investigative journalism project, tweeted that "we had 1,100 people monitoring the vote on Election Day. We saw no evidence the election was ‘rigged’ " and "no evidence that undocumented immigrants voted illegally."

The claim "is patently false," said Costas Panagopoulos, a Fordham University political scientist. "There would need to be a massive national conspiracy and coordination effort to do this, and illegal aliens would need to be on the voter rolls in states across the country months earlier to be eligible to vote."

Trump’s claim was lifted straight from the pages of the National Enquirer. The sole "evidence" for his claim is a grainy photograph that shows Oswald with a man who may bear a resemblance to Rafael Cruz. But facial recognition software and experts told us the image is too degraded to offer much confidence.

At the same time, numerous historians of early 1960s pro-Castro advocacy said they have never seen evidence of Cruz associating with Oswald. They said they consider Trump’s claim to be implausible at best and ridiculous at worst. We rated it Pants on Fire.

"I assume this is going to be a cover too, have I set the record? I guess, right? Covers, nobody’s had more covers."

The interviewer responded, "I think Richard Nixon still has you beat." That’s correct. As of the time of the interview, Trump had been on Time’s cover 11 times. Richard Nixon alone made it 55 times.

Whether Trump inherited an economic ‘mess’ from Obama

"I inherited a mess with jobs, despite the statistics."

First, let’s debunk the notion that Trump inherited "a mess with jobs." We’ve already done it twice (once with eight data visualizations).

Obama was the one who inherited a mess. At his inauguration, the unemployment rate had spiked from 5 percent to 7.8 percent, on its way to 10 percent a few months later. A rising tide of middle-class families were losing homes, turning to food stamps and seeking government-sponsored health care for the first time.

While the economy Obama handed Trump eight years later was imperfect in some ways and in some places, it was vastly improved overall. When Trump took office, the unemployment rate was 4.7 percent; there had been 75 consecutive months of job growth; rising stock prices, home values, corporate profits and consumer confidence; low inflation; and, following several years of sluggish income growth, a record spike in middle-class incomes. Real household debt was lower than it was in 2006.

The official employment statistics are ‘not real’

"You know, my (economic) statistics are even better, but they are not the real statistics because you have millions of people that can’t get a job, okay?"

Trump has a long record of making highly dubious statements about the quality of the United States’ employment statistics, which have been collected on a non-partisan and methodologically consistent basis for generations by the Bureau of Labor Statistics. Trump is dabbling in conspiracy thinking when he calls BLS statistics "not real."

Some unemployment figures don’t include people who would like to work but who haven’t actively looked for work in recent weeks. For that reason, the BLS also calculates an alternative statistic -- known by its technical name, U-6 -- that defines unemployment more broadly. Currently, the official unemployment rate is 4.7 percent, but the broader U-6 measure shows it as 9.2.

However, both statistics are equally "real," and the U-6 rate is just as easily accessible on the BLS website as the regular unemployment rate is. 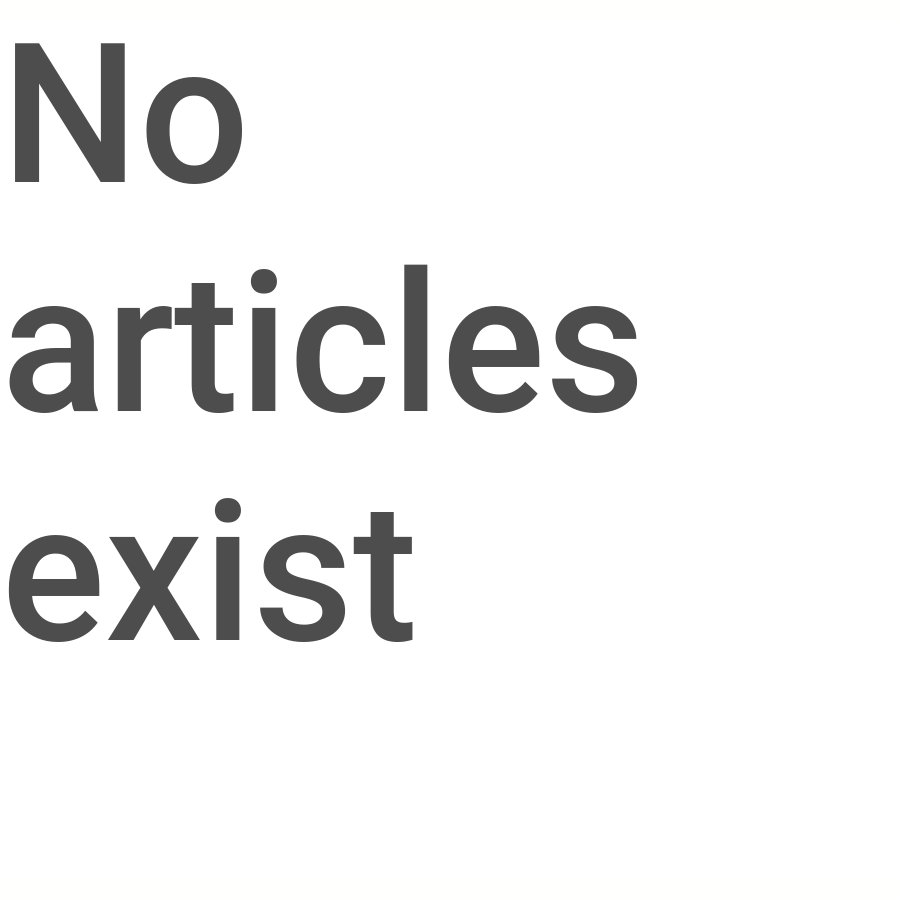 PolitiFact Rating:
No articles exist
On Barack Obama tapping his phones: "I have articles saying it happened."
Donald Trump
President of the United States