Donald Trump claims Doug Jones is 'weak on the border.' Here's what we found
By Miriam Valverde November 28, 2017

While President Donald Trump hasn’t explicitly endorsed Republican Roy Moore in the Alabama Senate race, he has been straightforward in his opposition of Doug Jones, the Democrat also vying for the Senate seat in the Dec. 12 election.

"The last thing we need in Alabama and the U.S. Senate is a Schumer/Pelosi puppet who is WEAK on Crime, WEAK on the Border, Bad for our Military and our great Vets, Bad for our 2nd Amendment, AND WANTS TO RAISES TAXES TO THE SKY. Jones would be a disaster!" Trump tweeted Nov. 26.

The last thing we need in Alabama and the U.S. Senate is a Schumer/Pelosi puppet who is WEAK on Crime, WEAK on the Border, Bad for our Military and our great Vets, Bad for our 2nd Amendment, AND WANTS TO RAISES TAXES TO THE SKY. Jones would be a disaster!

Jones and Moore are seeking the Senate seat vacated by Jeff Sessions, who now leads the U.S. Justice Department.

We wanted to know if Jones is "weak on the border" as Trump claimed. We are not rating this claim on the Truth-O-Meter because it's an opinion, but we can explore Jones' position on border security. We found that Jones opposes Trump’s border wall, but no indication that he is against other border security measures.

The White House did not offer on-the-record comments to support Trump’s claim that Jones is "weak on the border."

The priorities section of Jones’ campaign website does not include immigration or border security. There’s no reference to these topics on other pages of his website.

"Doug supports border security — he is committed to ensuring the national security of the United States, and that includes maintaining the integrity of our borders against all threats. He believes in utilizing the most advanced and effective technology to secure the border and help keep Americans safe," Jones campaign spokesman Sebastian Kitchen told PolitiFact.

He told Fox News on Nov. 18 that he was against the construction of the wall because "it’s too expensive."

"I don’t think we need to be spending $20 billion," Jones told Fox News. "I want to put it on health care, I want to get tax cuts for the middle class."

In July, Jones told the Montgomery Advertiser: "The last wall that was constructed to stop people’s movements between countries was the Berlin Wall. The United States of America is better than that."

He also told the newspaper that he favored changes in administrative procedures for legal immigration.

"If we can make a more streamlined process of allowing immigrants into this country legally without all of the backlogs and quotas, we would have far less undocumented immigrants," Jones told the Montgomery Advertiser.

In a June interview with the Alabama Political Reporter, Jones affirmed his opposition to a border wall, but said, "I do want to see more border security."

Jones’ immigration-related comments have focused on his support for Deferred Action for Childhood Arrivals, or DACA, a program that prevents the deportation of young immigrants who came to the country illegally when they were children.

Trump is phasing out DACA, but gave Congress time to find a legislative solution for its beneficiaries.

Overall, Trump’s claim appears to be based on Jones' opposition to Trump’s promised border wall. Jones has said he is against a border wall, but wants to see more border security, including advanced technology. 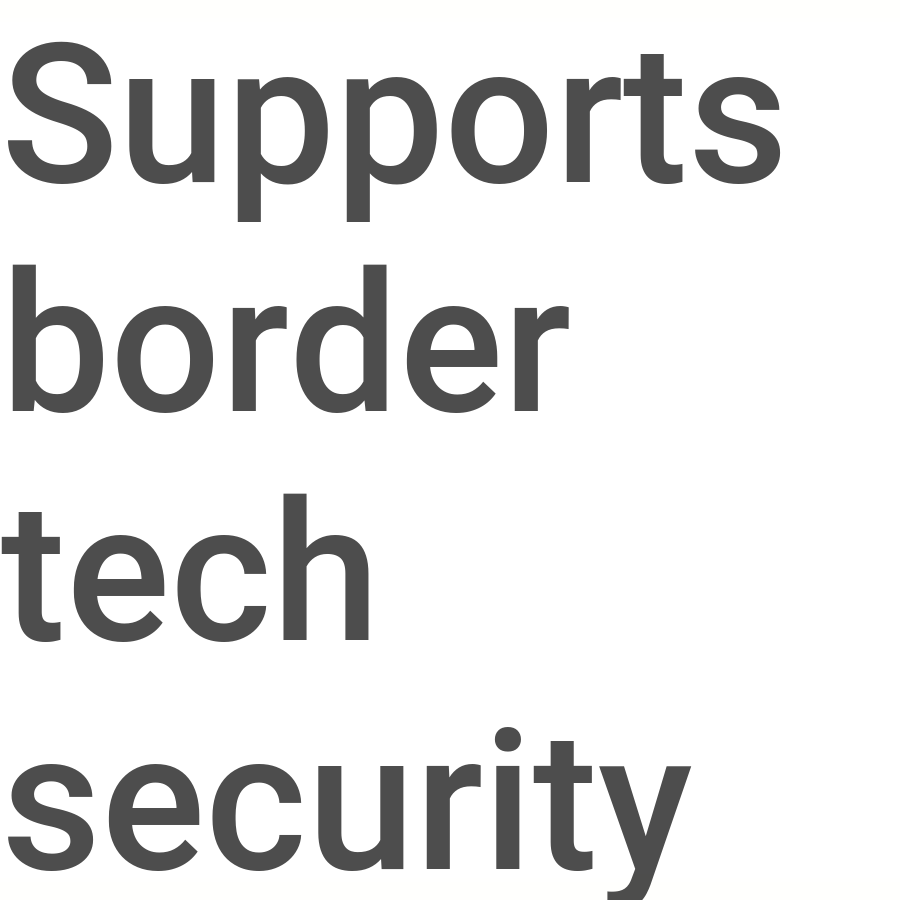