How are school shootings defined?

Students are evacuated by police from Marjorie Stoneman Douglas High School in Parkland, Fla., on Wednesday, Feb. 14, 2018, after a shooter opened fire on the campus. (Mike Stocker | South Florida Sun-Sentinel via AP)

Just how many school shootings have there been since Sandy Hook?

There’s no set figure because there’s disagreement over how to count these tragic crimes.

After 17 people were killed in the Parkland, Florida school shooting on Valentine’s Day, national news outlets described it as the 18th school shooting so far this year. In many cases, however, the news reports failed to say that total included two suicides, three accidental shootings and nine incidents in which there were no fatalities or injuries. 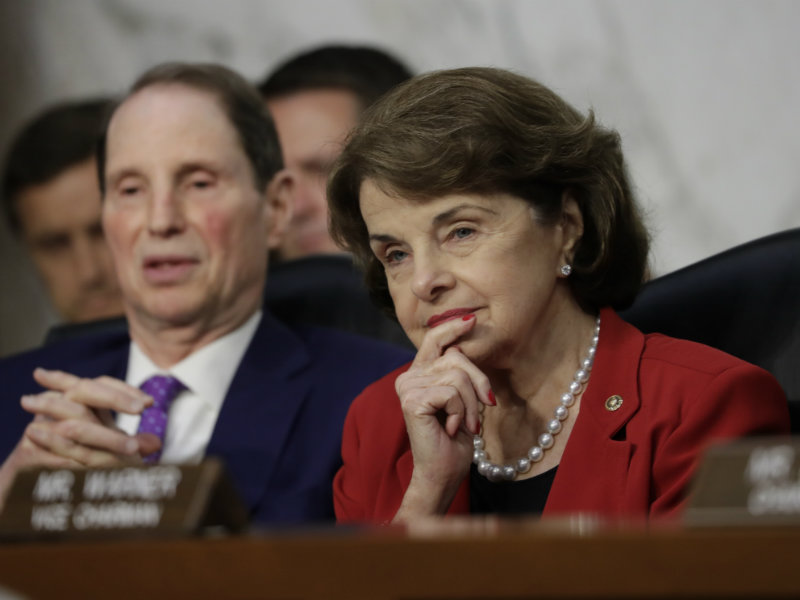 She referred to the shooting that killed 20 first graders and six adults at Sandy Hook Elementary School in December 2012 in Newtown, Conn. It remains the nation’s deadliest school shooting.

Feinstein is running for re-election and is being challenged by a fellow Democrat, State Sen. Leader Kevin de León.

She is and has long been a leading gun control advocate. Feinstein authored the 10-year federal assault weapons ban that expired in 2004. She introduced legislation to again ban the high-powered guns in 2017.

Feinstein’s claim on the number of school shootings grabbed our attention. But given the competing definitions for these crimes, we did not rate it on our Truth-O-Meter.

As we found when we studied the definition of mass shootings after the deadly Las Vegas rampage in October 2017, there’s no legal definition or consensus for how best to define a school shooting.

Instead of assigning Feinstein’s claim a rating, we will compare her tally to those of advocacy and research groups to see where it fits amid this unsettled debate.

Feinstein’s spokesman told us the senator relied on this New York Times article from February 18, 2018: "After Sandy Hook, More Than 400 People Have Been Shot in Over 200 School Shootings."

The article analyzed data from the Gun Violence Archive, a nonprofit group that tracks shootings nationwide. The Times’ analysis found at least 239 school shootings, in which 438 people were shot, of whom 138 were killed, since Sandy Hook.

But how does the Gun Violence Archive define a school shooting?

We reached out to the website to further clarify this definition but did not hear back. It’s not clear whether its tally includes suicides, which account for a significant portion of gun deaths nationwide. It’s also uncertain whether shootings between individuals not affiliated with the school are counted. 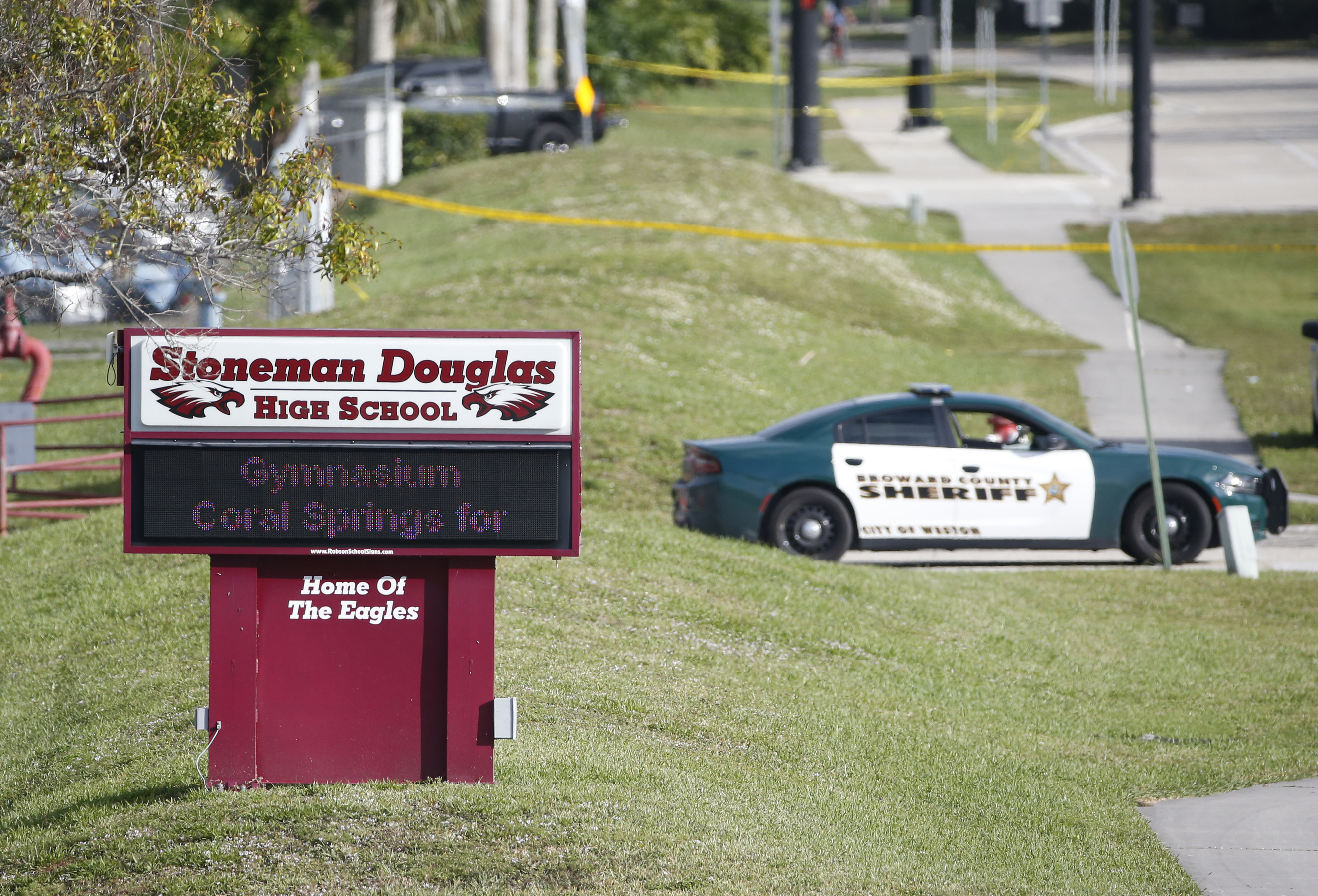 Everytown, an advocacy group co-founded by former New York Mayor Michael Bloomberg that seeks to prevent gun violence across the country, uses a broader definition. It has logged nearly 300 school shootings since 2013, shortly after Sandy Hook.

Everytown defines these incidents as any time a firearm discharges a live round inside a school building, or on a school campus or grounds. Its database, however, includes incidents where no one was injured; attempted or completed suicide, with no intent to injure others; and cases when a gun was fired unintentionally, resulting in injury or death. The list covers schools from elementary through college.

One example includes a student shot in an attempted robbery after school hours in a parking lot. Another included the accidental discharge of a school police officer’s gun.

"Every time gunfire breaks out on school grounds, it can shatter a child's sense that they are safe in their school and in their community. Tracking each of these incidents is an important way to measure some of the many ways that shootings affect children in this country," Sarah Tofte, director of research and implementation at Everytown, was quoted by CNBC in an article examining the incidents.

The widely shared but misleading statistic of 18 school shootings from Jan. 1, 2018 through the Parkland shooting was traced to Everytown’s tally.

Time.com examined Everytown’s tally of school shootings since 2013 but used a more limited definition for the crime.

• At least one victim was injured or killed

• The attack occurred on school property, including the parking lot, though not necessarily during school hours.

• Injuries are counted only if they resulted from gunfire, not the ensuing chaos

It found only 63 of the incidents tallied by Everytown met this definition. Time.com also noted that "23 mainly involved gunfire exchanged at night in a school parking lot between people who were not affiliated with the school."

How many have been mass school shootings?

In recent years, mass shootings have been resulting in more casualties. The Congressional Research Service found that from 2007 to 2013, there were seven mass public shootings in which 10 or more people were killed, and two of those incidents happened in schools. Those were the 2007 Virginia Tech shooting and the 2012 shooting at Sandy Hook Elementary School in Connecticut.

Throughout a 34-year span, from 1966 to 2006, there were six mass public shootings that resulted in the deaths of 10 or more people. Two happened in educational institutions: the 1966 tower shooting at the University of Texas, Austin, and the 1999 shooting at Columbine High School in Littleton, Colo.

Similar to school shootings, the criteria for mass shootings is unsettled.

The debate over what constitutes a school shooting continues. Current definitions are wide apart.

As a result, it’s difficult to judge Feinstein’s claim of more than 200 school shootings since Sandy Hook. Her office cited a New York Times article that reported at least 239 school shootings, based on an analysis of data from the Gun Violence Archive.

While the Gun Violence Archive defines a school shooting as incidents that occur on school property when students, faculty or staff are on the premises, other groups such as Everytown have broader definitions. Still other groups propose more limited criteria.

Current conversation centers, as it should, on how we can stop these tragic incidents rather than how we define them. The one thing everyone agrees on is that students should be able to attend classes without fear of being shot.

Until there is a clear and accepted definition, we’ll be reluctant to give a rating. And our real hope is that there won’t ever be any other school shootings to write about.

PolitiFact Oregon: How many school shooting incidents has the U.S. had since Sandy Hook?, June 11, 2014