What are the facts on police shootings following death of Stephon Clark?

Those stark three digits represent Stephon Clark on Fatal Force, The Washington Post’s grim tally of people shot and killed by police across America so far this year.

The Post created the count after protests exploded in the streets of Ferguson, Mo. in August 2014. The unrest followed the death of Michael Brown an unarmed, 18-year-old black man, who was killed by a police officer after an altercation in which the officer said Brown reached for his gun.

Now, the national spotlight is on Sacramento, Calif., where Clark, 22, was shot to death in his grandparents’ backyard by two Sacramento police officers, on March 18, 2018.

Responding to a call of a man breaking car windows, they fired 20 times at Clark, who they said was advancing toward them with a gun. Later, it was revealed, he was carrying a cellphone.

Since Clark’s death, demonstrators have briefly shut down Interstate 5, a main freeway in the Capital City, disrupted a Sacramento City Council meeting and twice forced the Sacramento Kings to shutter their downtown basketball arena before thousands of fans could enter. During the raucous but mostly peaceful actions, demonstrators have called on the city to change the way police confront suspects — a sentiment Sacramento Mayor Darrell Steinberg has said he agrees with.

Amid the protests, many have used Clark’s death to make claims about police shootings. We focused on a recent statement by nationally-known civil rights attorney Benjamin Crump, who is representing the Clark family and previously represented the family of Trayvon Martin, a black youth shot to death by a neighborhood watch coordinator in a high-profile case in Florida.

Crump made this statement on March 26, 2018 at a press conference in Sacramento:

"The Clark family isn’t the only family who has had to endure this long pain and suffering. Since 2015, 73 families have had to endure similar experiences. Over 70 black men have been shot unarmed."

We haven’t rated Crump’s claim on our Truth-O-Meter — we typically stick to statements by politicians. Still, we examined it because it’s emblematic of the kind of assertion that’s taken off since Clark’s death. 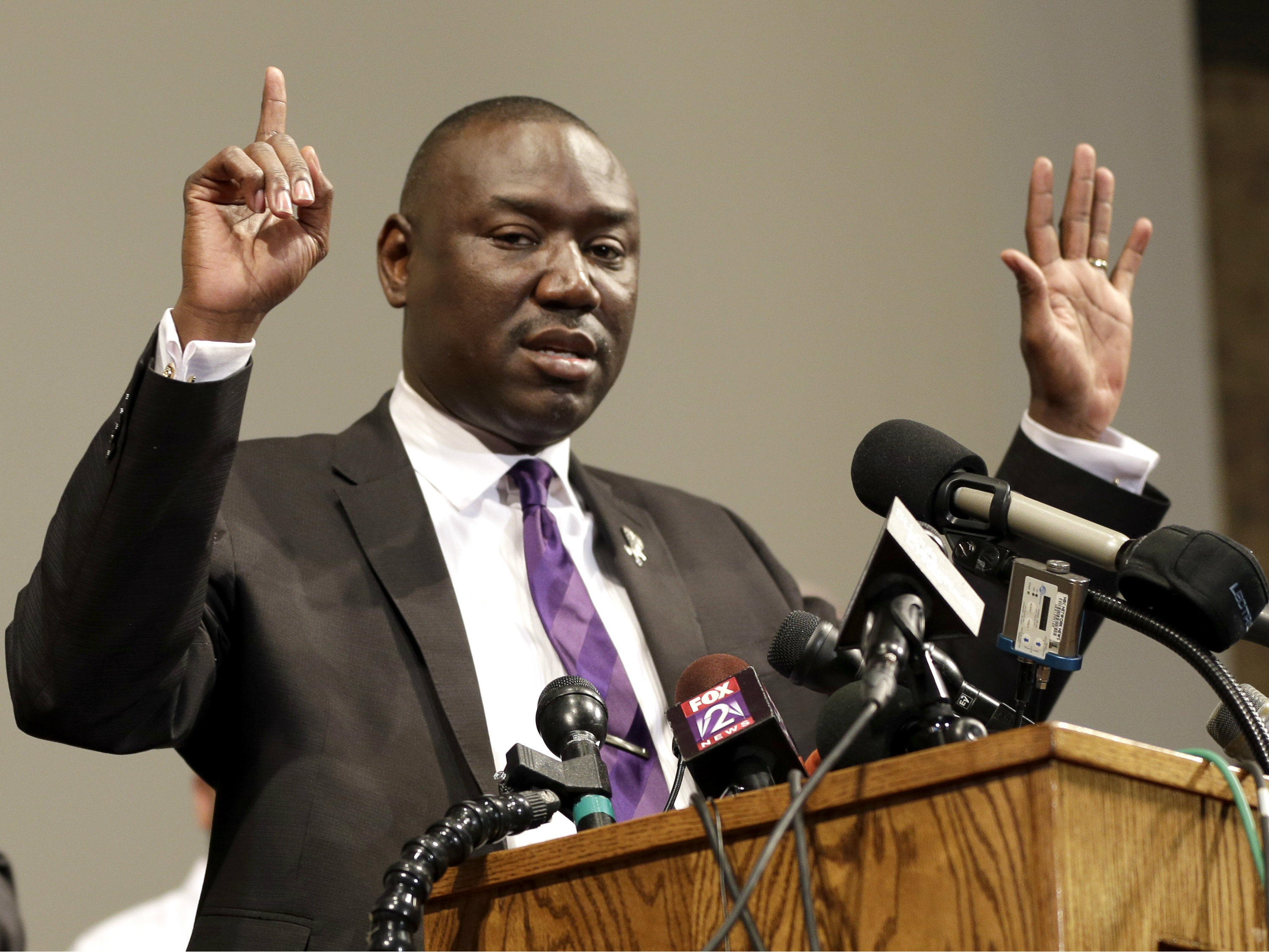 We relied heavily on research by The Post’s database. It tracks the number of fatal shootings by police officers in the line of duty since Jan. 1, 2015, which matches with Crump’s timeframe.

There’s demographic data for each entry, including age, race, whether the person killed was armed, suspected of having a mental illness and whether they were fleeing the scene.

There are other resources, including figures from the FBI and U.S. Centers for Disease Control. But as the Post reported, federal "officials acknowledge that their data is incomplete. Since 2015, The Post has documented more than twice as many fatal shootings by police as recorded on average annually."

As Reuters reported in December 2016, "the problem is that the federal government bases its count of police killings on data provided voluntarily by police departments, which in the past has ‘resulted in a significant underestimate of the number of annual arrest-related deaths,’ according to a report this month from the Bureau of Justice Statistics at the U.S. Department of Justice."

Data from Fatal Force show there have been nearly 1,000 people of all races shot and killed by police each year since 2015 across the United States.

In 2018, there have been 43 black people shot and killed by police through March 28, according to the database. 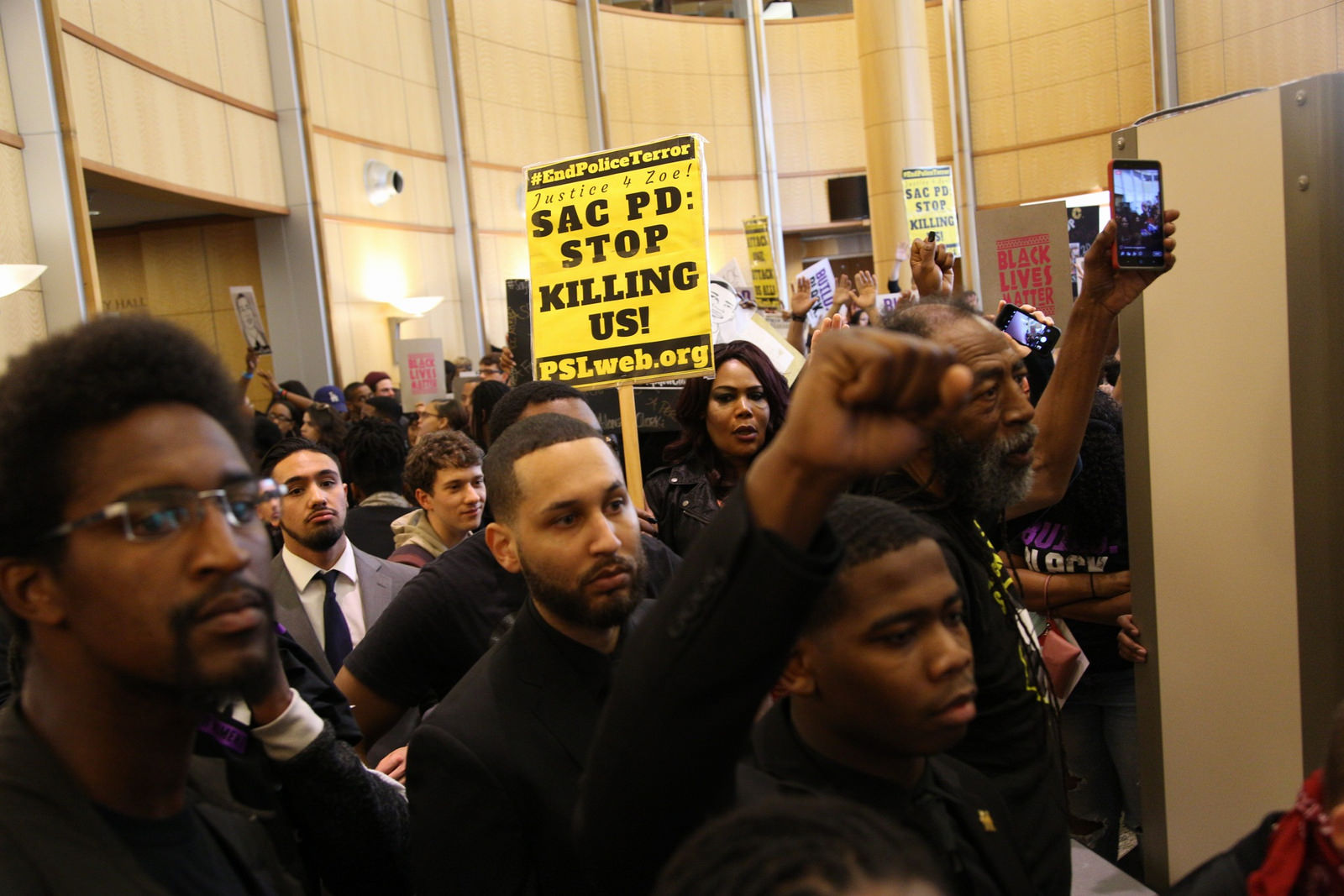 Since 2015, the tallies show that 25 percent of those killed by police were black, a disproportionate share given that African-Americans comprise 12 percent of the nation’s population.

The figures demonstrate a fact "that’s absolutely true," that blacks are more likely to be shot and killed by police compared with other races, said D. Brian Burghart, a journalism instructor at the University of Nevada at Reno.

In 2012, Burghart started tracking all deaths caused during interactions with police in a database called Fatal Encounters. He described The Post’s reporting on police shootings as "generally accurate."

Along with African-Americans, he said Native Americans and individuals with mental illness are also disproportionately shot and killed by police.

There’s debate about whether figures from Fatal Force and similar databases prove racial bias in police shootings. Roland G. Fryer Jr., a professor of economics at Harvard University, found in his January 2018 study that black men and women are treated differently when it comes to police stops.

But when it comes to the most lethal form of force — police shootings — the study finds no racial bias, as The New York Times reported.

"It is the most surprising result of my career," Fryer Jr. told The Times.

These figures support the attorney’s claim.

Each number represents a human life cut short. They are encounters that can traumatize a community, as well as the law enforcement officers involved.

The database, while it includes links to news articles describing the shootings, is not a resource that explores the legal justification of the shootings.

Instead, it reflects the mounting tally of these violent and increasingly scrutinized interactions with police across America.

Eleven days later, that number was 264.

Do you have an idea for a fact-check on police shootings? Have you heard something that makes you say: ‘Is that true?’ If so, fill out a form here with your idea. Email us at [email protected], or contact us on Twitter or Facebook.

The New York Times, Surprising new evidence shows bias in police use of force but not in shootings, July 11 2016

The Marshall Project, Killings of black men by whites are far more likely to be ruled "justifiable", August 14, 2017