It’s debate time: How have the candidates for California governor fared with the facts?

When claims and counterclaims fly at the California gubernatorial candidates’ debate on Tuesday, PolitiFact California will be listening — and examining the facts.

The field’s top six candidates are set to participate in the debate, which will be held in San Jose. It’s called "Decision 2018: The Race for Governor" and will be moderated by Chuck Todd, NBC’s moderator of Meet the Press.

Candidates will make their cases to voters less than one month before the June 5th Primary election. 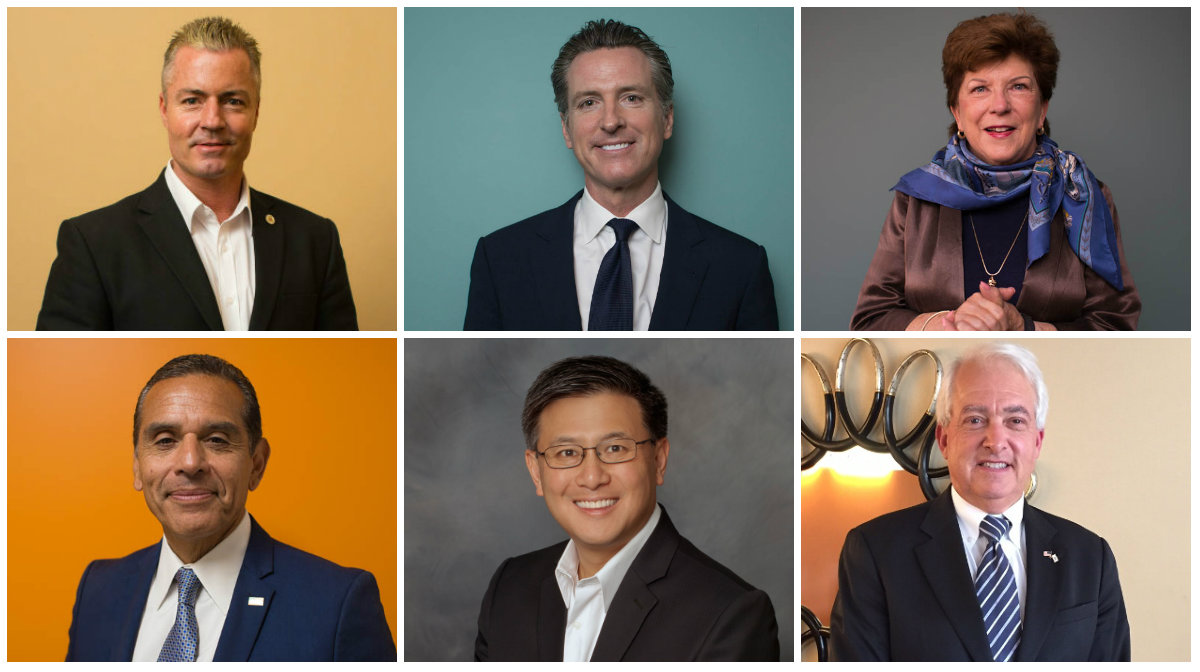 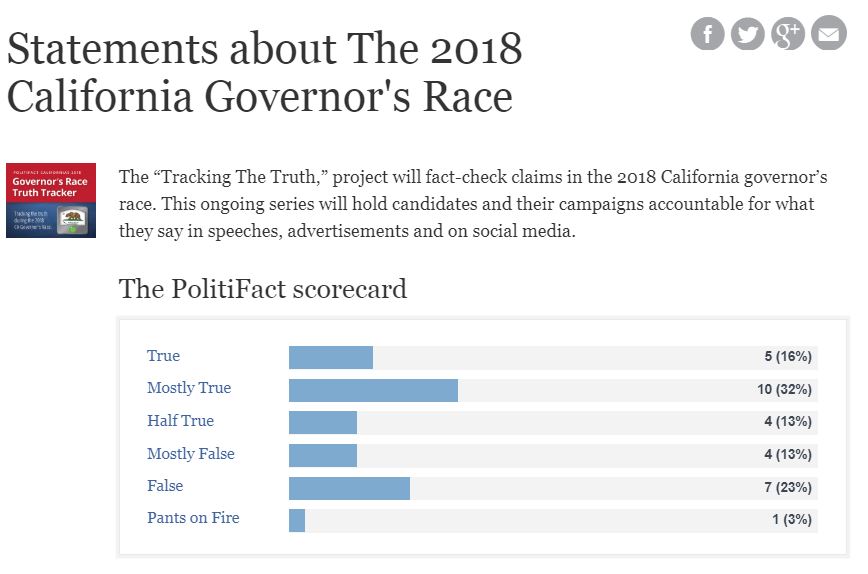 Visit here for a dynamic view of the page above.

Those topics, along with immigration, the environment and transportation are all expected to come up Tuesday.

In an article last month, we inspected claims in TV ads by Newsom and a group that supports Villaraigosa. Newsom’s ad asserted he was "the first mayor to recognize marriage equality," a statement we found squares with the facts. It also said Newsom was "the first to take on the National Rifle Association and win." We later rated False that contention, noting other Californians, such as U.S. Senator Dianne Feinstein, took on the gun lobby and won long before Newsom.

The ad supporting Villaraigosa was paid for by an outside group that advocates for charter schools. One of its claims says Villaraigosa "brought police and residents together" and reduced "violent crime by nearly 50 percent" while he was mayor of Los Angeles. We rated  Mostly True a similar statement last year after we found LAPD crime statistics support the assertion. We also noted that violent crime had been falling well before Villaraigosa took office.

Record with the truth?

Newsom and Villaraigosa have made numerous statements about their records as mayors of San Francisco and Los Angeles, respectively. Here are examples of our past examinations of claims about their accomplishments:

Last year, we published an article titled: Did Gavin Newsom get his facts right on universal health care? It took a deep look at Healthy San Francisco, a program Newsom signed into law as mayor and has touted on the campaign trail. We found that it’s a unique program covering a wide group of people but it can’t be used outside city limits and should really be considered universal access to health care.

We also fact-checked Villaraigosa’s refrain that he helped boost high school graduation rates in Los Angeles from 44 percent to 72 percent.  We found Villaraigosa doesn’t get all the credit but did play an outsized role. He helped elect a reform-minded school board, install a superintendent and created a nonprofit that took control of and helped improve the district’s worst performing schools.

When the candidates have weighed in on current topics, we’ve fact-checked those statements, too. In March, we probed an eye-opening claim by Allen that homelessness has "skyrocketed in California," leaving the state with the nation’s "highest homelessness rate and the nation’s highest homeless population." His claim was close to the mark and we rated it Mostly True.

The same month we rated True Newsom’s remark that "California is 49th out of 50 in the United States in per capita housing units. Only Utah can lay claim to being lowest in per capita production." A well-respected report on the topic backed up his claim.

Chiang weighed in on affordable housing with this claim last year: "Since I’ve been the state treasurer, we’ve increased the building, construction of affordable housing by 80 percent." We found it omits the fact that less than half of this construction included new units added to the housing supply. The majority were rehabilitation projects on existing homes, which helps preserve affordable housing, but don’t necessarily expand it. We rated it Half True.

On single-payer healthcare, an issue that’s been hotly debated in the campaign, we rated Half True Villaraigosa’s claim in March that a proposal that stalled in the Legislature "would force seniors off of Medicare." His statement gives the impression that seniors would be forced off Medicare and left without healthcare, which is far from the plan’s stated goal.

On the campaign trail, Cox has criticized the state’s high fees and taxes, which rank among the highest in the nation. He stumbled, however, when he made the False assertion last year that Californians pay "the highest electricity bills" in the nation. We found electricity rates in California are higher than in many states. Customers in the energy-efficient state, however, consume far less electricity than the national average, driving down the cost of bills.

Finally, we’ve placed claims by Eastin on our Truth-O-Meter, as well. Last fall, she said California had built just six college campuses "but 23 prisons" since 1965. She was right about the number of prisons but way off the mark on colleges: California has opened 41 community colleges, three California State University campuses and one University of California campus for a total of 45 campuses since 1965. We rated her claim False.

We expect candidates will spar over these topics and more on Tuesday. When they do, we’ll be there to see whether they stick to the facts.

Send us your suggestion for a fact check!

Following the debate, at 8:30 p.m. Tuesday, we’ll discuss claims that caught our attention on Facebook Live. Tune in and send us your ideas for a fact check.

You can also email us at [email protected], or contact us on Twitter. Visit our Tracking The Truth page for all our fact checks in the 2018 California governor’s race.

Tuesday's debate will take place at the California Theatre in downtown San Jose from 6:30 to 8 p.m. It will be offered for live broadcast on TV and radio throughout California by stations affiliated with NBC, Telemundo, and NPR, including Capital Public Radio in Sacramento.