Republicans opened their 2020 national convention with speeches touting President Donald Trump’s accomplishments interspersed with dark ruminations about what Democrats have in store for America if Joe Biden is elected.

"Do you believe in American greatness, believe in yourself, in President Trump, in individual and personal responsibility?" asked Kimberly Guilfoyle, a Trump supporter and former Fox News personality. "They want to destroy this country, and everything that we have fought for and hold dear. They want to steal your liberty, your freedom."

The president’s son Donald Trump Jr. sounded a similar theme: "It starts by rejecting radicals who want to drag us into the dark, and embracing the man who represents a bright and beautiful future for all. It starts by re-electing Donald J. Trump president of the United States."

Elected officials and former administration members who spoke Monday night included Sen. Tim Scott and former U.S. ambassador to the United Nations Nikki Haley, both of South Carolina. Their speeches focused on their own biographies but also contrasted the Republican Party and Trump with "radical" or "socialist" Democrats.

We fact-checked several claims from speakers during the convention’s first evening. 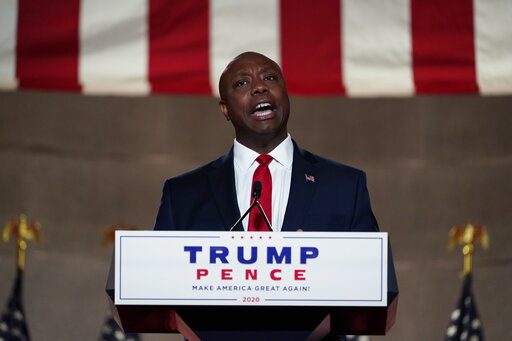 "We actually saw revenues to the Treasury increase after we lowered taxes in 2017. Rest assured the Democrats do not want you to know that."

Tax revenues rose by 0.4% between fiscal year 2017 and fiscal year 2018 (federal fiscal years run from Oct. 1 to Sept. 30.). But that small increase disappears once you account for inflation.  The Committee for a Responsible Federal Budget, a group that favors shrinking the federal deficit, found that once you adjust for inflation, tax revenues actually fell by about 1.6%. When you factor in economic growth, revenues fell even more.

In fact, the actual amount of tax revenue collected in FY2018 was significantly lower than government projections made before the tax package was signed into law, according to a February 2020 analysis by the Brookings Institution.

"In 1994, Biden led the charge on a crime bill that put millions of Black Americans behind bars."

This needs context. Analysts don’t cast the 1994 crime bill as the sole driver for mass incarceration. Experts say Biden’s 1994 bill was part of a trend that was already underway on the state level.

But it’s impossible to draw a straight line between those changes and the crime bill, experts say. Also, criminal policy is driven mostly by state and local decisions, not federal.

"The act didn’t cause mass incarceration," Hadar Aviram, a law professor at the University of California, Hastings told us in 2019. "Prison populations started rising two decades earlier, in the early 1970s, and by 1994 had already more than tripled, from 300,000 to over 1 million."

The U.S. prison population continued to rise after the 1994 act took effect. But the overall rate of growth slowed down. 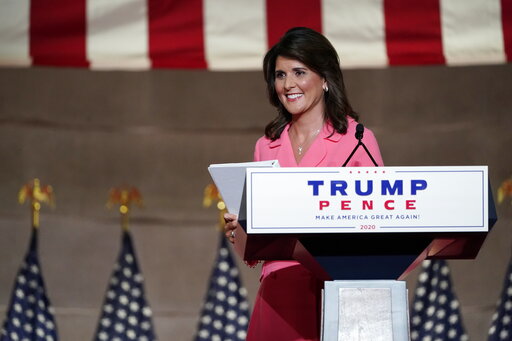 This is False. Biden has said he said that "no new taxes" would be imposed on anyone making under $400,000.

Biden’s proposal would repeal provisions in Trump’s tax law for taxpayers earning over $400,000. Specifically, Biden would:

The Committee for a Responsible Federal Budget, a group that’s hawkish on the federal budget deficit, has confirmed that no direct taxes would be imposed on any household making less than $400,000 per year. Households below $400,000 a year could face small income losses indirectly, largely from the portion of higher corporate taxes that companies pass along to their workers through constraints on compensation. The vast majority of the income losses from the Biden tax proposal would fall on the top one-fifth of incomes, and especially on the top 1%, experts found.

"When we brought in good-paying jobs (to South Carolina), Biden and Obama sued us. I fought back, and they gave up."

This partially accurate recounting of a labor dispute exaggerates some of the details.

Harking back to her time as South Carolina governor, Haley is referring to a hearing process between the National Labor Relations Board and airplane manufacturer Boeing after the company decided to start a production line in South Carolina. (It wasn’t technically a lawsuit.) Boeing’s move in 2009 was essentially taking some work away from union plants in Puget Sound, Wash.

The International Association of Machinists and Aerospace Workers union complained, and the federal board started a hearing process against Boeing on the grounds that it built its factory in South Carolina to punish the union. Retaliation of that sort, if proven, violates federal labor law.

The union and Boeing eventually struck a four-year deal in December 2011 that provided raises, job protections and a commitment to make more planes in the Puget Sound area. With the South Carolina plant no longer seen as a threat to jobs in Washington state, the union dropped its complaint and the NLRB ended the process.

As for the political overtones that Haley mentioned, while the case was handled by the Obama-appointed general counsel, it never came before the four board members that Obama appointed. We previously found no evidence that the White House intervened.

The composition and presidential influence varies among different federal agencies, and it's a stretch to portray NLRB actions as directly managed by the Obama administration. 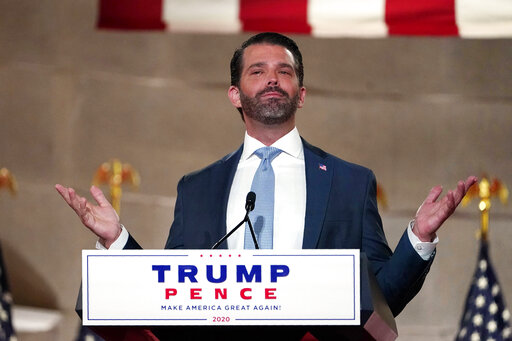 "Democrats claim to be for workers, but they’ve spent the entire pandemic trying to sneak a tax break for millionaires in Democrat states into the COVID relief bill."

This statement requires more context. Trump Jr. is referring to efforts by Democrats to erase a provision in the Tax Cuts and Jobs Act of 2017 that caps the deduction for state and local taxes at $10,000. Overall the law’s benefits flow disproportionately to wealthier taxpayers.

The Democratic-led House passed a $3 trillion bill in May that included provisions to reinstate the local tax deductions for 2020 and 2021. The bill, known as the Heroes Act, didn’t reach a vote in the Senate.

Trump Jr. said Democrats tried to "sneak" in the tax break, but it was widely reported that Democrats wanted to roll back the deduction cap.

The deduction benefits high-income taxpayers in high-tax jurisdictions, according to the Tax Foundation. New York politicians fought against the deduction. However, it did not only affect states led by Democrats. The deduction has also been used by taxpayers in other states, such as Texas.

Trump’s portrayal of Democrats trying to help out millionaires through the Heroes Act neglects that several provisions would help people of lower and moderate incomes by expanding paid sick leave and lengthening the moratorium on evictions and foreclosures.

Biden has "pledged to repeal the Trump tax cuts, which were the biggest in our country."

Biden’s official campaign proposal is to repeal provisions of Trump’s tax law, but not the whole thing. The specific increases in his plan would primarily hit taxpayers earning over $400,000.

In one video clip from May 2019, Biden said that the "first thing" he will do in office is repeal the GOP tax cuts. However, he appears to be shorthanding his policy in a public event. That’s not his official campaign proposal.

As for the part about the Trump tax bill being the "biggest," that’s also wrong.

The Joint Committee on Taxation — Congress’s nonpartisan arbiter of tax analysis — said the 2017 tax bill would cost the government (or save taxpayers) about $1.5 trillion over 10 years, or about $150 billion a year.

Several bills since 1980 were larger, measured not only by contemporary dollars but also by inflation-adjusted dollars and as a percentage of gross domestic product, which is a measure of the size of the overall economy. In inflation-adjusted dollars, the recent tax bill is the fourth-largest since 1940. And as a percentage of GDP, it ranks seventh. We’ve summarized the tax laws here.

"Joe Biden has embraced the left’s insane mission to defund (the police)."

This is False. Biden has explicitly said he does not support defunding the police.

Biden in June told "CBS  Evening News" host Norah O’Donnell that he supports "conditioning federal aid to police," based on whether they meet "certain basic standards of decency and honorableness." In a June opinion piece in USA TODAY, Biden also said that abuse of power in police departments must stop and that reforms were the answer to problems. He said police departments should have the money they need to institute changes and proposed an additional $300 million "to reinvigorate community policing in our country."

"Wages (are) rising the fastest for lower income levels."

There’s little evidence that the lowest-income workers are seeing wage increases that exceed those of higher-income Americans.

Since Trump took office, the lowest-income workers have seen largely stagnant wages, while the top 5% show the sharpest increase, according to federal data compiled by the liberal Economic Policy Institute.

And to the extent that lower-income workers have gained in recent years, it’s because of state and local minimum-wage increases pushed by Democrats, often over Republican opposition. A Washington Post analysis found that before 2016, wages for lower-paid workers rose across the country at more or less the same pace. Starting in 2017, though, wage growth in states that increased minimum wages began to accelerate.

It’s never been more important to know the facts…

CBSNews.com, Biden says federal aid to police should be based on meeting "basic standards of decency", June 9, 2020