What happened to the 2018 swing seats this year?

• Of 43 U.S. House seats that flipped from Republican to Democratic control in the 2018 midterms, 14 flipped back to GOP control in 2020, while 29 remained in Democratic hands.

• Though data is not yet complete, there are signs that these districts’ House vote in 2020 mostly mirrored their vote for president.

• Among these seats, Democrats were generally more successful in holding districts that were more affluent, better educated, and largely suburban and urban.

Republicans unhappy about President Donald Trump’s loss in the 2020 presidential election can at least take heart in the party’s gains in the House of Representatives.

Going into election night, political handicappers had expected Democrats to add to their House majority. The Cook Political Report, for instance, predicted a 10- to 15-seat gain in its final pre-election analysis.

That didn’t come to pass. In fact, it was Republicans who gained roughly that many seats.

The gains weren’t enough to seize a House majority — with two close races still unsettled, the Republicans are on track to have between 211 and 213 seats in a chamber where 218 constitutes a majority. The Democrats have locked in at least 222 seats.

That’s down from 233 Democratic seats prior to the election, meaning that House Speaker Nancy Pelosi, D-Calif., will command only a bare majority in the coming Congress.

To understand what happened in the 2020 House races, we took a closer look at a subset of swing seats: The 43 seats that the Democrats flipped from Republican control just two years earlier, during the 2018 midterm elections.

Of these 43 seats, 14 flipped back to Republican control in 2020, while 29 remained in Democratic hands.

Here’s the list of districts that flipped back to the GOP in 2020, along with some key demographic data:

And here’s the list of the seats that remained in Democratic hands:

A lack of ticket-splitting

It appears that the messaging by the two presidential candidates — from the anti-socialism, pro-fossil fuel, and antitax rhetoric by Trump to Biden’s attacks on Trump’s handling of the coronavirus — resonated with voters who were already predisposed to their party.

It takes time for political number crunchers to calculate how congressional districts voted in the presidential race, so we have data so far for only six of the seats on our list, compiled by the website Daily Kos Elections.

Meanwhile, in Virginia’s 2nd, 7th and 10th districts, Democratic House incumbents won reelection as Biden was carrying their district either narrowly or easily. 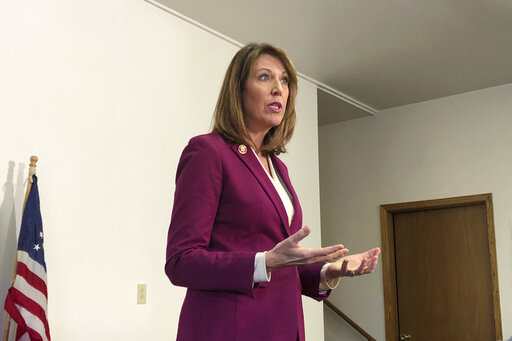 A similar pattern emerged if you look at how the states leaned in the presidential race.

There were four districts that elected a Democrat in 2018 despite their state's typically strong Republican lean on the presidential level. Of these, only one remained in Democratic hands this year, a Kansas district based in Kansas City’s affluent suburbs. The remaining three shifted back to GOP representatives — the Oklahoma and South Carolina districts, plus one in Utah.

However, saying that Trump voters voted Republican is a bit of a tautology. Were there more fundamental factors than partisan correlations that predicted how these swing districts voted? We found a few, and they have become familiar to students of politics in recent years.

In recent elections of all types, Democrats have made gains — and Republicans have lost ground — among voters who are more affluent, who are more educated, and who live in suburban or urban areas.

Political analyst Ron Brownstein noted in the Atlantic that "even as Democrats have improved their position inside the nation’s largest and most economically vibrant metropolitan areas, their support in exurban, small-town and rural regions has collapsed. While Bill Clinton twice won about 1,500 counties (roughly half the counties in America), Hillary Clinton carried just less than 500 (roughly one-sixth). Though Biden won the popular vote by at least 3 million more votes than she did, he only slightly expanded her geographic reach: So far, he’s carried 509 counties, based on the latest count from the Brookings Institution’s Metropolitan Policy Program."

Broadly put, this pattern holds with the seats that flipped in 2018. How the 2018 swing districts voted two years later was strongly correlated with some of the most decisive demographic factors in politics today: income, educational attainment, and whether a location is urban, suburban or rural.

Let’s take a look at each of these factors.

Looked at another way, fewer than half of these districts with a median income below $70,000 elected a Democratic representative in 2020. But among the districts where the median income was above $70,000, a much higher share — 87% — voted Democratic.

The three affluent districts that broke the pattern and went back to the GOP in 2020 were in California: Two in Orange County, a historically Republican jurisdiction, and one in the northern Los Angeles exurbs. 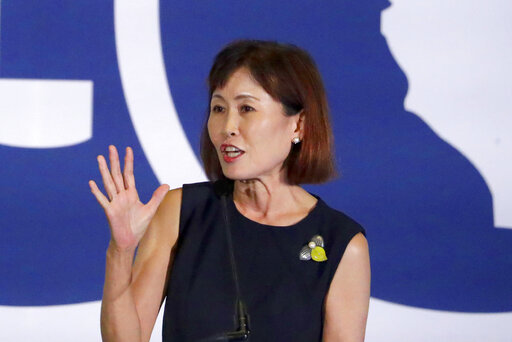 Among the outliers here are three districts with lower education levels that remained blue: One heavily Hispanic agricultural district in California’s Central Valley; a district based in Des Moines, Iowa; and a largely rural district in Maine.

We also looked at the population density of each district, to see how trends varied between sparsely populated rural areas and denser suburban and urban ones. (We excluded four districts in Pennsylvania for which data on the current district lines is not available.) The differences aren’t as dramatic as they are for income and education, but there’s still a pattern.

In the 39 seats that swung in 2018 and for which we have population data, Democrats generally did better in denser — that is, more suburban and urban — districts.

Among the higher-density districts that went red in 2020 were California’s two Orange County districts, a district in South Florida that’s home to a large Cuban-American community that shifted hard toward Trump this year, and a district in New York City’s Staten Island borough that’s home to more conservative white ethnic residents than other parts of the city.