Joe Biden’s plan to reunify families separated at the U.S.-Mexico border under Trump

David Xol-Cholom of Guatemala hugs his son, Byron, at Los Angeles International Airport as they reunite Jan. 20, 2020, after being separated during the Trump administration's wide-scale separation of immigrant families. (AP)

President Joe Biden called it a "human tragedy": the Trump administration immigration policy that caused the separation of children from their parents or legal guardians as they arrived at the U.S.-Mexico border, usually asking for asylum protection.

"We’re going to work to undo the moral and national shame of the previous administration that literally — not figuratively — ripped children from the arms of their families, their mothers and fathers at the border, and with no plan, none whatsoever, to reunify the children who were still in custody and their parents," Biden said Feb. 2.

After rescinding the Trump policy, the Biden administration now faces the daunting task of finding and reuniting many family members, including parents who were deported without a clear record of how to contact them.

By some estimates, more than 5,500 families were separated as a result of strict immigration enforcement under President Donald Trump. The exact number isn’t known, because officials did not have an adequate system to track which family members arrived together, and the government agencies involved did not sufficiently prepare or effectively communicate with one another.

Some of the children separated from their parents were not yet old enough to talk or walk.

A spokesperson for the Department of Homeland Security cited a new task force but did not answer our specific questions. The spokesperson said the administration is committed to making sure the task force "has the resources it needs to urgently reunify separated families in partnership with federal, state, local, NGO, and private sector partners" and that DHS would "remain committed to transparency."

The road ahead isn’t easy.

On Feb. 2, Biden signed an executive order directing the leaders of the Justice, Homeland Security, State and HHS departments to form a task force and identify all the children who were separated from their families while Trump was in office and, "to the greatest extent possible," reunite the families.

Biden ordered the task force to deliver an initial report within 120 days of his executive order and progress reports after that.

The Trump administration's zero-tolerance policy was officially announced in April 2018. By then, more than 1,000 families were already believed to have been separated under a 2017 pilot program, after Trump became president.

The goal of the policy was to deter families from attempting to come into the United States illegally, including those who may have planned to seek asylum. Under the law, people can request asylum even if they’ve arrived without authorization, but they have to be physically present in the United States to apply.

Under previous administrations, separations were rare, and not systematic. Families crossing the border illegally would either be detained together or released into the United States while their immigration case was resolved. The Trump administration policy directed the prosecution of all adults who were accused of illegally entering the country. When Border Patrol agents apprehended a parent with a child, the family was separated: The parent was referred to the Justice Department for prosecution and the child to the custody of HHS, which typically takes in children who arrive alone.

More than 3,000 children were separated from their parents between May 5 and June 20, 2018, according to a Justice Department inspector general report.

On June 20, facing a public outcry and legal challenges, Trump issued an executive order halting the separations and directing that families be detained together "where appropriate and consistent with law." A week later, a federal judge in a class-action lawsuit against immigration officials ordered the administration to reunite children with their families.The ACLU, which sued the government over the separations, formed a steering committee to help the government find and reunite the families.

More than 2,000 families were reunited after the June court order. But not all families are back together. Some news accounts in 2020 said that families who remained separated at that time included some who were split up in 2017. Those cases were not initially reported by the government and therefore also initially left out of lawsuits.

The ACLU told PolitiFact that some separations also continued beyond June 2018, even after the court and Trump orders. 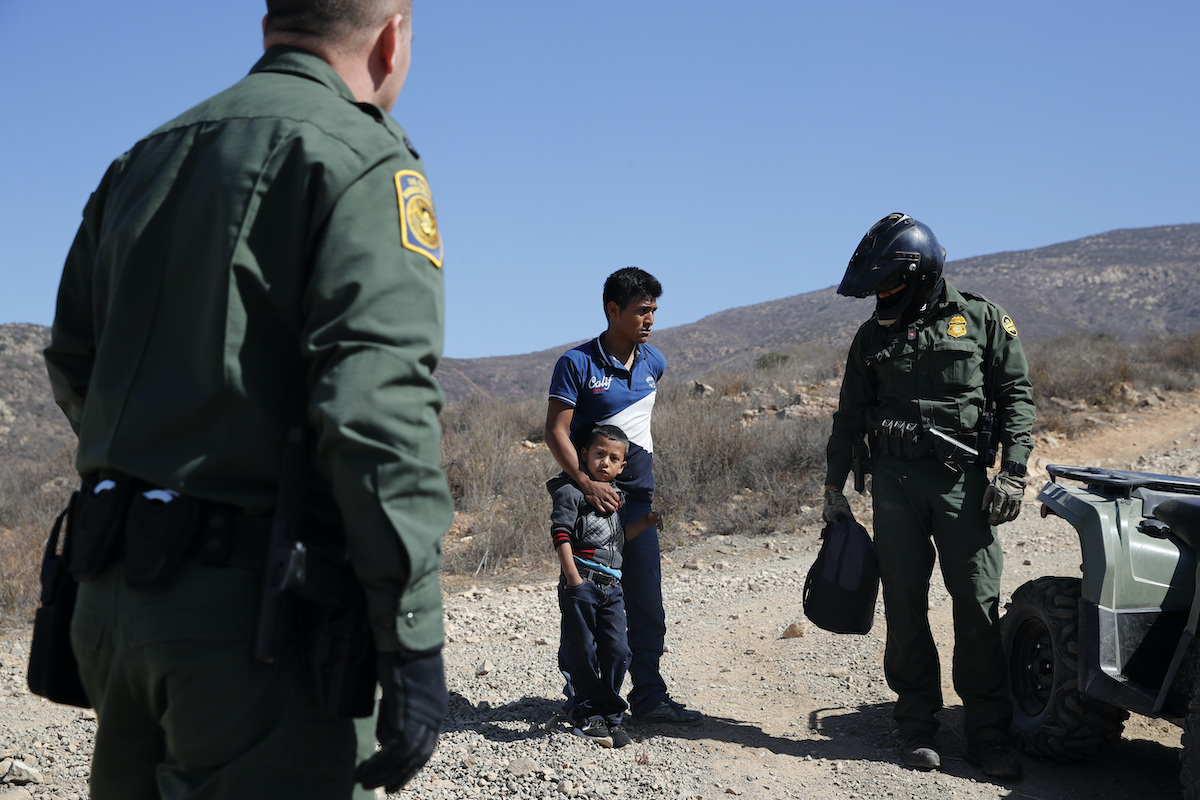 Michael E. Horowitz, the Justice Department inspector general whose office reviewed the agency’s implementation of the zero-tolerance policy, described the reunification challenges in testimony to a congressional committee. Many of the adults had already been deported, he hold the panel, and government officials did not have the parents’ complete or updated contact information.

"You now have to go through that process to make sure that the parent or adult coming forward is in fact the individual connected to that child," he said of the reunification process. "You don't want to create further problems."

Horowitz said it "sounds obvious" that the government should have carefully tracked who came with whom into the country, "but it didn't happen here."

Lee Gelernt, an ACLU attorney, said that the group's "best guess" is that about 1,000 families remain separated, "but we don't know the precise number because we haven’t located all families."

The parents of about 600 children have not yet been located, Gelernt said. Some of those families could have reunited on their own without notifying the steering committee that’s working to find and reunite families, he said, and some are believed to be in the United States, but might be afraid of coming forward.

"One of the major steps that the Biden administration can take is to announce that the families will be safe and not deported," Gelernt said. "Under the Trump administration, many families may have wished not to be found. They feared what would happen to them."

Another factor complicating reunifications is that many of the parents who were deported speak indigenous languages, not Spanish, which impedes their ability to reach out to authorities in the United States. Some are living in remote areas of Central America or in dangerous areas controlled by gangs, so it’s hard to reach them, Gelernt said. In other cases, immigration officials did not record a proper address or working phone number for the parents being deported, he said.

Advocates for children and immigrants say that the Biden administration needs to go beyond reuniting families. They say that parents who were deported should be allowed to come back into the United States — instead of their children being sent back to them — and to request asylum protection or receive another form of immigration relief. Advocates also say that families should be given access to mental health services to help them with the trauma they experienced.

Many of the parents who were deported did not fully understand what was happening, what documents they were signing, or what rights they had available to them. The ACLU has said that at times, immigration officials told parents being deported that their children would be waiting for them on a plane. "When two parents learned that this was a lie — that their children would not be coming with them — officials had to physically force them onto the plane," according to the ACLU.

Christie Turner-Herbas, an immigration law expert with Kids in Need of Defense, said it’s a bit early to tell how the new federal task force Biden ordered is going to go about figuring out family reunifications. She expressed concern that, given the faulty records, some families may be left out of any relief that becomes available.

Will all families that were separated be reunited?

"All I can say is that we will not stop trying to do that, and with the Biden administration now coming into power I believe we can find and reunite every family," Gelernt said. "I see no choice but to remain optimistic."

WhiteHouse.gov, Executive Order on the Establishment of Interagency Task Force on the Reunification of Families, Feb. 2, 2021

The Washington Post, They were one of the first families separated at the border. Two and a half years later, they’re still apart., Feb. 17, 2020