Kirk Watson
stated on December 31, 2012 in an opinion piece in the Austin American-Statesman:
Says in "our region," 2011 was worst drought year ever recorded.

Two state senators urged the Lower Colorado River Authority to dispense water carefully in an opinion piece in the Austin American-Statesman on Dec. 31, 2012.

"Our region is facing an emergency situation with the ongoing and ever-worsening drought: 2011 was the most severe year of drought ever recorded," wrote Sens. Kirk Watson and Troy Fraser.

Statewide, 2011 was a record year -- specifically "the worst single-year drought on record," according to a March 23, 2012, Statesman news story.

Crops wilted, lake levels dropped, lawns turned brown, and wildlife went thirsty as Texas endured record drought. At one point in October, 88 percent of the state was deemed to be in exceptional drought, the most severe level. Austin received just less than 15 inches of rain, about half of its normal precipitation, and sweated through a record 90 days of triple-digit temperatures."


So not all areas suffered to the same degree. Was the drought as harsh here as elsewhere?

First, we checked to make sure what region the senators meant. Watson spokesman Steve Scheibal told us by email that it would be fair to say they meant counties in the river authority's jurisdiction in and around the Austin area (Watson’s District 14 takes in Bastrop County and most of Travis County) and upriver in Fraser’s District 24.

We figured that’s probably about the impression Statesman readers got from the words "our region," given that the context was senators discussing the river authority.

So we based our fact-finding on Travis, Williamson, Hays and Bastrop counties around Austin, plus Burnet, Blanco, Lampasas, Gillespie, Llano, San Saba and Brown counties upstream. 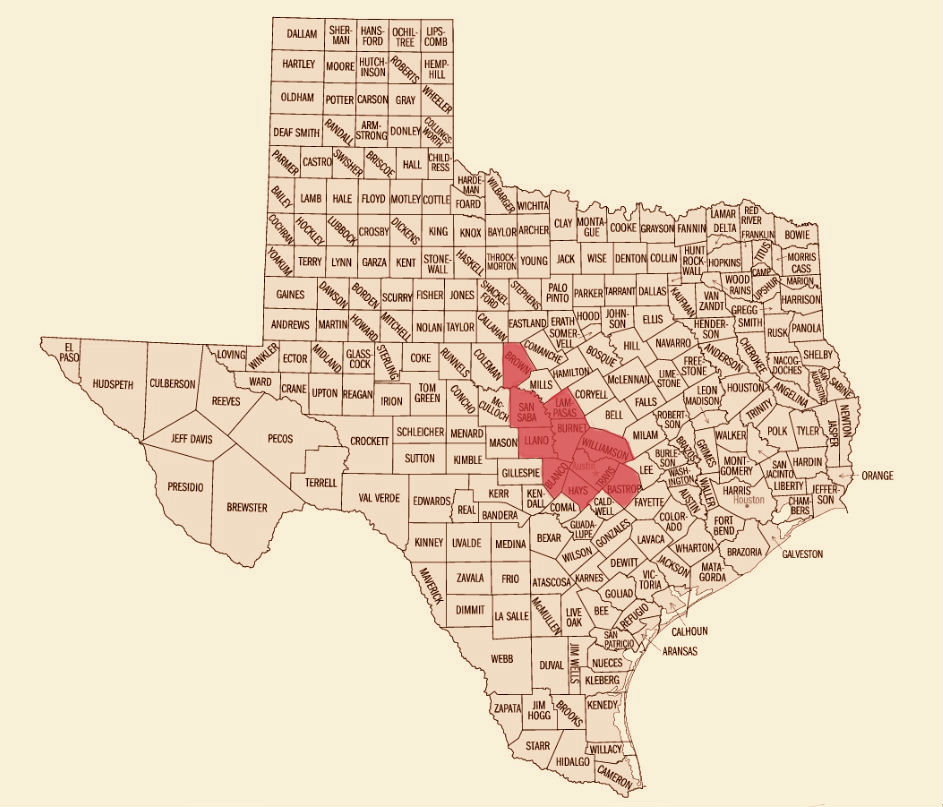 We looked at 11 counties. Click to view larger map

Scheibal sent us links to 2011-12 newsletters and reports from the river authority and the Texas Commission on Environmental Quality that described record-setting drought across Texas and dry months in the Lower Colorado river basin.

To get a closer look, we spoke via phone and email with state climatologist John Nielsen-Gammon, an atmospheric science professor at Texas A&M University.

Drought, he told us, can be defined by factors including lack of rainfall, length of time and impact on people and crops.

Factoring in duration, for example, the most severe Texas drought remains the 1950-1957 drought, which an Aug. 14, 2011, Statesman news story said "reshaped Texas, ruining thousands of farmers and ranchers and pushing rural residents to migrate out of the country and into the cities." That was the worst extended drought since reliable state records began in the 1890s, though a 2011 study of Texas cypress tree rings showed several longer, harsher droughts over the past 500 years.

To help us judge the "most severe year of drought" in the 11-county region, Nielsen-Gammon checked rainfall data recorded there for each "water year" back to 1893.

Water years run from Oct. 1 to Sept. 30, he said, beginning with the period when most rainfall accumulates and ending after peak water use. The key is "how much water you end up with at the end of the summer," he said.

The lowest rainfall came in 1956. But the drought was more severe in 2011, he said, because summer temperatures averaged 2 to 3 degrees Fahrenheit above those of 1956, "increasing the need for water by plants while simultaneously evaporating water from reservoirs."

So, according to Nielsen-Gammon, the 2011 water year was the worst 12-month drought ever recorded in the 11-county region. The 2011 calendar year would also have been the worst recorded, he said, measured by the river authority’s records of water flowing into the Highland Lakes: Buchanan, Inks, LBJ, Marble Falls, Travis and Austin, of which lakes Buchanan and Travis are reservoirs supplying water customers.

According to a Jan. 8, 2013, river authority report sent us by Scheibal, 2011 saw the lowest-ever recorded water flow (from creeks and other tributaries) into the Highland Lakes. We confirmed that with river authority spokeswoman Clara Tuma, who told us its records began in 1942, after the construction of Mansfield Dam created Lake Travis.

Nielsen-Gammon told us that although it would take "some sort of major rain" to get the river authority’s water levels back up to normal, the rainfall picture for 2012 was better overall, with precipitation near or above normal levels. Forecasts for 2013 are a still a toss-up, both he and Tuma said. The river authority posted an update Jan. 9, 2012, with data and an interactive map from the National Drought Mitigation Service showing the region still in "Severe Drought."

Watson said 2011 was the worst drought year in "our region." In records dating to 1893 for the general area indicated, 2011 was the most severe single-year drought by rainfall combined with evaporation, and it also saw the lowest recorded water-flow into the Highland Lakes.

LCRA report, "LCRA could cut off Highland Lakes water to most farmers this year if drought conditions don’t improve," Jan. 9, 2012