Bill Clinton
stated on April 3, 2016 in a campaign speech:
"A college loan is the only loan in the United States that you cannot refinance when interest rates go down."

Student debt in the United States has reached $1.3 trillion, which trails only the amount Americans owe on their mortgages. It’s often blamed for preventing young people from buying houses and cars, which fuels the country’s economy.

Undergraduates in the class of 2015 finished school with an average of $35,000 in student loan debt, the most in history, according to Edvisors.com, a financial aid website.

"A college loan is the only loan in the United States that you cannot refinance when interest rates go down," Bill Clinton said, speaking at a recent campaign rally at Los Angeles Trade-Technical College.

We wondered: Is refinancing really off-limits for all college loans? With student loan debt such a big issue this election year, we decided to check the facts.

Past efforts at change

Both Hillary Clinton and Vermont Sen. Bernie Sanders, her rival for the Democratic presidential nomination, have pledged to allow student loans to be refinanced.

But they weren’t the first to call for this change.

Republicans said they were not convinced the legislation would have resulted in lower borrowing costs, and labeled it an election stunt.

The bill would have let people with federal and private loans issued prior to 2010 refinance at 3.86 percent, the article said.

It added that the Obama administration estimated that the bill could have helped 25 million borrowers save $2,000 each over the lifetime of their loans, or $50 billion. 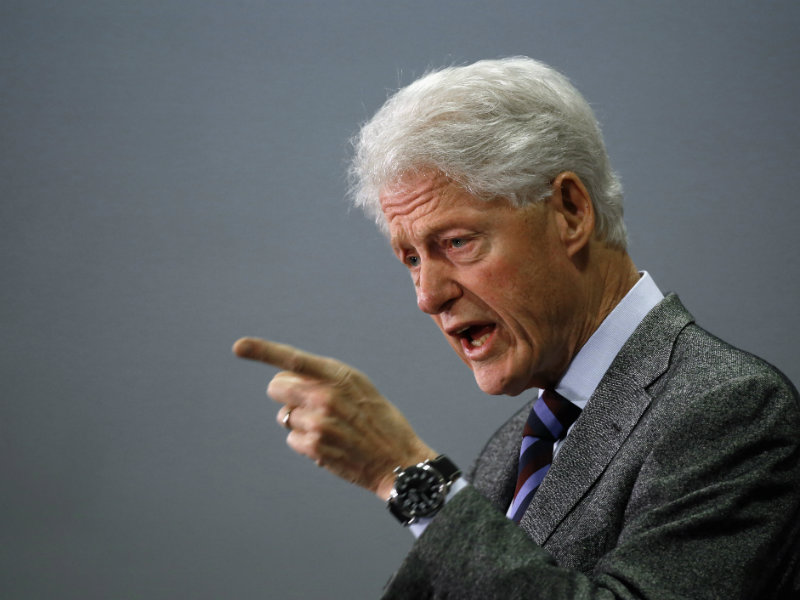 Facebook posts
stated on January 6, 2022 in Facebook posts
“Dyson is canceling their contract with Walmart and selling off Dyson Supersonic” hair dryers “only for $1!”

As they’ve campaigned across the country, Hillary Clinton and Sen. Sanders have each pledged to allow for refinancing of college loan debt.

What they, and apparently Bill Clinton, are talking about is refinancing federally backed student loans, which account for about 90 percent of all student borrowing.

We turned to the nonprofit college planning group American Student Assistance for some advice. They and other groups say federal student loans can be refinanced into private loans. But doing so can remove federal protections such as fixed interest rates and the ability to pause repayments.

But there’s no provision in federal law allowing the refinancing of a federal loan to another, lower-interest federal loan.

"There is no federal refinancing. Congress sets the interest rate for federal student loans, and most of these rates are fixed by law, no matter how solid your credit or income becomes post-graduation," American Student Assistance advises potential borrowers.

PolitiFact Texas examined a similar claim in 2014 and rated it Mostly True.

They spoke with Heather Jarvis, a North Carolina attorney specializing in student loan law, who told them some graduates may be able to refinance student loans at lower rates through private lenders. But, she said, this would only happen in cases in which borrowers have substantial income.

Jarvis added that "refinancing federal loans with a private loan is risky.  The borrower gives up important protections that accompany federal loans (like flexible repayment and discharge provisions)."

Asked about the former president’s statement, Bill Clinton’s press secretary said in an email "it’s very safe to say that the vast majority of students with debt have federal debt." She pointed to statistics from the College Board showing federal loans account for about 90 percent of student borrowing. She said a small percentage of borrowers can refinance a federal student loan by making it a private loan.

Former President Bill Clinton said at a recent campaign rally in Los Angeles: "A college loan is the only loan in the United States that you cannot refinance when interest rates go down."

Clinton most likely was referring only to federally backed loans when he made his statement, but a clarification about private loans would have helped.

We rated his claim Mostly True.