Ron Johnson
stated on August 1, 2016 in an interview:
"The climate hasn't warmed in quite a few years. That is proven scientifically."

"Listen, man can affect the environment; no doubt about it," Johnson replied. "We all want a clean environment. It's a goal we all share. I understand that."

Then the Republican incumbent, who faces Democrat Russ Feingold in the November 2016 election, made a statement we want to check, saying:

"First of all, the climate hasn't warmed in quite a few years. That is proven scientifically."

Johnson’s comments on WRJN-AM in Racine prompted stories in the national media, including Talking Points Memo, Slate and the Huffington Post, each of which referred to 2015 being the hottest year on record.

The rate of global warming has slowed in recent years, particularly since 1998, but Johnson’s declaration is, well, overheated. 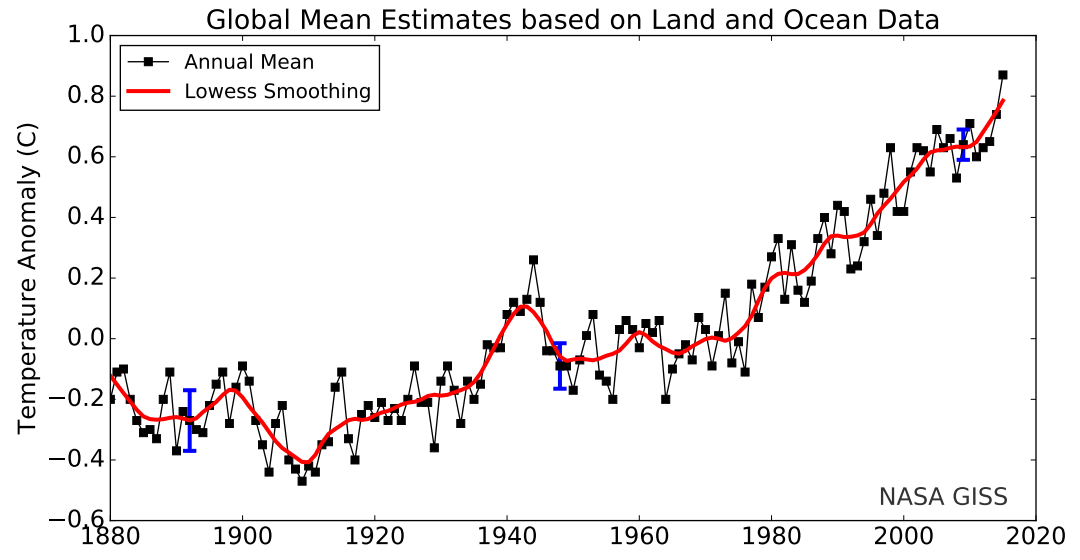 Johnson’s campaign argued that the chart shows the anomalies rose sharply from the 1950s to the 1990s, then leveled off.

The trend on the chart, however, is steadily upward since the 1960s. And there was a "positive anomaly" in each of the past four years.

In 2013, when President Barack Obama said that "the 12 hottest years on record have come in the last 15 years," PolitiFact National’s rating was True.

And in 2014 and 2015, our colleagues rated Mostly False two claims that there had been no global warming in the past 17 years.

Global surface temperatures remained relatively flat during that period, since the last powerful El Niño, in 1998.

But the first decade of the 21st century -- even as it’s been relatively stable -- has been the warmest on record.

In January 2016, NASA reported that separate, independent analyses by its own scientists and the National Oceanic and Atmospheric Administration found that Earth’s 2015 surface temperatures were the warmest since modern record keeping began in 1880.

The globally-averaged temperatures in 2015 "shattered the previous mark set in 2014," NASA said.

The 2015 temperatures, NASA added, "continue a long-term warming trend" -- most of the warming has occurred in the past 35 years, with 15 of the 16 warmest years on record occurring since 2001 (as is shown in the chart below). 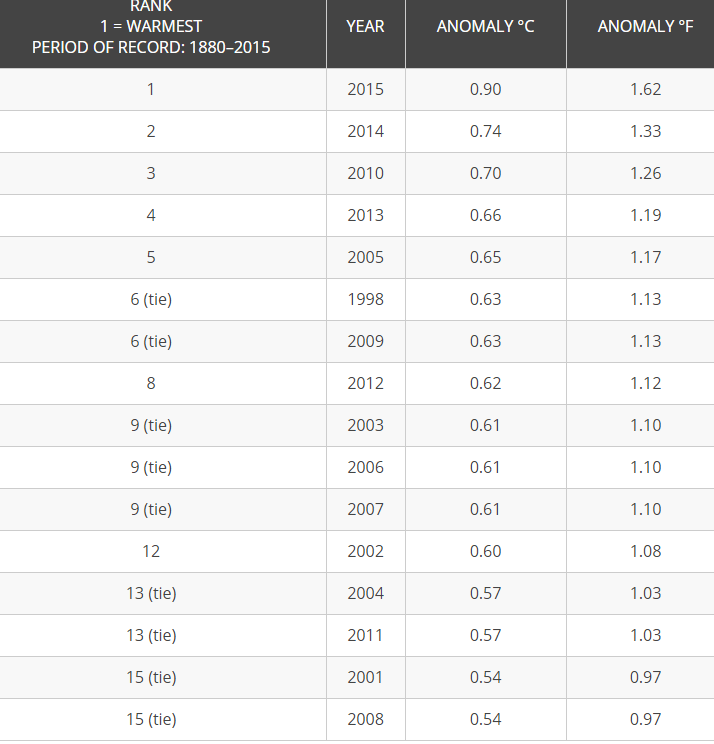 Moreover, Kevin Trenberth, a senior scientist National Center for Atmospheric Research, told us that temperatures in the first six months of 2016 are even higher.

Johnson said: "The climate hasn't warmed in quite a few years. That is proven scientifically."

He argues that temperatures rose sharply from the 1950s to the 1990s, then leveled off, but it’s wrong to say there hasn’t been warming in many years. In fact, 15 of the 16 warmest years on record have occurred since 2001, with the two highest years being 2014 and 2015.