Opponents of Proposition 56, California’s proposed $2 per pack cigarette tax hike, are flooding radio airwaves with attacks on the measure.

The initiative is one of many on the state’s November ballot.

The No on 56 campaign is funded by tobacco companies Phillip Morris and R.J. Reynolds. Its campaign says online and in radio ads that the measure "cheats schools out of at least $600 million a year."

The industry attacks are not surprising. And they’ll likely continue as opponents of the measure have raised more than $35 million, while supporters have collected about $17 million.

We wondered whether there’s any truth to the claim that Prop 56 ‘cheats’ schools out of all that money.

Prop 56 would generate up to $1.4 billion in tax revenue its first year.

But instead of sending that revenue to the General Fund, Prop 56 would place it in a special fund to help pay for Medi-Cal, which provides health coverage for millions of low-income Californians.

We asked the No on 56 campaign for evidence that the tobacco tax measure ‘cheats’ schools. A spokeswoman pointed to language in the measure that exempts Prop 56 from the school funding guarantee.

The campaign said this exemption is proof that the measure undermines the funding guarantee and ‘cheats’ schools.

But the experts we spoke with say there’s nothing new about this proposal. Past tobacco taxes, in 1988 and 1998, also established special funds rather than sending money to the General Fund.

One of the experts said the opponents’ claim is misleading.

"When I think of this claim that the schools are going to be cheated -- particularly that word ‘cheated’ out of this money -- that suggests something that’s wrong or illegal. And this is not the case," said Steve Boilard, executive director of Sacramento State University’s Center for California Studies. "There’s plenty of examples where new revenue is raised that is not subject to the Prop 98 funding guarantee."

Aaron Rodgers
stated on November 5, 2021 in an interview on the Pat McAfee Show
"This idea that it's the pandemic of the unvaccinated, it's just a total lie." 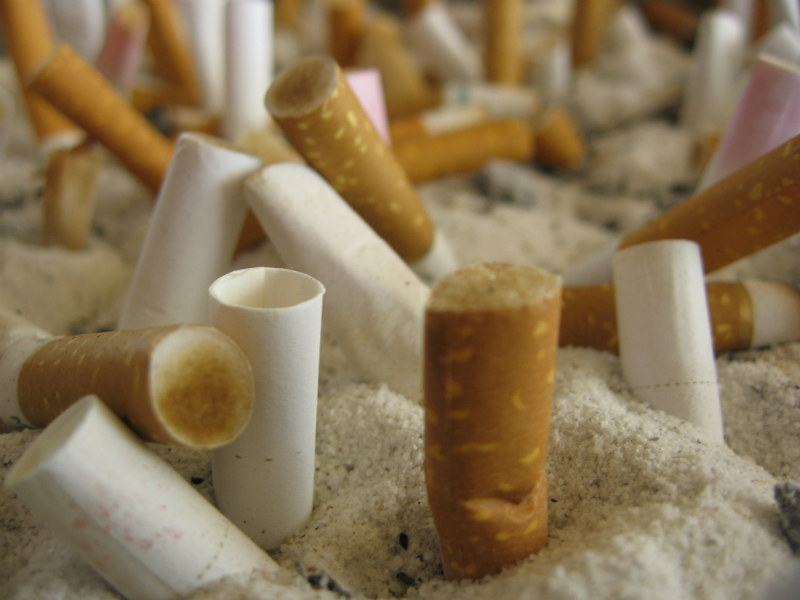 In a recent letter circulated by the Yes on 56 campaign, he wrote: "Make no mistake, Proposition 56 will not divert a dime away from schools. Rather, it will raise revenues for school based tobacco prevention and intervention programs."

A report by the Legislative Analyst’s Office estimates Prop 56 will add $20 million for those school based programs.

It found that it "isn’t fair to say the measure 'cheats' schools out of $600 million a year. Nothing in the measure reduces school funding. If the measure passes, the budget for schools does not decrease."

The No on 56 campaign is running ads that say the proposed tobacco tax "cheats schools out of at least $600 million a year."

The measure includes an exemption from the state’s school funding guarantee. A portion of its revenues, estimated at up to $1.4 billion, could otherwise have been directed toward school funding.

But past tobacco taxes and a tax to fund mental health services have also legally avoided this guarantee. Those had exemptions allowing their revenues to fund health services.

This doesn't mean, however, that money will be taken from schools or community colleges under Prop 56. The measure, in fact, sends about $20 million to schools for tobacco prevention programs.

The claim that Prop 56 "cheats" schools goes too far. It might have been accurate to say the measure exempts most all revenue from going to schools.

But the term chosen by No on 56 is misleading.