Mike Cernovich
stated on July 14, 2016 in his blog:
"The Cleveland police has issued a stand down order to officers."

Attorney, author and motivational speaker Mike Cernovich announced a big "scoop" on his blog the week before the Republican National Convention.

"Although the radical left has days of protests planned and has a history of protests, the Cleveland police has issued a stand down order to officers, I can exclusively report," Cernovich wrote.

The same day, he tweeted: 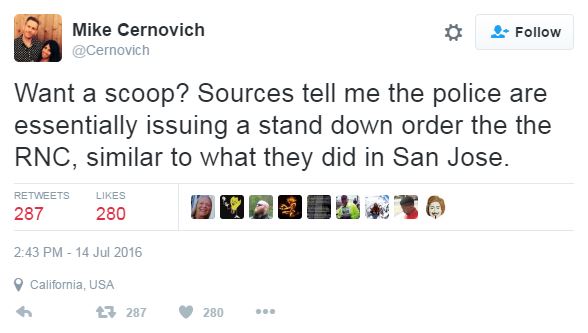 On his blog, Cernovich elaborated that this was akin to "when thugs from the left attacked Trump supporters at his San Jose rally," referring to an accusation that the California city’s police failed to protect pro-Trump activists, for fear of their own safety, during a scrappy demonstration last month.

His message reverberated across social media, reaching, for example, the Nevada Tea Party: 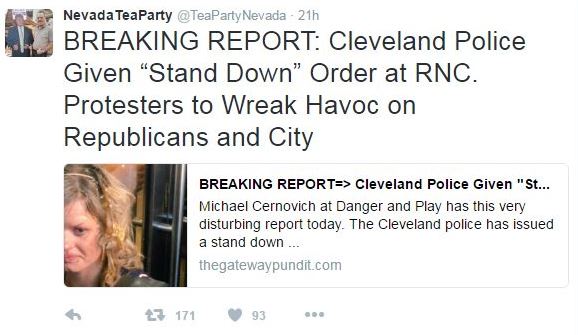 But this was news to us, so we checked with our hometown source to learn if it was true: Cleveland police.

Department spokeswoman Jennifer Ciaccia was blunt in an email: "It is totally untrue."

As of 5 p.m. Monday, the first day of the convention, at least one image of a protester being arrested surfaced on Instagram. The protester, activist and journalist Kathy Wray Coleman, had just finished speaking when she was handcuffed by police, allegedly for an outstanding warrant from University Heights. 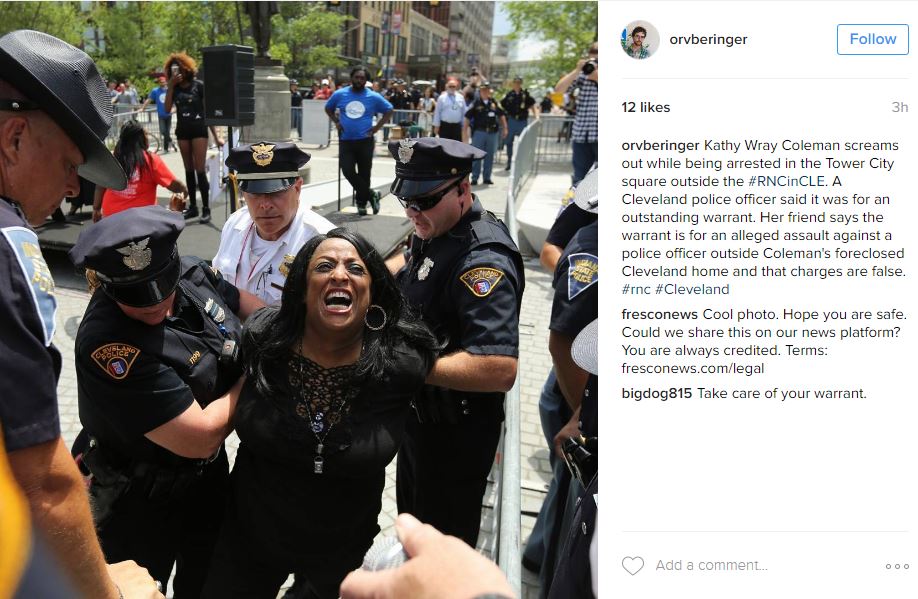 This doesn’t look like a police "stand-down" to us.

We heard from Cernovich just as we were publishing this fact-check. In an email, he suggested his story helped thwart the stand-down order from being enforced.

"I stand behind my story and am proud that efforts by (Ohio Gov. John Kasich) and those friendly with him were stopped by my exclusive story regarding a stand down order," Cernovich wrote. "Local police are great and want to defend people. But many higher ups ... took the primary too personally."

Cernovich claimed on his blog and Twitter that Cleveland Police have issued a "stand down" order for the RNC.