Zephyr Teachout
stated on June 28, 2016 in her victory speech after winning the Democratic primary.:
"John Faso took money from fossil fuel companies as they tried to take your land by eminent domain for a fracked gas pipeline."

During a speech to supporters in Kingston on primary night, Teachout focused on Faso’s role in a controversial natural gas pipeline project.

"I stood with you against fossil fuel lobbyists, and together we protected our water and our land against fracking," Teachout said. "And John Faso took money from fossil fuel companies as they tried to take your land by eminent domain for a fracked gas pipeline."

High-volume hydraulic fracturing, better known as fracking, emerged as a huge issue in upstate New York, particularly in the Southern Tier where the 19th Congressional District stretches. Was Teachout right about Faso taking money from fossil fuel companies that planned to use eminent domain?

John Faso left his post as Assembly minority leader to run for state comptroller in 2002. He lost that election. He unsuccessfully ran for governor as the Republican nominee in 2006.

After his failed comptroller bid, Faso worked for the Albany lobbying and consultant firm Manatt, Phelps & Phillips. In 2014 he left to start his own firm. He worked as a public affairs consultant for the Constitution Pipeline project until 2015. That project was called off earlier this year. The pipeline would have run through parts of the congressional district Faso now seeks to represent.

The company that proposed the project pointed to the estimated economic benefits for local communities. Aside from the tax revenue, municipalities would have had the option to tap into the pipeline to supply natural gas to local residents. 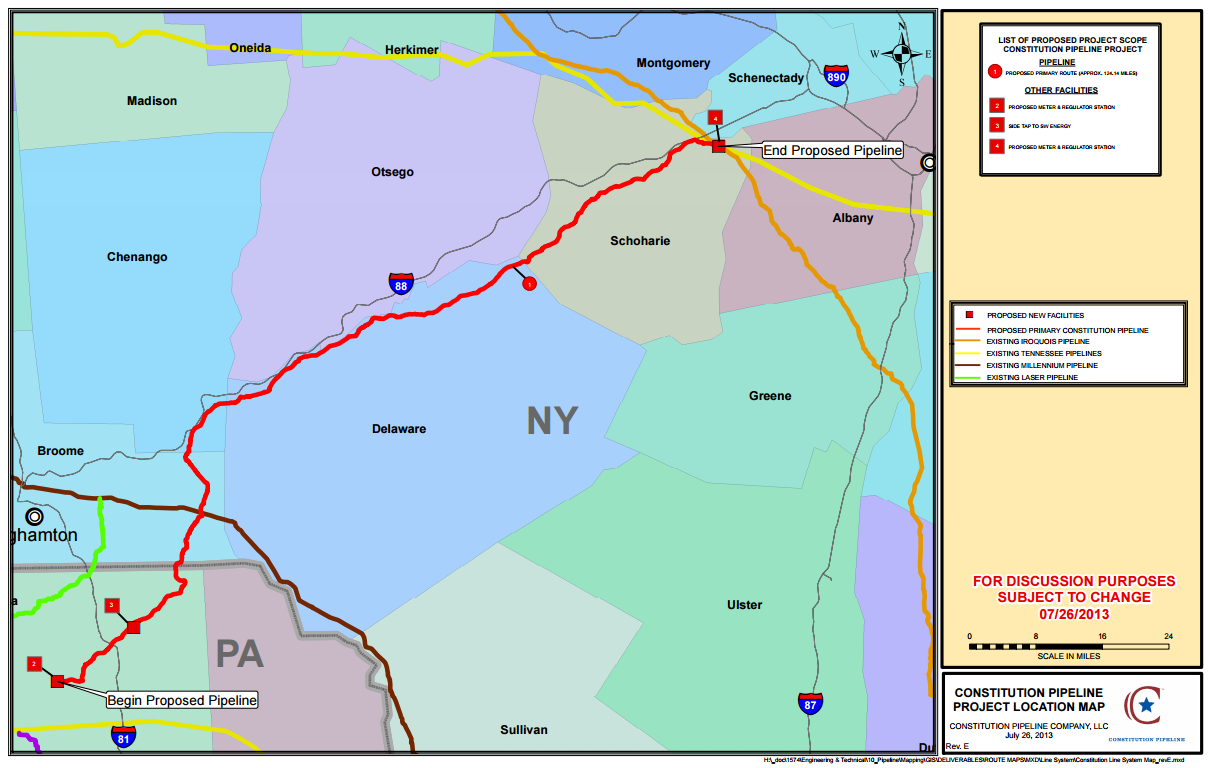 Environmental advocates argued against the pipeline by warning about its potential impact on the state’s infrastructure and environment. They were also concerned for the safety of residents who would have lived near the pipeline.

The pipeline had to be approved by the state and the Federal Energy Regulatory Commission. Homeowners would have received compensation if the pipeline crossed their land. If they had not come to an agreement with the company, the resident’s land could have possibly been used anyway through eminent domain with compensation set by a court. The title of the property would still belong to the owner.

The state has blocked the pipeline, but the company has appealed the decision.

Faso’s campaign says he worked with the company as a public outreach consultant for three years from 2012 to 2015. In that role, he was a liaison to communities that would have been affected by the Constitution Pipeline project. Part of his role was to speak at public meetings about the project.

Faso did not lobby lawmakers and regulators on behalf of the project. He only handled relations between the company and the public.

No one would have lost land had the project gone forward. The company would have paid residents to use their land, but the title would have remained in their name.

A call to the Constitution Pipeline company was not returned.

Zephyr Teachout claimed that John Faso "took" money from fossil fuel companies while they were trying to use eminent domain to build a pipeline on the properties of residents in the 19th Congressional District.

He was paid for his work with the company, but landowners would still hold the title to their property if the company used it for the pipeline.

We rate Teachout’s claim as Half True.

Phone conversation with Alexis Grenell from the Zephyr Teachout campaign

Email Conversation with Jerry McKinstry, who works with the John Faso campaign