Scott Peters
stated on July 12, 2016 in a media conference call.:
Donald Trump "rooted for the housing crisis, because he knew he could make money off of it."

"His economic policies are dangerous," Peters, who represents much of 'America's Finest City,' told reporters on a conference call. "He will say or do anything that benefits him."

We can’t fact check that statement because it’s the congressman’s opinion. But Peters repeated one critique that’s open to examination:

"This is a guy," he said of Trump, "who rooted for the housing crisis, because he knew he could make money off of it." 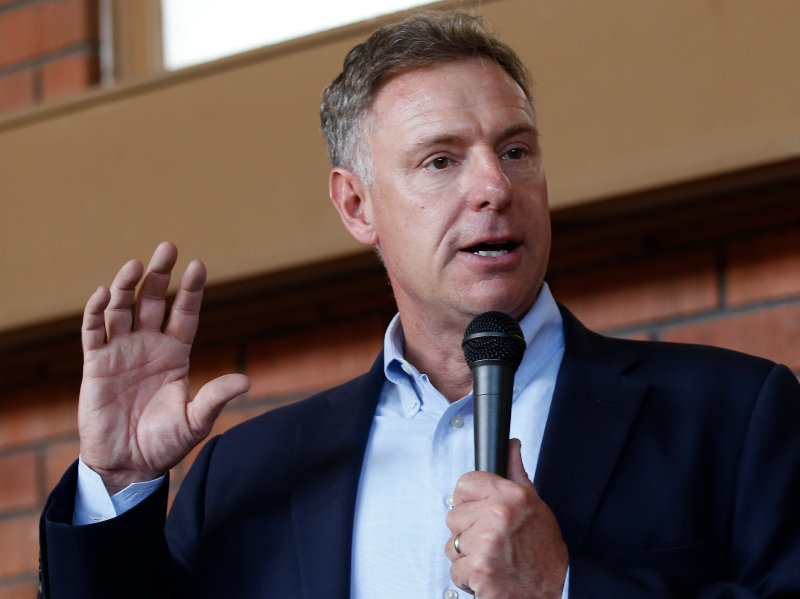 Hillary Clinton lodged the same attack in a May campaign video.

"In 2006, Donald Trump was hoping for a real estate crash," the ad says, showing a picture of Trump giving two thumbs up. The ad goes on to list consequences from the Great Recession, which peaked in 2008. It lists 9 million jobs lost and 5 million families who lost their homes.

This campaign ad from Hillary For America includes 2006 audio from Donald Trump about the housing market.

That's followed by audio, identified as being from 2006, of Trump saying, "I sort of hope that happens because then people like me would go in and buy ... If there is a bubble burst, as they call it, you know, you could make a lot of money."

"And the man who could be our next president was rooting for it to happen," the ad contends.

Peters’ statement that Trump "rooted for the housing crisis," clearly draws on the Clinton ad.

His office referred us to the Democratic National Committee, which supplied the Clinton ad with Trump’s "I sort of hope that happens" audio.

Our national PolitiFact team checked the original claim made in May by the Clinton ad and rated it Mostly True.

"I sort of hope that happens"

Trump’s statement comes from the audiobook How to Build a Fortune, created as part of Trump University, which has been the subject of three lawsuits from former "students" who allege they were ripped off by the billionaire.

In 2006, real estate values had peaked and there was concern that they were overpriced, creating a "bubble" that could burst, producing a rapid fall in values.

The man interviewing Trump for the audiobook says, "There's a lot of talk, which you've no doubt heard too, about a so-called real estate bubble. What's your take on that pessimism?"

Whether the "bubble burst" that Trump was hoping for deserves to be called a "crash," especially a crash on the scale of what occurred during the Great Recession, is open to debate.

Trump, in the audiobook, adds: "At the same time, I don't think that (real estate bubble burst) will happen because if interest rates stay fairly low, if the dollar stays pretty much where it is or even goes a little bit higher, but basically if you have a weak dollar, this is tremendous amounts of money pouring in, so I don't think that's going to happen. I'm not a believer that the interest market, that the real estate market, is going to take a big hit."

Obviously, he would turn out to be wrong.

A year later, in 2007, Trump was telling the Toronto Globe and Mail that he was ready to invest in real estate because the market was starting to head down.

"People have been talking about the end of the cycle for 12 years, and I'm excited if it is," he told the paper. "I've always made more money in bad markets than in good markets."

Rep. Scott Peters, D-CA, said Donald Trump "rooted for the housing crisis, because he knew he could make money off of it."

His statement parallels a claim in Hillary Clinton’s May campaign ad: "In 2006, Donald Trump was hoping for a real estate crash."

Trump said on more than one occasion that he welcomed a downturn in the real estate market because it would give him a chance to buy properties at a bargain and sell them at a higher price later.

What's far less clear is whether Trump was rooting for something on the scale of the Great Recession, a suggestion made in the Clinton ad, or a "housing crisis," as suggested by Peters.

In fact, Trump’s comments in his audiobook and to the Globe and Mail show he didn't envision the financial meltdown that followed.

For the same reason, we rate Peters’ statement Mostly True.

PolitiFact, "Hillary Clinton faults Donald Trump for hoping for real estate crash that led to the Great Recession," May 24, 2016.