Donald Trump
stated on June 1, 2016 in a campaign speech:
We’ve broken "by millions" the all-time record for votes in a GOP presidential primary election.

During a campaign speech in Sacramento on Wednesday, Donald Trump repeated claims about how many votes he’s received in the Republican presidential primary.

"We’ve broken the all-time record in the history of the Republican Party" for votes in a primary election, the presumptive GOP nominee said. "We’ve broken it by millions."

This is not the first time Trump has repeated the "all-time record" claim while in California. He said it on April 29 at the state’s Republican Party Convention when he was on pace to break the record but was still short at the time. We rated it "False … for now." He appears to have secured that record now.

Trump’s victory in the Washington primary nearly a month later, on May 24, put him over the top, said Eric Ostermeier, a political science professor at the University of Minnesota and founder of the number-crunching blog Smart Politics.

But we wondered about the second part of Trump’s latest statement: "We’ve broken it by millions."

Had Trump made a correct claim in one breath only to mangle the truth in the next? We set out on a fact check. 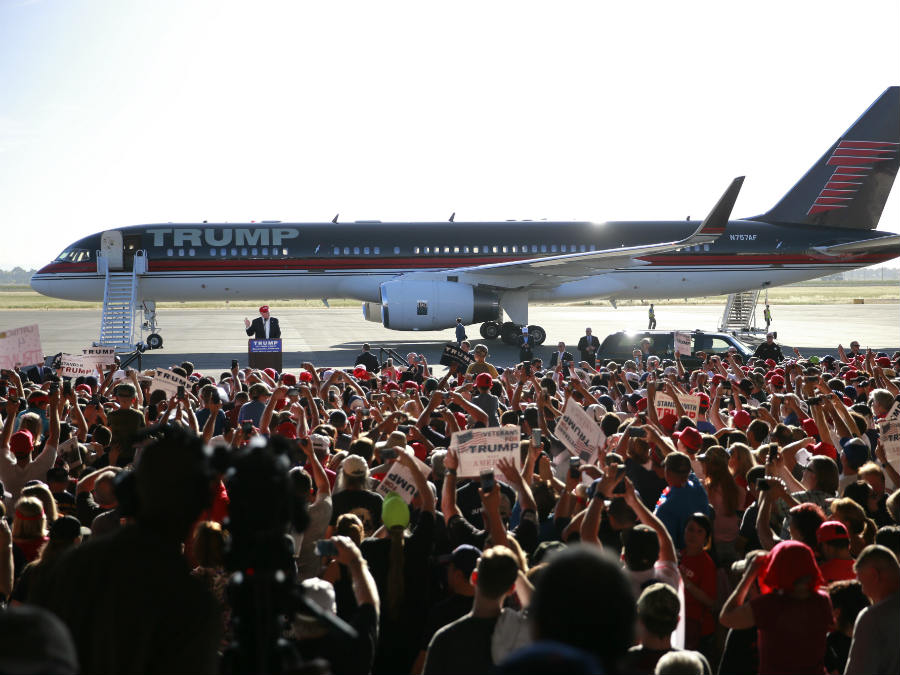 Ostermeier told us Wednesday night that Trump got ahead of himself, once again.

"Trump will have broken the GOP record by millions after the remaining states vote on June 7th," the professor said in an email. "But, currently sitting at 11.70 million votes, he is now only a shade more than 150,000 votes ahead of George W. Bush’s previous mark set in 2000, which tallied 11.54 million direct primary and caucus votes."

Trump’s campaign had not responded to a request for comment as of Wednesday night.

The remaining contests include California, Montana, New Jersey, New Mexico and South Dakota, all on June 7.

Ostermeier is not the only one tracking vote tallies. RealClearPolitics.com shows Trump at 11.53 million popular votes -- slightly behind Bush’s 2000 vote total, certainly not "millions" ahead.

With victories on June 7th, including in California, he may well smash the record.  But he’s not there yet.

PolitiFact California, "Donald Trump’s claim about receiving the most votes ever in Republican primaries is False … for now," May 2, 2016