Gavin Newsom
stated on November 9, 2016 in a press conference.:
California has seen a "56 percent decline in the gun murder rate" since the 1990s.

California voters added to what are considered the nation’s strongest gun control laws on Election Day by approving Proposition 63.

The measure imposes background checks on ammunition sales; bans possession of large-capacity ammunition magazines; and forces owners to give up their weapons as soon as they can no longer legally possess them.

Lt. Governor Gavin Newsom, who is running for governor in 2018, helped author the initiative and led the campaign for it. The measure had received nearly 63 percent approval as of mid-November, with some votes still uncounted.

In a press conference the day after Prop 63 passed, Newsom made several claims about the effectiveness of California’s gun restrictions.

"We have significantly reduced the gun-murder rate because of our progressive gun policy," Newsom said, adding that California has seen a "56 percent decline in the gun murder rate since we started to step up and step in and lead the nation in common sense gun safety laws, background checks, restricting large-capacity clips and the like."

Gavin Newsom makes his claim about California's gun murder rate at about the 6:30 minute mark in the video above.

We decided to focus on Newsom’s claim that California has seen a "56 percent decline in the gun murder rate" since it began imposing tough gun laws in the 1990s.

Whether those gun laws are the driving force behind such a drop is a matter of mixed opinion. Gun rights groups say tougher criminal penalties, not gun laws, have led to the decline. PolitiFact does not fact-check predictions or opinions. 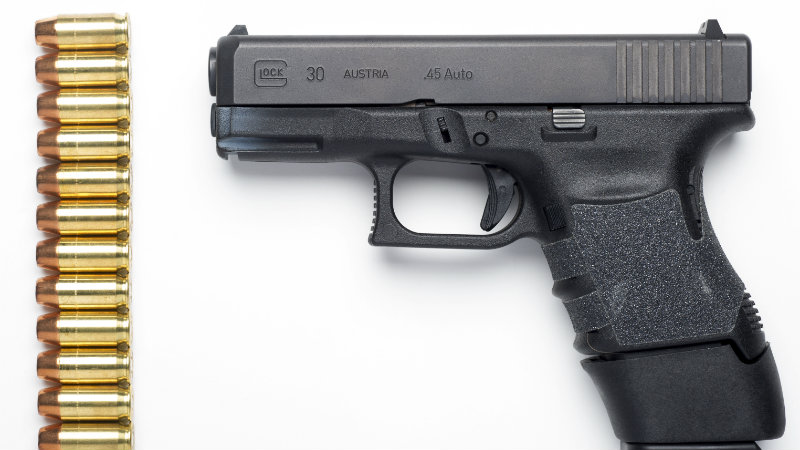 The gun murder rate measures the number of gun-related homicides per 100,000 residents in a geographical area. A separate measurement, the gun death rate, takes a broader look including homicides, suicides and accidental shooting deaths.

Based on our research and contact with Newsom’s campaign spokesman, it appears the lieutenant governor mixed up the two rates and ended up understating the drop in California’s gun murder rate by more than 10 percentage points.

The state’s gun death rate -- not the gun murder rate -- dropped 56 percent from 1993 to 2013, according to figures provided by Ari Freilich, an attorney at the San Francisco-based Law Center for Gun Violence Prevention. The attorney cited age-adjusted data from the U.S. Centers for Disease Control and Prevention.

The nonprofit law center advocates for gun control laws and is considered an authority on gun crime statistics.

The law center’s figures do not include data from 2014, a year in which gun deaths and gun homicides continued to fall in California. Nor do they include statistics from 2015 and 2016, which are not yet available.

Still, the 20-year span is the approximate period during which California imposed strict new gun laws, spurred by mass shootings years earlier on a Stockton schoolyard and inside a San Francisco law office.

During this same period, California’s gun murder rate declined even faster: By 65 percent, according to a review of the CDC’s fatal injury reports by PolitiFact California. If 2014 is included, the rate dropped by 67 percent.

Data from these reports have been cited by both gun control and gun rights groups to describe California’s decline in gun violence.

Nationwide, the gun murder rate fell 45 percent during much of the same period. Between 1993 and 2000, it dropped from 7.0 homicides to 3.8 homicides per 100,000 people, according to a Pew Research analysis in 2015 of available federal data. Since then, Pew reported, the rate has remained relatively flat.

Newsom appears to have mixed up the gun murder rate with the gun death rate. California’s gun murder rate dropped 67 percent between 1993 and 2014, according to a review of fatal injury report data from the U.S. Centers for Disease Control and Prevention.

A similar, though somewhat smaller, drop in the gun murder rate took place nationwide during this period.

Newsom’s overall point is correct: Gun deaths, including gun homicides, have dropped significantly in California since the state imposed the new laws.

We are not fact-checking the cause of this drop. Gun rights and gun control groups have different opinions on this.

What is clear is that gun homicides have declined significantly, and even faster than what Newsom stated.

His claim needs this key clarification.