Center for American Progress
stated on April 25, 2017 in a tweet:
"Trump's Cabinet is more white and more male than any first Cabinet since President Ronald Reagan’s."

As President Donald Trump’s first 100 days in office come to a close, many people are using the marker as an opportunity to recap Trump’s efforts.

While Trump himself views his first chapter as a success, other groups see it differently.

The Center for American Progress, a progressive policy advocacy group, took to Twitter on April 25 to air its list of grievances with Trump’s administration. The thread comprised of approximately 100 tweets, with each tweet representing one way that the Trump administration has harmed women and families.

If you've got a few minutes, will you join us as we take a look at the ways the Trump admin is harming women and families? #trump100days

Most tweets criticized Trump’s policies, but some took aim at the administration itself.

"Trump's Cabinet is more white and more male than any first Cabinet since President Ronald Reagan’s," reads the tweet.

This made us wonder. Is that true?

As evidence of this claim, the Center for American Progress’ tweet linked to a New York Times article that reached a similar conclusion about Trump’s first cabinet.

The analysis was first written when Trump’s cabinet wasn’t fully assembled, so, it assumes Trump’s remaining nominees would be confirmed.

The New York Times included R. Alexander Acosta, Trump’s second nominee for labor secretary, and to the best of our knowledge Trump’s cabinet has remained unchanged since this time.

It’s worth pointing out that the New York Times analysis included traditional cabinet positions as well as "cabinet-level" positions. Cabinet-level positions have changed over time. (Trump has 24 cabinet members, whereas George H.W. Bush only had 17).

"Some positions, such as the United Nations ambassador and the Office of Management and Budget director, are given cabinet-level rank by individual presidents but are not traditionally considered part of the cabinet," the article says.

Furthermore, some traditional cabinet positions were created since Reagan took office. For example, the Department of Homeland Security didn’t get created until 2003 and the Department of Veterans Affairs did not exist in its current form until George H.W. Bush’s presidency.

For these reasons, the total number of people in each president’s first cabinet varies.

So, with those factors in mind, how white and male is Trump’s cabinet?

According to the New York Times, 18 of Trump's 24 cabinet members are white males.

The only minorities and women in Trump’s cabinet are:

That means 75 percent of Trump’s first cabinet is white males.

A smaller percentage of white males were in Obama’s, W. Bush’s and Clinton’s first cabinets based on the same analysis.

The only other president who challenges Trump’s standing is George H.W. Bush, whose first cabinet was 71 percent white male. But Bush had fewer cabinet members, according to the New York Times' article. So, the percentage of nonwhite and women cabinet members combined in his cabinet is higher than Trump’s cabinet.

But looking at each demographic individually — white and male — changes the picture.

Trump's cabinet has a higer percentage of white males out of any first cabinet since Reagan, but he does not have the highest percentage of males.

You have to go back to Reagan to find a more white and more male cabinet. White males comprised 90 percent of his first cabinet. (It's worth noting Reagan had 17 white males to Trump's 18. Reagan's cabinet is considered less diverse, though, because he had even less people in his cabinet.)

The idea that Trump’s cabinet lacks diversity has been widely reported on, especially when confirmation hearings and appointments were being made.

During that time, a CNN report noted that Trump's four most influential departments are led by white males, which is a first since George H.W. Bush.

In a tweet, American Progress said, "Trump's Cabinet is more white and more male than any first Cabinet since President Ronald Reagan’s."

That claim is based on a credible New York Times analysis that found that Trump’s first cabinet had a smaller percentage of women and nonwhites combined than any president since Reagan. When you look at each demographic separately, however, George H.W. Bush has the most male cabinet.

With that in mind, we rate this claim Mostly True. 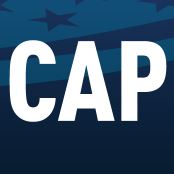 New York Times, "Trump’s Cabinet So Far Is More White and Male Than Any First Cabinet Since Reagan’s," Updated March 10, 2017

Politico, "Trump’s Cabinet by the numbers: White, wealthy and light on women," Jan. 24