Donald Trump
stated on July 19, 2017 in an interview with the New York Times:
During the Nixon Watergate investigation, "out of courtesy, the FBI started reporting to the Department of Justice. But there was nothing official."

President Donald Trump talked about how the FBI handled its findings as it investigated the Watergate break-in and its ties to the Nixon White House in a wide-ranging interview with the New York Times.

Here’s the transcript from that moment in the conversation with three reporters:

"When Nixon came along (inaudible) was pretty brutal, and out of courtesy, the FBI started reporting to the Department of Justice. But there was nothing official, there was nothing from Congress. There was nothing — anything. But the FBI person really reports directly to the president of the United States, which is interesting."

Watergate began when a team from the re-election campaign of President Richard Nixon broke into the headquarters of the Democratic National Committee, photographed documents and bugged the phones. Police caught several team members at about 2:30 a.m. June 17, 1972, and an FBI investigation began that same night.

The break-in, the cover-up and efforts by the White House to obstruct the work of the FBI led to multiple convictions and Nixon’s resignation in August 1974.

In Trump’s view, as the investigation moved forward, the FBI kept the Justice Department informed as a courtesy.

Trump’s statement runs into some problems with history.

Cleveland attorney James Robenalt, who runs a course on the lessons of Watergate, said there is no basis for Trump’s claim. 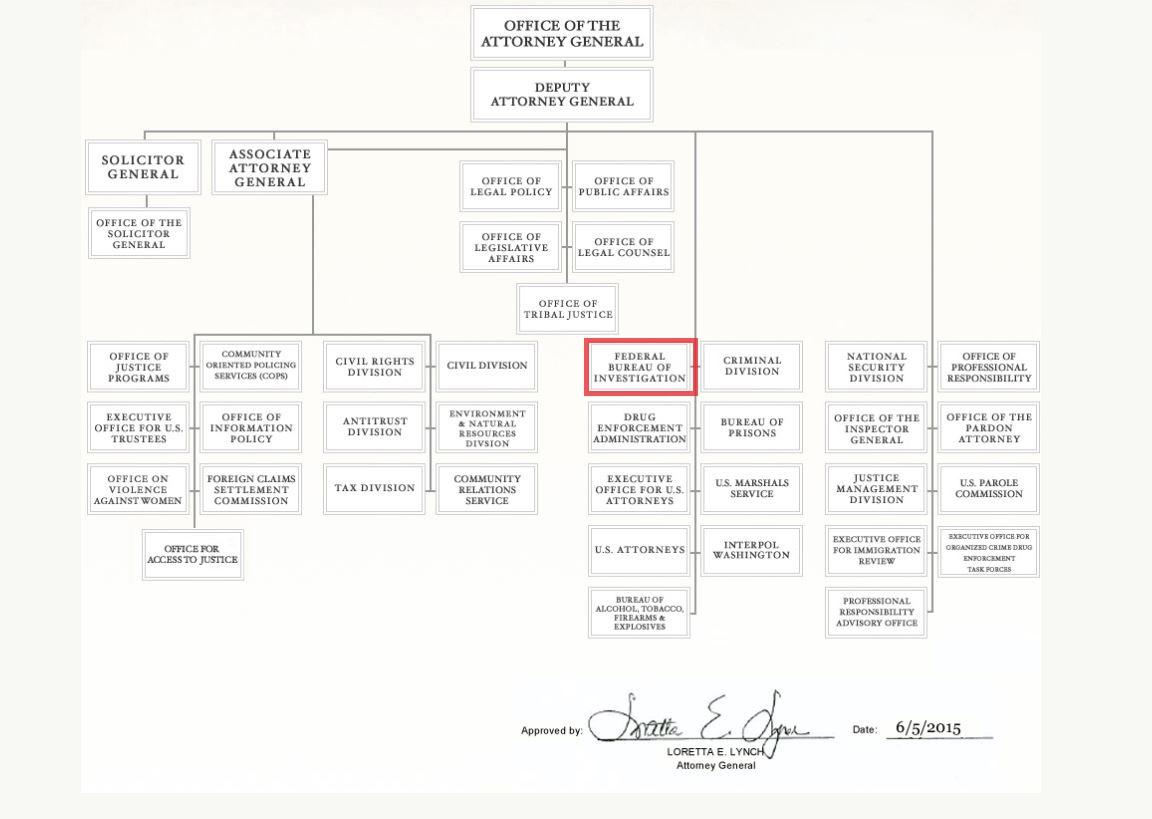 Benjamin Wittes, a fellow at the Brookings Institution and the editor of Lawfare, a respected legal affairs blog, said there was a thread of accuracy behind his statement.

Watergate, Wittes said, was a turning point. Trump might have been thinking of what existed up to that time.

"There are a whole series of norms that developed in the post-Watergate era that the president stay out of investigative matters and that we expect the FBI director to stay out of political matters," Wittes said.

Certainly, the history of the FBI under the leadership of J. Edgar Hoover is chock full of instances where the FBI dealt directly with the White House. That took place even over the express orders of a series of Attorneys General, including Robert F. Kennedy.

Wittes also said that the president has the power to hire and fire the FBI director and, in that sense, the director ultimately is answerable to the president.

But Trump made the broad assertion that there was "nothing official" that compelled the FBI to report to the Justice Department. We raised this issue with the White House press office and did not get an answer. We found that the historic record runs counter to Trump’s words.

The founding of the FBI

Attorney General Charles Bonaparte (a great-nephew of the French emperor) under President Theodore Roosevelt first made the case for an investigative division in his 1907 report to Congress.

"A Department of Justice with no force of permanent police in any form under its control is assuredly not fully equipped for its work," he said."

Bonaparte created the bureau in 1908, as his successor noted in his report in 1909.

"A few days before July 1, 1908, under the direction of my predecessor, the first active steps were taken toward the organization in this department of a comprehensive investigation service for the purpose of collecting evidence for the use of the government in cases pending or about to be commenced in the federal courts, and also for making such other examinations and investigations as the business of the department might require."

The 1910 annual report noted that the Attorney General is "kept constantly informed of the progress of all investigations."

J. Edgar Hoover, according to several historians, accepted the job in 1924 only on the understanding that "the Bureau will be responsible only to the Attorney General."

Even if Hoover didn’t follow that principle, the annual reports to Congress establish that the FBI was created by and for the Justice Department. From the very beginning, it reported to the department, and that practice didn’t start during Watergate.

In 1974, the Justice Department conducted its own review of the FBI’s actions in Watergate. It concluded that the agency "followed well established departmental policies" and "all information developed indicating any possible violations of federal law was properly referred to the department."

In fact, in direct contradiction to Trump’s understanding, it faulted the FBI for sharing reports with Nixon’s White House counsel, calling it "probably the most serious blunder from an investigative standpoint."

"FBI reports should be disseminated only to the prosecutor and certainly never to the White House," the report said.

Trump said "out of courtesy, the FBI started reporting to the Department of Justice" in the course of the Watergate investigation, and that there was "nothing official."

Justice Department annual reports dating from the birth of the FBI and the organizational structure of the Justice Department show that Trump is wrong. During Watergate, the FBI reported to the Attorney General’s Office because that is what it was created to do. It was not a matter of courtesy.

Trump’s ability to hire and fire the FBI director gives him ultimate authority over the conduct of the FBI director, but that's separate from the reporting obligations of the bureau to the Justice Department.

PolitiFact Rating:
False
During the Nixon Watergate investigation, "out of courtesy, the FBI started reporting to the Department of Justice. But there was nothing official."
Donald Trump
President of the United States

Ronald Kessler, The Bureau:The Secret History of the FBI, 2002

Email interview, James D. Robenalt, attorney and creator of a continuing legal education class on Watergate and its lessons, July 20, 2017