"The right thing is to just give teachers a raise," said Cruz, who represents Tampa. "It is embarrassing and I am ashamed that Florida pays our teachers $10,000 a year less than the national average. We are one of the largest states in the country. If we continue to recruit and retain the most talented people to educate our children, it starts with paying them a wage that they can live on without working a second job."

Cruz certainly has a point. On the specifics, teacher pay in Florida lags behind the national average by about $9,000.

A spokesman for Cruz said she rounded up a figure from the U.S. News and World Report Best Jobs of 2017 rankings. The report showed the median salary for a U.S. high school teacher was $57,200 in 2015. Florida Department of Education data show the average salary for a teacher in Florida was $48,179 as of April 2016.

We went in search of other rankings comparing public school teacher pay nationwide.

The National Educational Association, a labor union, collects data from state education departments showing average classroom teacher pay in each state. The most recent numbers from fall 2016 show Florida teacher salary at $49,199 and the national average at $58,353 -- or a difference of about $9,154. (An analysis by the NEA earlier in the year showed a slightly different national average but the NEA allows states to provide updated data later in the year.)

Florida has paid teachers less than the national average for many years pre-dating Scott’s tenure. A chart from the federal National Center for Education Statistics based on NEA data shows a similar pay gap between Florida and the national average in 2009-10 when Charlie Crist was governor. The most recent year that shows Florida teacher pay was anywhere close to the national average was in 1969-70.

Within a state, the pay and cost of living can vary among school districts depending on if they are small rural towns, urban centers or wealthy beachfront communities. Discrepancies in benefits, such as health insurance, can make a difference in take-home pay.

Florida Department of Education spokeswoman Cheryl Etters said that each school district negotiates salaries of their instructional and classroom staff locally. Additionally, Florida has no state income tax, she said (although income tax is only one piece of what people pay in taxes).

Cruz said, "Florida pays our teachers $10,000 a year less than the national average."

The real difference between the average national and Florida pay for teachers is technically closer to $9,000 than $10,000. 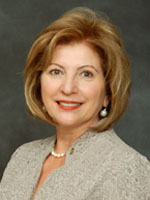