Ax The Bev Tax
stated on March 22, 2017 in In a tweet:
"We offer a tremendous amount of low calorie, no calorie options, like waters, unsweetened products, low calorie diet items. All of which unfortunately are taxed by this tax."

Philly's sugar-sweetened beverage tax affects hundreds of drinks, but not unsweetened ones.

At times, it hasn’t been 100 percent clear to vendors and shoppers what’s covered under Philadelphia’s sugary drinks tax. Look no further than that time ShopRite taxed hot sauce in January.

But a high-ranking PepsiCo employee should probably understand, right?

Well that’s not what it sounded like in a tweet earlier this week from the anti-tax coalition Ax The Bev Tax. The tweet replayed a conversation on WURD 900-AM between host Solomon Jones and Amy Chen, founder of PepsiCo’s Food for Good initiative. In the short clip, as presented in the tweet, Chen says, "We offer a tremendous amount of low calorie, no calorie options, like waters, unsweetened products, low calorie diet items. All of which unfortunately are taxed by this tax."

Pat Toomey
stated on December 27, 2020 in an interview
“In my state, as in many other states, we have governors who are closing down businesses again.”

Chen’s conversation with Jones lasted for several minutes, based on the audio file from WURD’s website. So Ax The Bev Tax edited it down for purposes of the tweet. And not only did they shorten Chen’s conversation, the alteration of the clip adjusted what she said.

In her original conversation with Jones, Chen said, "We offer a tremendous amount of low calorie, no calorie options, like waters, unsweetened products, low calorie diet items. All of which unfortunately -- or most of which -- are taxed by this tax." Ax the Bev Tax’s clip removed "or most of which," the portion of her statement where she realized her error of saying all those drinks would be taxed and corrected herself.

Speaking for PepsiCo and Ax The Bev Tax, Anthony Campisi said it was an editing error committed by someone "still getting oriented with the nuances of the tax" and that the anti-soda tax coalition had consistently claimed from the beginning the tax only applies to sweetened beverages. He called it an honest mistake and said, "this just seems like in the grand scheme of things about the beverage tax to be really small stuff."

The Ax The Bev Tax Twitter account played a clip of Pepsi employee Amy Chen saying "We offer a tremendous amount of low calorie, no calorie options, like waters, unsweetened products, low calorie diet items. All of which unfortunately are taxed by this tax." Water, as long as it has no sweeteners added, and unsweetened beverages are not taxed.

Chen actually said on the radio show that "most" of those types of beverages were taxed, but Ax The Bev Tax’s clip was altered. Ax The Bev Tax has acknowledged the clip is inaccurate, with spokesperson Anthony Campisi chalking it up to an editing error by someone still getting familiar with the nuances of the tax. But the error was still made. A true statement by Chen was turned into a false statement by Ax The Bev Tax. PolitiFact regularly challenges politicians who make claims and then later admitted they made a mistake or misspoke or walk their original statement back. This is similar.

We rule the claim Pants On Fire. 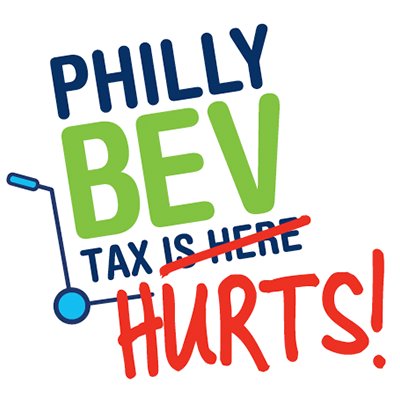 Martina White
stated on August 31, 2017 In a statement to the Northeast Times:
"It is shocking to me that Police Commissioner Richard Ross and Mayor Jim Kenney allowed this illegal occupation to go on for hours without taking any action to enforce the law…"

Jeff Sessions
stated on July 21, 2017 In a speech:
Preliminary murder rates in Philadelphia "will put the murder rate at the highest of this decade in the city."

Pat Toomey
stated on June 25, 2017 On "Face The Nation":
"Remember, Obamacare created a new category of eligibility. Working-age, able-bodied adults with no dependents for the first time became eligible for Medicaid if their income is below 138 percent of the poverty level. We’re going to continue that eligibility. No one loses coverage."

Tariq El-Shabazz
stated on April 28, 2017 In a statement responding to a news article:
"In my 30 year career including dozens of capital cases, not a single client of mine has ever been sentenced to death."

Brian Sims
stated on March 31, 2017 In a fundraising message:
"Finally, I will continue to fight against Republicans like Martina White, who like Trump, wants to deport all of our hard working immigrant brothers and sisters and white wash America."

Ax The Bev Tax
stated on March 22, 2017 In a tweet:
"We offer a tremendous amount of low calorie, no calorie options, like waters, unsweetened products, low calorie diet items. All of which unfortunately are taxed by this tax."

Mike Kelly
stated on March 4, 2017 In front of a crowd in Northwestern PA:
He’s only there for one purpose and one purpose only, and that is to run a shadow government that is gonna totally upset the new agenda.

Wick Moorman
stated on February 15, 2017 In front of a Senate subcommittee:
"More than ever our nation and the traveling public rely on Amtrak for mobility."

Donald Trump
stated on January 26, 2017 In a speech at the GOP Retreat:
"Here in Philadelphia murder has been steady — I mean — just terribly increasing."

Donald Trump
stated on January 4, 2017 In a tweet:
"Jackie Evancho’s album sales have skyrocketed after announcing her inauguration performance."

Jim Kenney
stated on December 15, 2016 a report:
"While many urban areas across the country saw a sharp increase in crime over the last year, the Philadelphia Police Department successfully lowered part one crimes."

Doug Pederson
stated on December 18, 2016 In a press conference:
"Your chances of throwing it are actually a little bit better in that situation."