Don’t buy it. The post is fake and Armstrong is alive, he’s already indicated.

The fake story claims Armstrong has died of stage 4 colon cancer. The news allegedly was announced on Facebook by Armstrong’s daughter, Anna.

Armstrong, though, took to social media to debunk the post. As noted by news organizations including the American-Statesman, a May 12, 2017, video post on the one-time world-class bicyclist’s Instagram account shows Armstrong seated behind a car steering wheel and showing, on a phone, the announcement of his death by the fox-news24.com website, and then smiling and shaking his head back and forth, meaning "naw."

Before noon the same day, Armstrong tweeted out a web link to the video with this message: "The rumors of my death are greatly exaggerated." 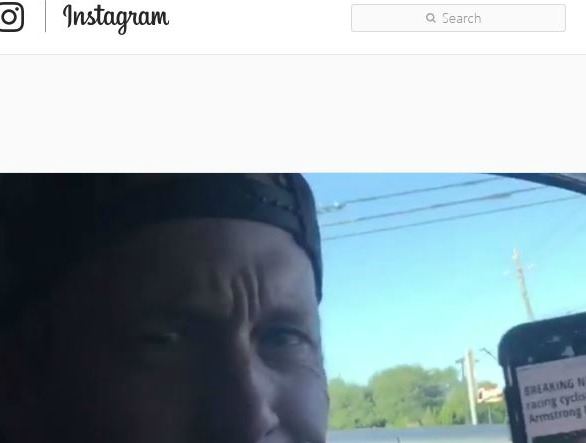 As our colleagues at PolitiFact in Washington noted in April 2017, the fox-news24.com site attempts to mimic Fox News, but has no connection to the cable news network.

The fox-news24.com story's citation of Anna helps raise a red flag. Armstrong has no children who go by that name, at least according to a December 2016 Daily Mail news story about an Armstrong family Christmas card.

Just before we completed this fact check, an Armstrong representative, Mark Higgins, answered our inquiry by email: "I can confirm that he is indeed alive."

The once world-class and still world-famous cyclist remains alive.

We find this claim (bike) Pants on Fire!