More than 100 million trees have died in California's forests due to drought and bark beetle infestations since 2010. Photo / U.S. Forest Service

More than 100 million trees have died in the forests due to drought and bark beetle infestations since 2010. The tree mortality crisis led Brown, a Democrat, to declare a state of emergency in October 2015.

Patterson’s district includes towns in the Sierra National Forest and Kings Canyon National Park east of Fresno where the tree die-off is severe.

If they fall, dead and dying trees can damage public roadways, water and power infrastructure and private homes and businesses. But removing them isn’t cheap: It can cost $1,000 or more for each tree.

In response to the die-off, the state has reimbursed cities and counties for a portion of the cost to clear hazardous trees from public rights-of-way.

Patterson’s statement makes it seem as if that program is being drastically scaled back.

We decided to fact-check the assemblyman’s claim that the governor’s May budget "cuts funds for local tree mortality efforts from $52.7 million to just $2 million." 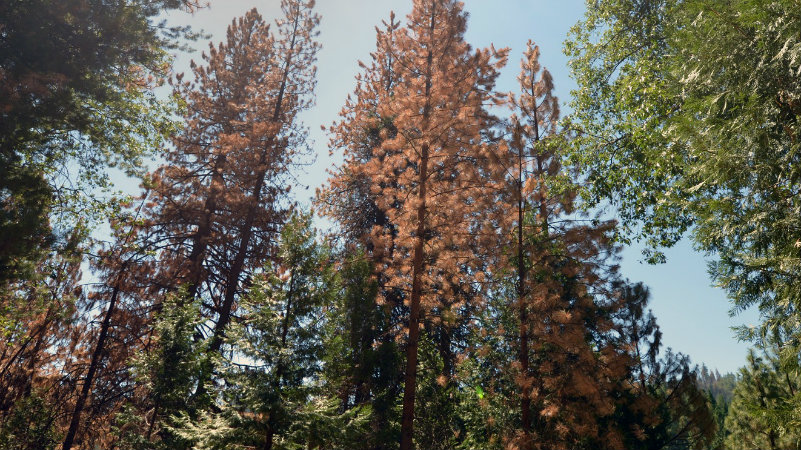 Patterson is referring to California Disaster Assistance Act funding. Some of his figures are correct, but perhaps not in context.

Brown’s initial budget released in January indeed shows the governor set aside $52.7 million for this disaster assistance fund. It did not cite a specific amount for tree removal reimbursements.

The governor’s revised May budget shows the overall disaster assistance fund was reduced to $8.5 million. It sets aside just $2 million for local agencies to remove dead or dying trees based on expected demand for that money, according to state officials.

Brown, following record rainfall in California, declared an end to the state’s drought emergency in April. As a result, he scaled back his plans for emergency spending by more than $100 million in his updated budget.

Patterson’s spokeswoman did not respond to questions about the claim.

Looking again at the assemblyman’s statement, it’s simply not accurate to say the $52.7 million set aside in January for disaster funds was all intended to help with the tree die-off.

"A lot of that money was for the effects of drought, drinking water, community water sources. It was not just for tree mortality. Tree mortality is just one kind of disaster that could have requested reimbursements from that fund," said Janet Upton, deputy director of the California Department of Forestry and Fire Protection, also known as CalFire.

Upton said the $2 million figure is based on the state’s projections for how much local governments will seek in reimbursements in the coming fiscal year for the removal of dead and dying trees.

Since the tree crisis started, local governments have requested less than $600,000 from the disaster fund for the removal costs, Upton added. She said the state would ensure all eligible requests by local governments are reimbursed even if the requests exceed the $2 million in the budget.

"If there was an unmet demand of $40 million, that would be a different story," Upton said. 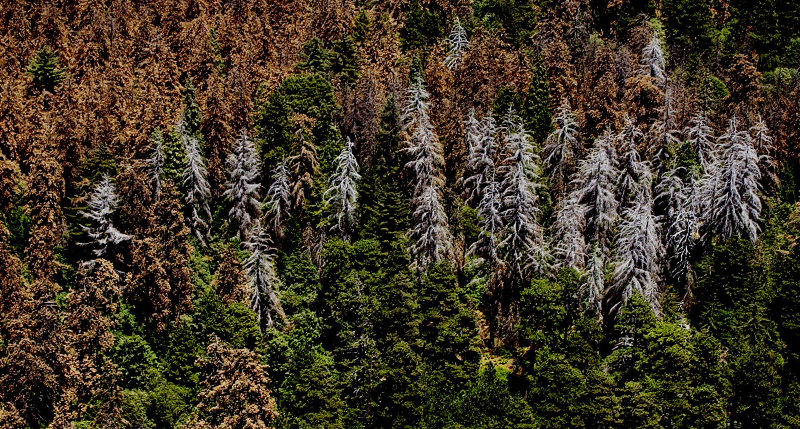 Facebook posts
stated on September 28, 2022 in a Facebook post
"The true meaning of Hurricane," or Her-ricane, is the spirit of "the African woman who has been stolen."

Requests to ramp up?

Even so, the governor’s decision to reduce disaster funding is still worrisome, said Staci Heaton, who works for the Rural County Representatives of California.

"I think (the $2 million) is going to be a little low," said Heaton, whose organization advocates for many of the mountainous counties affected by the die-off.

Heaton said she expects requests for tree removal reimbursements "will ramp up," adding that rural counties see the reduction "as a fairly big hit to local government aid."

Rural cities and counties aren’t the only ones removing the dying trees. And the disaster fund isn’t the only source of money that helps local governments.

Here’s another example as outlined in the governor’s January budget:

"In December 2016, CalFire awarded $15.8 million in grants for a total of 107 projects across 34 counties to support local efforts to remove dead and dying trees that pose a threat to public health and safety and projects that reduce the threat of wildfires to homes."

"The governor’s emergency declaration for the forests has ushered in tens of millions of dollars to address safety issues. So far, roughly 500,000 trees have been removed and miles of fuel breaks have been cut in a joint effort by the Forest Service, the California Department of Forestry and Fire Protection, the California Department of Transportation and private utilities. Pacific Gas and Electric Co. alone removed 236,000 dead or dying trees last year."

Upton noted that nearly half of the $90 million CalFire had been receiving on a temporary basis each year to respond to the drought has now been converted into permanent annual funding.

This allows the agency, she said, to continue its year-round staffing, which will focus in part on removing hazardous trees and easing the tree mortality crisis.

Patterson’s claim gets the $2 million figure correct. But it’s misleading and not accurate to say the entire $52.7 million was set aside to remove dead and dying trees. It’s a disaster assistance fund that also helps pay for water storage and sanitation projects across nine counties in California.

Brown declared an end to the state’s drought emergency in April, a move that led the state to scale back some temporary emergency funding.

Over the past couple years, local governments have requested less than $600,000 for tree removal reimbursements from the disaster assistance fund, though an advocate for rural counties expects requests will ramp up this year.

Patterson taps into a real concern over tree mortality and its cost to local governments. But his statement cites a misleading budget number and ignores critical facts that would give a very different impression.

Capital Public Radio's Insight program discussed this fact check and a separate national fact check on May 31, 2017. Listen to the discussion below:

UPDATE: We reached out to Patterson's office for this fact check but have yet to hear back directly. Two days after our report published, Patterson responded to it on Twitter. He said: "The cuts are real, large & dangerous. People who live in the midst of this disaster are scared, and the counties they live in are too."

Brown Administration, 2017-18 May Revision to the Governor's Budget and 2017-18 Governor’s Budget proposed in January, accessed May 2017