The "admission" in the post was an employee at YouTube telling a Fox News affiliate reporter, "I didn’t have a gun on me, but I wish I did." Here’s a screenshot of the video. 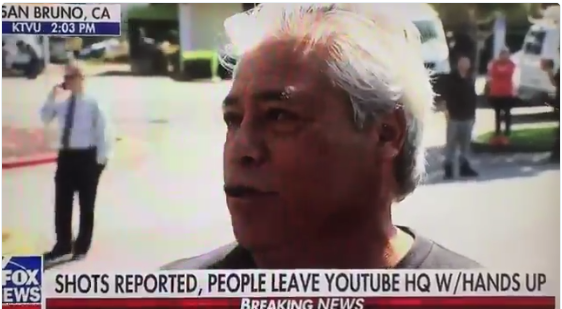 Now, here’s the screenshot of CNN in the Daily Vine piece. 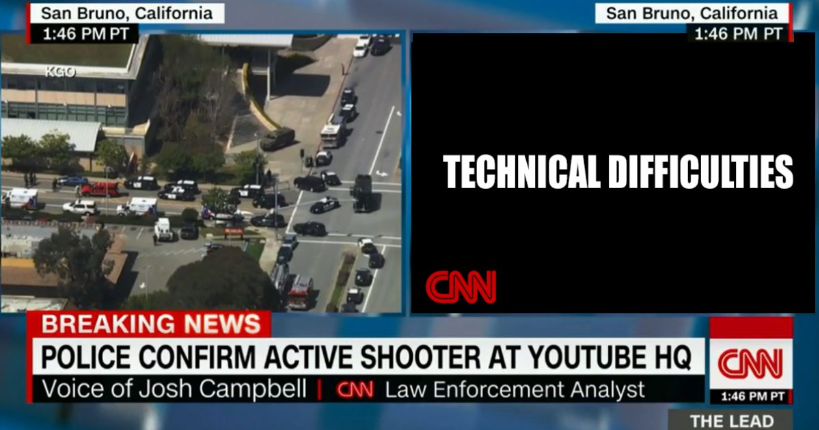 The time stamp is 1:46 p.m. Pacific time, or about 15 minutes before the clip that CNN purportedly masked with a faux breakdown in its video feed.

So the clips don’t match up.

In addition, the clip of the eyewitness appeared on Fox News, not CNN.

Just to be complete, we used the real-time television recording service TVEyes to watch CNN’s coverage for the full minute of 1:46 p.m. PT. The network was interviewing an expert named Josh Campbell, and there was no technical interruption, and no break in the video feed.

What we have seems to be nothing more than some basic use of photo editing and a completely false headline.

This is a fine example of Pants on Fire fake news.