Rep. Martha McSally told Arizona voters that her top Republican opponent for U.S. Senate is a former liberal who stood in the way of President Donald Trump’s plan to tackle illegal immigration.

"Who will stand with President Trump? Former Democrat Kelli Ward attacked President Trump's plans to crack down on illegal immigration, saying Trump was making a mistake. And Ward supports amnesty," said the narrator in an ad launched by McSally’s campaign.

The ad claims that contrary to Ward, McSally does stand with Trump, and features a brief clip of Trump calling McSally "the real deal."

McSally, former state senator Ward and former Maricopa County Sheriff Joe Arpaio are all vying in the Aug. 28 Republican primary for the seat being vacated by Republican Sen. Jeff Flake.

The ad misleads. Ward did say Trump was mistaken — but not on his overall plan to combat illegal immigration. Her comment was about Trump’s support of bills backed by McSally. Ward, who supports Trump’s border wall promise and strategy to deter illegal immigration, criticized those bills as granting "amnesty without border security first."

What Ward said about border security

Let’s clear whether Ward is a former Democrat, as McSally called her.

Ward registered as a Democrat in West Virginia when she was 18 years old, but switched to the Republican Party in her early 20s, said her spokesman Zachery Henry. Ward is now 49.

McSally’s claim that Ward attacked Trump’s immigration plan goes back to a July 2018 candidates’ interview with the editorial board of the Arizona Republic. We listened to the audio.

In the interview, Ward makes it clear that her criticism is of legislative proposals — not of Trump or his goal of stopping illegal immigration.

Ward: "As I said, when President Trump goes down the wrong way, he has to have the right guidance and the right advisers nearby to say, ‘Hey, let's take another look at this,’ not in a way that’s attacking him."

McSally: "Ah, so he was mistaken by supporting these bills?"

Ward: "Well, I think so, because they were amnesty bills. I don't know how they were presented to him, but I can tell you that in reading the bills they were big amnesty bills, between 69,000 and 2.2 million granted amnesty without border security first. So, those bills should be attacked and they will continue to be attacked because they need to be exposed for what they are."

Ward’s spokesman said Ward was referring to two measures: Securing America’s Future Act of 2018 and the Border Security and Immigration Reform Act of 2018.

Securing America’s Future Act, cosponsored by McSally and supported by Trump, included a $38 billion trust fund for border security and $18 billion for the wall. The bill came up for a House vote in June as lawmakers attempted to find a solution for "Dreamers," immigrants in the country illegally who came to the United States as children. The bill would have allowed certain Dreamers to get a three-year renewable nonimmigrant status; but immigrant advocates criticized it for not laying out a path toward citizenship, and conservatives said it offered amnesty. The bill failed 193-231.

The Border Security and Immigration Reform Act of 2018 also failed in the House in June, 121-301. It included about $25 billion for border security, a path toward citizenship for Dreamers under a points-based system, proposed keeping children in immigration detention with their parents, and eliminated some avenues of legal immigration, such as the diversity visa program and certain family-based visa categories. Conservative opponents of the bill said it would grant amnesty to millions of immigrants, while immigrant advocates said it did not cover enough Dreamers and allowed indefinite detention of immigrant children.

Ward’s opposition to these bills wasn’t about border funding; she believed they provided amnesty to immigrants in the country illegally.

McSally's campaign argued that Ward supports amnesty because Ward has said she'd let Dreamers, beneficiaries of Deferred Action for Childhood Arrivals, or DACA, stay in the United States. In a January 2018 opinion piece, Ward wrote, "Only after the border wall is completed should Congress work on a path to potential legalization of individual DACA recipients, and only current DACA recipients who have been properly vetted."

Overall, Ward has campaigned in support of Trump’s border wall and against illegal immigration.

Ward registered as a Democrat when she was 18 years old but became a Republican in her early 20s. Ward supports Trump’s border wall promise. She opposed bills that included funding for border security, because she believed they provided amnesty, not because they included border security measures. Ward said Trump’s mistake was supporting the bills.

McSally’s ad contains an element of truth but ignores critical facts that would give a different impression. We rate it Mostly False. 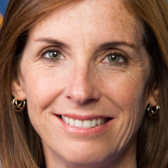 USAToday.com, Enforce our laws and secure our borders, July 9, 2018