Frank White
stated on August 6, 2018 in a campaign ad:
"Ashley Moody was a lifelong Democrat." ​

That’s how a Republican candidate for Florida attorney general attacked his primary opponent in an ad weeks before the Aug. 28 primary.

Frank White, a member of the Florida House since 2016, is challenging Ashley Moody, who was a Florida circuit court judge for 10 years before she resigned to run for attorney general.

"Ashley Moody sued Donald Trump for fraud," said an ad from White, referencing when Moody was a plaintiff in a lawsuit concerning Trump’s involvement in the development of the unfinished Trump Tower Tampa.

"Now she wants to be our Republican attorney general. How could we ever trust her?"

Then the ad goes even further: "Ashley Moody was a lifelong Democrat."

That would be an interesting development in a Republican primary, if it were true. But it is not.

Under law, Florida voter registrations are public records and can be released to any person upon request.

So we acquired Moody’s records from the supervisor of elections in Hillsborough County, where Moody currently lives, as well as elections supervisors in other counties where she had previously lived.

We found that Moody first registered to vote in 1993, when she was 18. At that time, she registered as a Democrat in Hillsborough County.

Moody later moved to Alachua County to attend the University of Florida. On Jan. 6, 1998, she updated her voter registration and switched her party affiliation to Republican.

Moody then moved back to Hillsborough County and registered again to vote there in 2002. She then switched her registration so that she was registered in Duval County on June 30, 2004, said Katrell McKenzie of the Duval County Supervisor of Elections Office.

In June 2006, Moody switched to being registered in Hillsborough County once more.

She has been registered as a Republican in Hillsborough since 2006.

So Moody was a registered Democrat for five years, but for the last 20 years, she’s been a registered Republican.

Asked how this qualifies Moody as a "lifelong Democrat," a spokeswoman for Frank’s campaign gave an interesting response.

Erin Isaac pointed out that "the ad does not say she IS a lifelong Dem."

"Ashley Moody WAS a lifelong Democrat. Moody first registered as a Democrat and maintained that registration continually before reregistering, by continuing to act like a liberal. So she was a lifelong Democrat before she switched and continued liberal actions," Isaac explained.

But most viewers of the ad aren’t paying attention to the small detail of whether White decided to call Moody a "lifelong Democrat" in the past or present tense.

The Moody campaign website points out that Moody is not the only Republican politician to have started out by registering as a Democrat. President Donald Trump, Vice President Mike Pence and Florida Attorney General Pam Bondi (who has endorsed Moody in the race) were all previously registered Democrats. (Pence, regarded as a stalwart Republican who hosted a conservative talk radio show, was a youth coordinator for his county’s Democratic Party.)

Voter registration records show Moody did register as a Democrat in 1993, when she was 18. But she switched her party affiliation in 1998 to Republican, and has remained registered as a Republican ever since then. 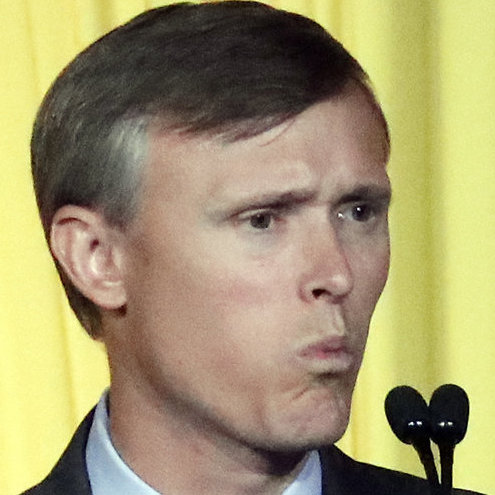 Bloggers
stated on August 23, 2018 a blog post:
"NASA says an asteroid bigger than a football pitch is heading towards Earth."

Bloggers
stated on August 22, 2018 a blog post:
"JUST IN: Actor ‘Vin Deisel’ dies after a Failed Attempt to Perfect a Stunt on set." ​

The Other 98%
stated on July 24, 2018 a Facebook post:
"Trump just gave a $12 billion bailout to farmers hurt by his failed tariffs. This will cost every household in the U.S. $95 … Trump is borrowing the money from China since his tax cuts blew a trillion dollar hole in the deficit."

Kamala Harris
stated on July 19, 2018 a tweet:
"In 99 percent of counties in America, someone making the minimum wage working full time can’t afford a 1-bedroom apartment."

Bloggers
stated on July 11, 2018 a blog post:
"Woman set to testify against Clintons blown up in home explosion."

Bloggers
stated on July 10, 2018 a blog post:
Say "Pope says that the rights of Muslim migrants trump any safety concerns that you might have with them in your country."

Alexandria Ocasio-Cortez
stated on June 27, 2018 an interview with The Intercept:
"ICE is required to fill 34,000 beds with detainees every single night and that number has only been increasing since 2009."

Ted Lieu
stated on June 16, 2018 a tweet:
"Every day over 450,000 Americans sit in jail not because they've been convicted of anything, but because they are too poor to pay bail & don't have high powered attorneys."