David Rouzer
stated on May 8, 2018 in a tweet:
"The #irandeal ultimately would have guaranteed Iran a nuclear bomb capable of reaching the US."

In this Sept. 24, 2017 AP file photo, a Ghadr-H missile, center, a solid-fuel surface-to-surface Sejjil missile and a portrait of the Supreme Leader Ayatollah Ali Khamenei are displayed at Baharestan Square in Tehran, Iran.

Among them was Rep. David Rouzer, a Republican from southeastern North Carolina. Rouzer argued (accurately) on Twitter that Iran is the top state sponsor of terrorism. But then he went a step further.

"The #irandeal ultimately would have guaranteed Iran a nuclear bomb capable of reaching the US," Rouzer tweeted on May 8. 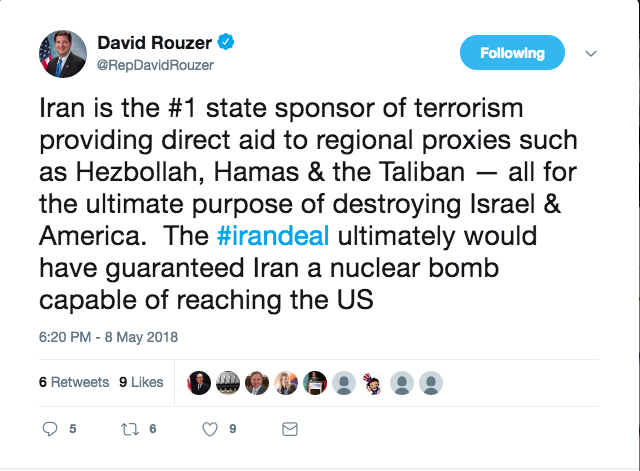 PolitiFact has heard and reported on a lot of rhetoric surrounding the Iran deal, an agreement signed in 2015 by Iran, the United States, and other nations and championed by former President Barack Obama. In Rouzer’s claim about a nuclear bomb "capable of reaching the U.S.," the word "guaranteed" stands out to us.

We contacted Rouzer’s office and asked for evidence to support his claim. His staffer, Danielle Smotkin, referenced three people’s comments to support the congressman’s claim:

About that missile range: That means Iran is capable of reaching U.S. interests in the Middle East, but isn’t capable of striking the United States mainland — 7,200 miles away. (PolitiFact has written before about how likely it is that Iran will develop intercontinental ballistic missiles.)

The Iran deal, officially titled the Joint Comprehensive Plan of Action, puts a cap on how much uranium Iran can enrich until 2030.

As part of the deal, Iran drastically limited its ability to build a weapon by giving up 97 percent of its enriched uranium stockpile when it signed the deal. Iran could also build a weapon with plutonium, but the agreement bans plutonium reactors for 15 years and stipulates that Iran must dismantle its current one. Some of the deal’s terms last forever, including a ban on nuclear weapon design and manufacturing.

"In fact, the text of the JCPOA explicitly states that ‘under no circumstances will Iran ever seek, develop or acquire any nuclear weapons’," said Elena Chachko, coordinator of Harvard’s Empirical Legal Studies Series and a doctoral student at its law school.

So the deal, on paper, restricts Iran from building nuclear weapons. And so does an agreement among about 190 countries to prevent the spread of nuclear weapons, Chachko said.

"As a non-nuclear-weapon state under the Nuclear Non-Proliferation Treaty (NPT), Iran is banned from acquiring nuclear weapons under international law regardless of the JCPOA," she said.

David Albright, founder of the Institute for Science and International Security, suggested that the public not judge Rouzer’s words in the literal sense. He agreed with Rouzer’s broader point that, years from now, Iran could have enough materials to secretly build a nuclear bomb.

The Iran deal "kicked the can down the road and did not settle the question of Iran building nuclear weapons," he said.

Ian Williams, managing editor of Missile Threat, a product of the Missile Defense Project at the Center for Strategic and International Studies, agreed.

"The deal does not completely block the path" toward a nuclear bomb, Williams said.

"On a very fundamental level, it leaves them everything they would need," he said. However, the Iran deal "definitely made it harder" to make a bomb.

However, "the tweet is inaccurate. It makes it seem like, in 10 years, we will give them a nuclear weapon," Williams said.

Rouzer tweeted that the Iran deal "ultimately would have guaranteed Iran a nuclear bomb capable of reaching the US."

For one thing, the deal didn't promise Iran a nuclear weapon. In fact, language in the deal — and in the separate Nuclear Non-Proliferation Treaty — bans Iran from possessing such a weapon.

Experts acknowledge the deal didn't necessarily prevent Iran from getting the bomb — but said it made it more difficult. Further, Iran is currently limited to missile strikes within a 1,200-mile range, not nearly far enough to reach the United States.

PolitiFact Rating:
False
“The #irandeal ultimately would have guaranteed Iran a nuclear bomb capable of reaching the US.”
David Rouzer
Congressman (R-NC)
https://twitter.com/RepDavidRouzer/status/994024279699312641 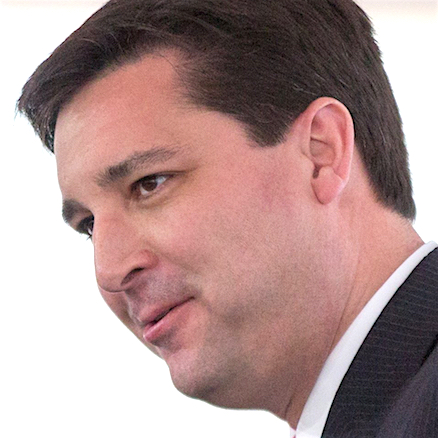 Full text of the Iran Deal.

Email correspondence with David Albright,  founder of the Institute for Science and International Security.

Email correspondence with Elena Chachko, coordinator of Harvard’s Empirical Legal Studies Series and a doctoral student at its law school.

A transcript of the April 5, 2015 interview on NBC’s "Meet the Press" between anchor Chuck Todd and Benjamin Netanyahu, prime minister of Israel.

Posts by PolitiFact, "Iranian missiles and the eastern U.S.: How big a threat?" published April 23, 2015; and "Donald Trump says wrongly the Iran nuclear deal expires in 7 years," published May 2, 2018.