Kavanaugh said he drank beer in high school, but denied ever drinking to the point of blacking out. An image making the rounds on social media tries to disprove that point by showing a drunk Kavanaugh passed out from too much drinking.

But the photo does not show Kavanaugh.

"Never been passed/black out drunk, huh.... #kavanaugh," the caption on a Facebook image reads. The photo on the left shows a young man holding two beer bottles apparently passed out on a couch, with the year 1982 beneath it. The photo on the right shows Kavanaugh now, with 2018 written below it. 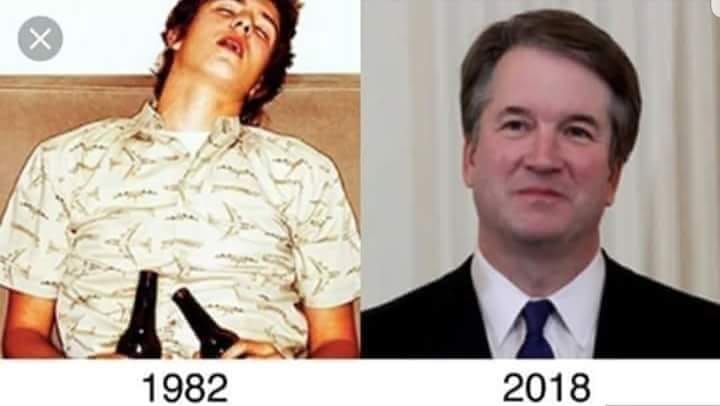 The photo on the left is not actually Kavanaugh in 1982. It is a stock photo from Getty Images, found in their creative images bank. It is captioned "portrait of a young man asleep on the couch after drinking too much beer."

Getty was only founded in 1995, and there is no indication that the photo was taken prior to that date.

A search for photos of Kavanaugh in Getty Images yields no results prior to 1996, when Kavanaugh was an aide to Independent Counsel Kenneth Starr.

The photo has appeared in multiple health articles warning of the dangers of binge drinking.

Getty, Portrait of a young man asleep on the couch after drinking too much beer