Bloggers
stated on April 1, 2019 in news articles and blogs:
Americans "would run out of avocados in three weeks" if imports from Mexico were stopped due to a border closure.

Late-night comedians and news headlines whipped up worries all week: Avocados could disappear "in three weeks" if President Trump shuts down the border.

"Holy lack-a-guacamole. No avocados! What are we supposed to put on our toast now, jelly?" Stephen Colbert quipped on "The Late Show with Stephen Colbert."

Yahoo! News captured the concern with this headline:

"The U.S. Would Run Out Of Avocados In Three Weeks If The Mexico Border Were To Actually Close"

Many other outlets and blogs reported the same alert, all citing President Trump’s threat to shut the border.

We wanted to know: Had these warnings served up the truth?

Couldn’t growers in California, a leading avocado producer, step in and replace the high-demand fruits in the case of a shut down?

We don’t typically examine predictions. But given Trump’s repeated threats to close the border and America’s avocado obsession, we decided the time was ripe for a fact check. 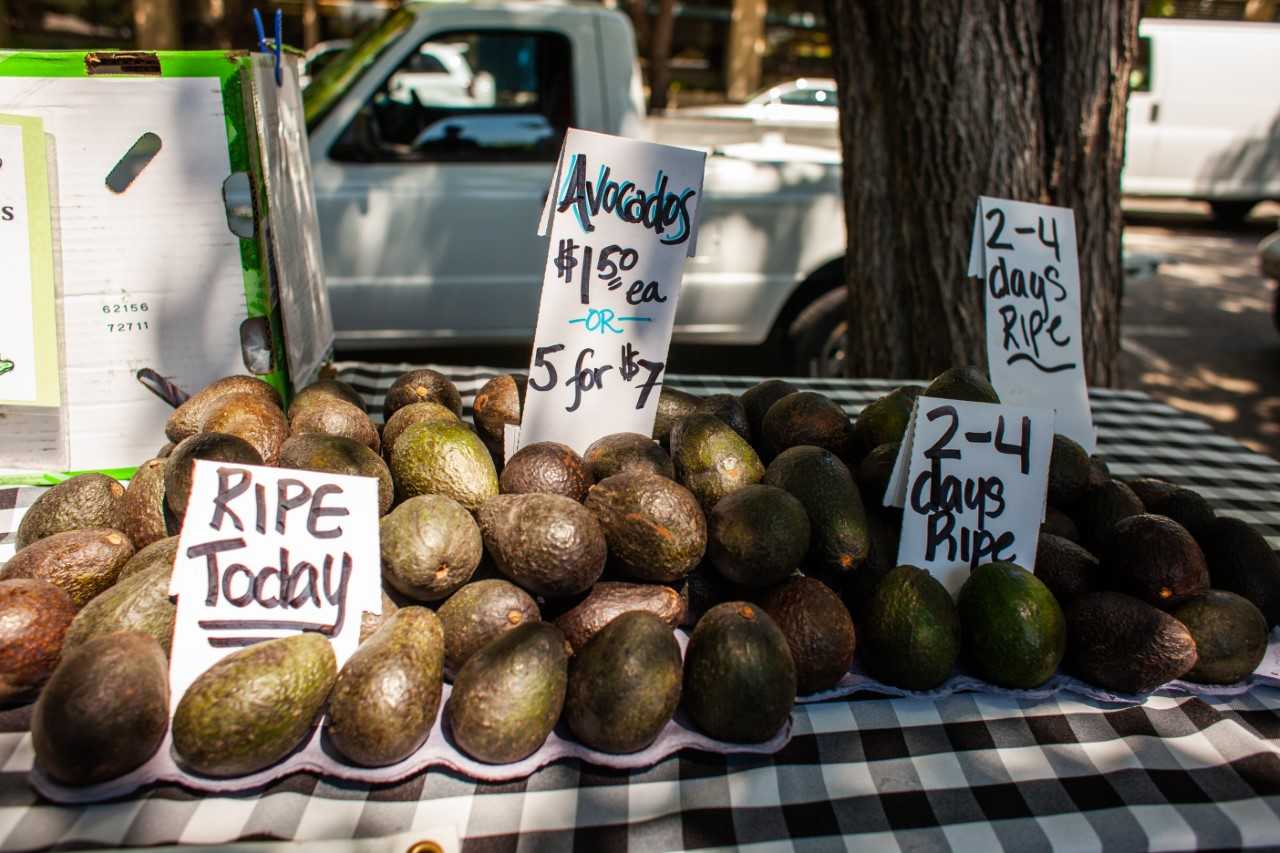 Where did this claim start?

The fears over an avocado vanishing started with a Reuters news article on April 1. And, no, it wasn’t an April Fool’s joke.

"Americans would run out of avocados in three weeks if imports from Mexico were stopped, said Steve Barnard, president and chief executive of Mission Produce, the largest distributor and grower of avocados in the world," the article stated.

"You couldn’t pick a worse time of year because Mexico supplies virtually 100 percent of the avocados in the U.S. right now. California is just starting and they have a very small crop, but they’re not relevant right now and won’t be for another month or so," Barnard told Reuters.

We asked Mission Produce for more information but did not hear back.

Dan Sumner, an agricultural economist at the University of California at Davis, said the prediction about an avocado shortage is generally correct, given the nation’s reliance on Mexico, though it needs some context.

"Avocado demand has expanded so rapidly that we now import about 80 percent of the avocados we use in the United States," Sumner said. "California produces almost all the rest, about 20 percent. And almost all the imports come from Mexico. A little bit from Chile and a few other places."

Sumner said the claim assumes that Americans would continue to consume avocados at the same rapid pace we do now, even after a shut down.

Facebook posts
stated on January 13, 2023 in a post
“MRNA vaccines are being injected into our food supply.”

Price spikes, however, would cause demand to wither and some expensive avocados might be leftover, and stores might try to ration avocados, he added.

"Exactly what the retail strategy would be in this case, I’m not sure. But we would have vastly fewer avocados," Sumner said.

Just how fast avocados would disappear, if at all, would depend on whether the Trump administration enacts a full or partial border closure. White House economic adviser Larry Kudlow told CNBC he’s looking for ways to keep some commerce flowing.

"We are looking at different options, particularly if you can keep those freight lanes, the truck lanes, open," he said this week.

"Mexico is the big player today. California is not. You shut down the border and California can’t produce to meet the demand," Holtz said. "There will be people without their guacamole."

While Mexico’s avocado harvest is year-round, California’s is limited to April through July. Growers in the state have picked only about 3 percent of what’s expected to be a much smaller crop of about 175 million pounds this year, Holtz said. A heat wave last summer reduced the crop size.

California’s avocado harvest has averaged approximately 300 million pounds in recent years, according to data from the California Avocado Commission. By contrast, the U.S. has imported more than 1.5 billion pounds of avocados from Mexico annually. Representatives from the commission did not respond to requests for this article.

Altogether, the U.S. received 43 percent of its fruit and vegetable imports from Mexico in 2016, according to the U.S. Department of Agriculture.

Also affecting this year’s avocado supply, a California avocado company in March recalled shipments to six states last month after fears the fruit might be contaminated with a bacterium that can cause health risks.

Until the early 2000s, California was the nation’s leading supplier of avocados, Holtz said. Mexico gradually overtook the state and now dominates sales in the U.S.

"It’s a very big possibility," Holtz said of avocado shortages. "Three weeks would dry up the Mexican inventory. California alone consumes more avocados than are grown in our state. Cold storage supply chain is basically three weeks or less of inventory. Most of the time it’s seven days."

A spokeswoman for the California Restaurant Association said "we haven’t heard concerns from restaurants, it doesn’t mean they aren’t worried." A national grocers association said it will "continue to closely monitor any developments" at the border, but did not have information about the potential impact on avocados.

News outlets and blogs reported that the United States would "run out of avocados in three weeks" if President Trump shuts down the border.

America imports about 80 percent of its avocados, and most come from Mexico. California’s avocados, and those from Chile and other countries, account for the rest.

Experts agreed the Mexican inventory would run out within weeks. It’s possible, however, that price spikes would dampen demand for avocados and that customers willing to pay a hefty price would still find the celebrated fruit.

PolitiFact Rating:
Mostly True
Americans "would run out of avocados in three weeks" if imports from Mexico were stopped due to a border closure.
Bloggers
on the blogs

wtap.com, America would run out of avocados in three weeks if Trump shuts down the U.S.-Mexico, April 2, 2019

travelandleisure.com, The U.S. Would Run Out of Avocados in Three Weeks If the Mexico Border Completely Closes, April 2, 2019

Yahoo! News, The U.S. Would Run Out Of Avocados In Three Weeks If The Mexico Border Were To Actually Close, April 1, 2019

Fox35Orlando.com, America would run out of avocados in weeks if Trump shuts border with Mexico, grower warns, April 1, 2019

Today.com, Will America run out of avocados if President Trump closes the Mexican border?, April 1, 2019