Jim Ott
stated on December 3, 2018 in a newsletter:
"Municipalities are now required to have two or more polling locations opened 24-hours a day, two weeks before any election."

With more than 2.6 million votes cast, Wisconsin saw a record-breaking number of voters in the 2018 midterm election, which resulted in narrow victories for now-Gov. Tony Evers and Attorney General Josh Kaul, both Democrats.

In December 2018, during the lame-duck session, a set of GOP-backed bills aimed at curtailing some powers of the new administration passed and were signed by outgoing Gov. Scott Walker.

Senate Bills 883, 884 and 886 affected many powers, including the governor’s ability to make changes to health care and public benefits programs.

State Rep. Jim Ott, R-Mequon, is emphatic that at least one thing was not done.

In an email to constituents sent out in December, Ott headlined one bullet point: "Early voting was not eliminated."

The item noted that in past elections, large cities, including Milwaukee, Madison and Green Bay, offered early voting for up to six weeks before Election Day --  far longer than many smaller municipalities.

It then claims SB 884 levels the playing field, since "municipalities are now required to have two or more polling locations opened 24-hours a day, two weeks before any election."

Is Ott right, that the playing field is now leveled?

SB 884 and the election hours

According to the Wisconsin Elections Commission, individual villages, towns and cities are responsible for setting the dates and hours of in-person absentee voting for their municipalities.

They still have this discretion, though the GOP action cut back the duration of early voting.

Under the changes, if early voting is offered, it could not begin sooner than 14 days, or two weeks, before an election.

Voters can cast their ballot no later than the Sunday prior to Election Day, so that provides 13 days of potential early voting, according to the Legislative Fiscal Bureau.

The hours of voting would still be decided by local governments. So, counter to what Ott’s email claimed, that doesn’t necessarily mean polling places will be operating 24 hours a day -- or even that a given municipality will offer early voting at all.

Indeed, there could still be wide discrepancies within that window, so the playing field is not leveled at all.

When asked about the claim, Ginger Mueller from Ott’s office said the wrong word was inadvertently used.

"That should have read ‘…municipalities are allowed to have….’" she wrote in an email. "Thank you for bringing it our attention."

The subject of election hours has long been a hot one in Madison.

The case resulted in six separate legislative actions being deemed unconstitutional by U.S. District Judge James Peterson -- including limiting the time period for in-person early voting except the Monday before Election Day.

At the time, the Milwaukee Journal Sentinel reported Peterson called limits on early voting part of a Republican effort to stifle votes for partisan gain and dismissed GOP claims of wanting uniform rules for both rural and urban communities.

The two plaintiffs in the original suit filed a memorandum against the limits of early voting presented in SB 884, requesting the state enforce the previous injunction set out by Peterson.

The state denied the request, saying it lacked jurisdiction to enforce anything while the case is pending on appeal.

In an email to constituents, Ott said a bill passed by Republicans levels the field for early-voting because "municipalities are now required to have two or more polling locations opened 24-hours a day, two weeks before any election."

But, that’s not what the bill said.

It set a two-week maximum time period for early voting. It did not require every municipality to offer it for that whole window. Likewise, it did not specify they would be open 24 hours a day.

Those determinations will still be made at the local level, so inconsistencies are likely to remain. 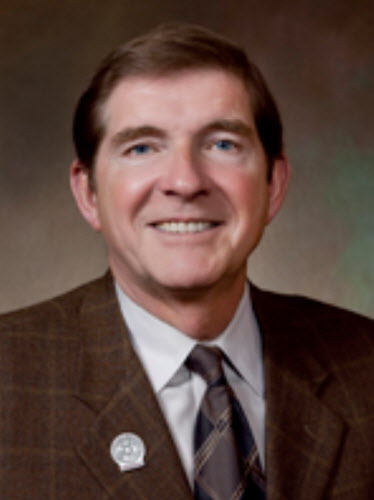 Milwaukee Journal Sentinel, Lame-duck limits on early voting - and the arguments for them - resemble ones already rejected by a judge, Dec. 12, 2018

Milwaukee Journal Sentinel, Appeals court yet to rule on Wisconsin voter ID and other election laws after 16 months, May 31, 2018

Summary of 2017 Senate Bill 883, 884, 886 as presented to the Wisconsin Legislature by the Legislative Fiscal Bureau

Donald Trump
stated on January 14, 2020 a rally:
Says Madison and Milwaukee County both carry sanctuary status for illegal immigrants and released undocumented immigrants who have committed multiple crimes including sexual assault of a child

Gwen Moore
stated on December 11, 2019 a tweet:
"Prescription drug companies are charging Americans prices that are on average 4x higher than what's charged in other countries."

Ron Johnson
stated on November 13, 2019 a tweet:
The United States is the only nation "that grants legal permanent residency to more than a million people per year."

Robin Vos
stated on November 10, 2019 a TV interview:
On red-flag laws says, "What (Democrats) wanted to do was say, ‘I think you might do something, so I’m going to take away your gun and make you prove you wouldn’t do it."

Ron Kind
stated on November 17, 2019 a TV interview:
"I am the only member of Congress that voted for both inquiries -- the Clinton inquiry and now the Trump inquiry."

Mark Pocan
stated on August 19, 2019 a tweet:
"In WI, over 79% of Title X patients rely on Planned Parenthood for their basic health care."

Democratic National Committee
stated on September 20, 2019 a press release:
Says Donald Trump is breaking a campaign pledge to bring manufacturing jobs back to Wisconsin and Pennsylvania since the two states "have lost the most manufacturing jobs in the past year."

Ron Johnson
stated on July 15, 2019 a tweet:
"Republican policies have led to business investment growth that’s 10 times faster than what we saw under President Obama."

Mark Perry
stated on June 28, 2019 a radio interview:
"Wisconsin is currently seeing an influx of new residents, Illinois is seeing an outflux."

Robin Vos
stated on August 15, 2019 a radio interview:
The push by Assembly Democrats seeking Americans with Disabilities Act accommodations for a lawmaker were timed to make Vos look bad as he became president "of the nation’s largest bipartisan organization called the National Conference of State Legislatures."

Elizabeth Warren
stated on July 11, 2019 a public forum:
"The law says that mental health must be treated the same as physical health," but coverage by health insurers is unequal.

Beto O'Rourke
stated on July 11, 2019 a public forum:
"We are incarcerating more children than any time ... since we interned Japanese-Americans during World War II"

Jon Erpenbach
stated on June 6, 2019 a tweet:
"If out-of-state drivers paid gas tax, they would contribute $73 million to fix our roads"

Ron Johnson
stated on May 26, 2019 a TV interview:
"Just the last three weeks, on average about 23,000 women, children, men are coming over across the border illegally as family units or as unaccompanied children."

Jimmy Anderson
stated on May 29, 2019 a tweet:
Republicans on the budget-writing committee "did nothing" to address oversight of large-scale farms, "as literal manure is coming out of people’s faucets.