North Carolina Republican Party
stated on March 12, 2019 in an email:
"Democrats have forced a special election"

Josh Lawson, chief counsel for the NC elections board, hands Republican Mark Harris a document during the fourth day of a public evidentiary hearing on the 9th Congressional District race on Feb. 21.

In November, Republican Mark Harris held a 905-vote advantage over Democrat Dan McCready. The irregularities, the NCGOP argued, didn’t affect enough votes to make a difference in the outcome of the race.

Fast forward to March. The NC elections board has called a special election in the 9th district, and the GOP is raising money to help whoever its candidate ends up being in September.

In doing so, the party is misleading donors about the history of the race. A March 12 fundraising email warns supporters about "horrible news."

"Democrats have forced a special election in North Carolina, and the race is tied!" the email says in bold print. 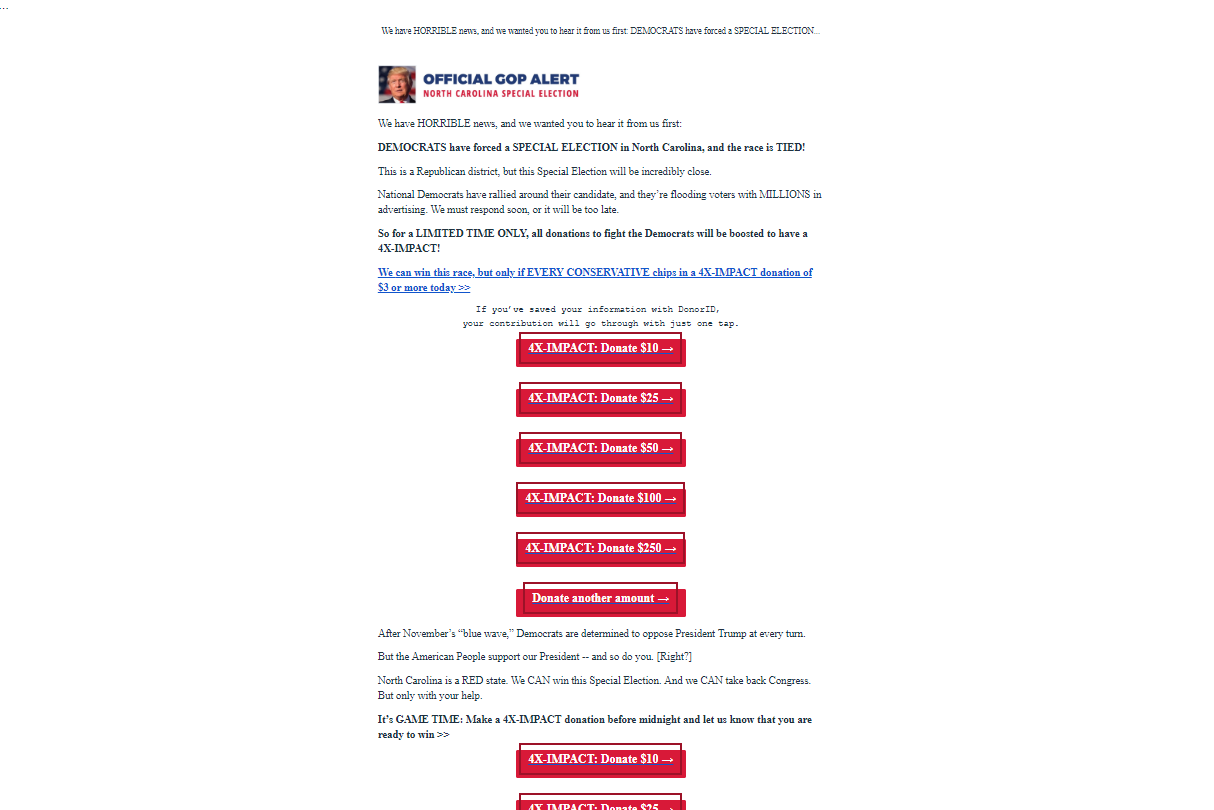 Is the race tied? Only in the sense that no candidates have emerged yet from their party’s primary.

Now, let’s talk about how we got here. The GOP says Democrats "forced" a special election — which gives the impression that support for a new election was purely partisan.

The NC elections board has jurisdiction over races for federal office across the state.

In November, the board was made up of nine members — four Republicans, four Democrats and a left-leaning unaffiliated member — when it voted 7-2 against certifying the 9th district race results.

In January, a court decision reconstituted the board with five members: three Democrats and two Republicans.

In February, after a four-day hearing on the findings of the fraud investigation, the reconstituted board voted unanimously (5-0) to nullify November’s results and launch a new election. The board acted shortly after Harris, in a surprise move, expressed his support for a new election.

"It’s become clear to me that the public’s confidence in the Ninth District’s general election has been undermined to an extent that a new election is warranted," Harris said, and the New York Times reported.

Dallas Woodhouse, executive director of the NC GOP, pointed out that Democrats controlled the elections board.

"Republicans could not force a special election, and could not certify alone," Woodhouse said.

Furthermore, on the day Harris called for a new election, Woodhouse said he supported Harris’ decision.

"Today I ask for everyone’s prayers for @MarkHarrisNC9 Today is a tremendously difficult day for his family, supporters and the entire @NCGOP We support our candidates decision in this matter. We will do everything we can to help the process and system improve in the future," Woodhouse tweeted on Feb. 21.

In a statement released the same day, the NC GOP said "we respect Dr. Harris’ decision" and thanked the elections board. And on Feb. 26, after Harris dropped out of contention for the seat, the GOP put out another statement saying, "This has been a grueling process for all involved, and we unequivocally support his call for a new election." 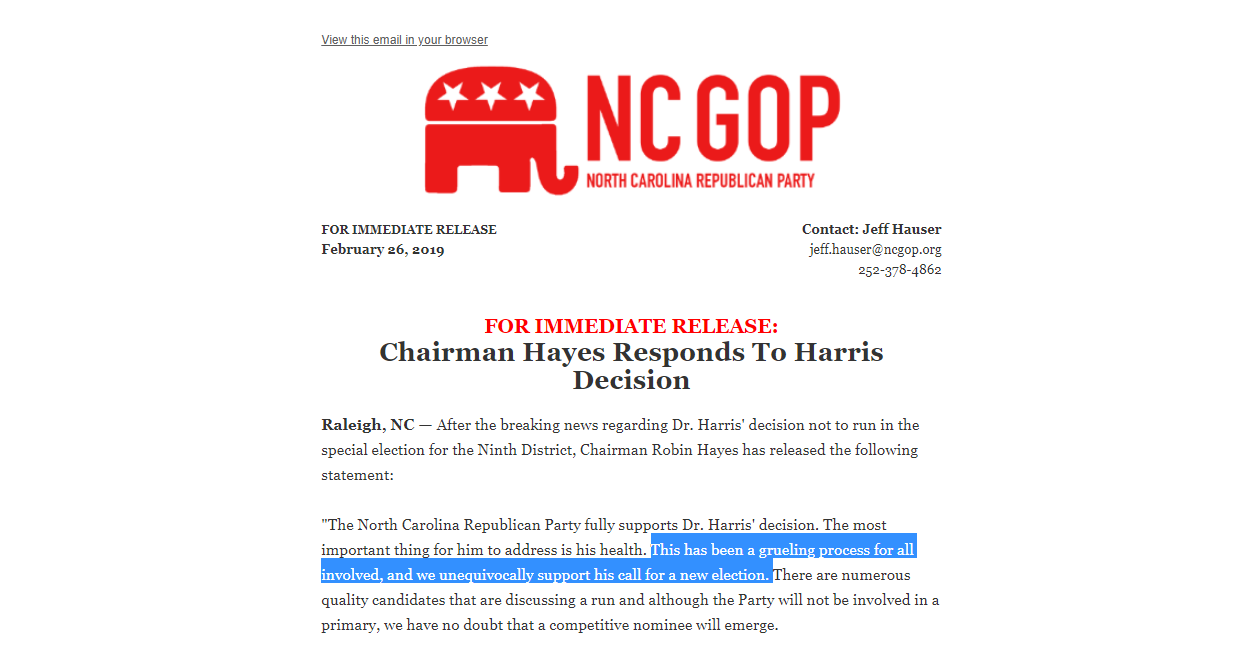 An NC GOP fundraising email said "Democrats have forced a special election" in the 9th Congressional District. Democrats held a majority on the NC elections board, but the vote to order a new election was supported by the board’s two Republican members and the Republican candidate. We rate this claim False.

A March 12 fundraising email for the NC GOP.