Donald Trump
stated on April 7, 2020 in a press briefing:
With voting by mail, “you get thousands and thousands of people sitting in somebody's living room, signing ballots all over the place.”

• Voting specialists say there’s no evidence of “thousands and thousands” of people collaborating on fraudulent voting schemes, and Trump didn’t provide any evidence to back up his assertion.

• In general, credible studies have found that voter fraud is rare, whether through in-person voting or voting by mail.

• Rare doesn’t mean nonexistent, however, and there’s evidence that mail ballots pose a slightly higher risk of voter fraud than voting in person.

The daily White House briefings about coronavirus sometimes veer into adjacent topics, and since Wisconsin voted on April 7, one of those topics has been voting by mail.

At briefings on April 7 and 8, President Donald Trump was asked about an expanded role for mail balloting at a time of a global pandemic. He responded by criticizing mail balloting as illegitimate and subject to widespread fraud (even though he had recently voted by mail for a Florida election).

On April 7, Trump said, "Now, mail ballots — they cheat. Okay? People cheat. Mail ballots are a very dangerous thing for this country, because they're cheaters. They go and collect them.  They're fraudulent in many cases."

When pressed, Trump went on to call mail-in voting "horrible" and "corrupt" and alleged that "you get thousands and thousands of people sitting in somebody’s living room, signing ballots all over the place."

At the following day’s briefing, a reporter asked Trump for evidence to support the "thousands and thousands" characterization.

Trump responded, "I think there's a lot of evidence, but we'll provide you with some, okay?" (The White House did not provide PolitiFact with additional evidence.)

Trump did cite a lawsuit by the conservative group Judicial Watch against the state of California, saying that "a million people should not have been voting" in the state. However, PolitiFact California previously rated a similar assertion by the president Pants on Fire, because the legal settlement in question required Los Angeles County to begin removing inactive voter registrations; it said nothing about voter fraud or people illegally voting.

In his most recent comments, we found no support for the notion that "you get thousands and thousands of people sitting in somebody's living room, signing ballots all over the place."

We did find that mail balloting does pose a potentially higher risk for fraud than in-person voting does. However, experts said the reality is much more nuanced than Trump let on.

"I can’t imagine any living room with thousands of people in it," said Rick Hasen, a University of California-Irvine law professor who specializes in election law. But even to the extent he’s saying that vote-by-mail efforts are rife with fraud, "that is false," Hasen said.

"There are more cases of absentee ballot fraud than other kinds of election crimes," he said. "But the risk is relatively low, and the benefits, especially during the time of a pandemic, are quite great."

A lack of evidence of voter fraud

Voting and election specialists said there’s no evidence that "thousands and thousands" of Americans are collaborating on mail-ballot fraud, whether they’re sitting in one living room or not.

"There is no evidence that any candidate or group has executed a mail ballot fraud scheme of this magnitude in modern elections," said Michael P. McDonald, a University of Florida political scientist. "In this day of social media, it is nearly impossible to keep anything secret, much less a scheme involving thousands of people."

If this was happening, McDonald said, voters would wonder where their ballots were. "They would show up to vote and be told by election officials that they had already voted," he said. "Election officials would see patterns in where mail ballots were being sent, the addresses they were being returned from, and the signatures on the ballot return envelope. If a mail ballot fraud scheme happened on the alleged scale, someone, somewhere, would notice."

• Trump’s Presidential Advisory Commission on Election Integrity, a panel to investigate voter fraud, was shuttered before it found significant patterns of fraud.

• News21, a national investigative reporting project funded by the Carnegie Corporation of New York and the John S. and James L. Knight Foundation, found just 56 cases of noncitizens voting between 2000 and 2011.

• In 2012, Florida Gov. Rick Scott’s administration tried to crack down on noncitizens voting by comparing driver's license data against voter rolls. The Florida Department of State created a list of 182,000 potential noncitizens that had voted. That number was whittled down to 2,700, then to about 200 before the purge was stopped amid criticism that the data was flawed given the number of false positives — including a Brooklyn-born World War II vet. Ultimately, only 85 people were removed from the voter rolls.

• The five states that hold all-mail elections (Colorado, Hawaii, Oregon, Utah, and Washington) have reported little fraud. "There’s just very little evidence that there is more than a handful of fraudulent (vote-by-mail) cases across the country in a given election cycle," Judd Choate, the director of elections in the Colorado Department of State, told the New York Times.

"We have a list of all the registered voters in our precinct," Winger said. "The list indicates which voters have received a ballot in the postal mail. In every election, voters wander in and want to vote there, but we say, ‘It says here you already got a mail ballot.’ And they say, ‘Oh, yes, it's at home’ or, ‘I never received a ballot’ or, ‘Oh, I lost it.’ And we explain that every ballot must be accounted for. They can vote provisionally at the polls, but the vote will only be counted once it is clear their original ballot didn't get submitted for counting."

Steve Schale, a longtime Democratic consultant in Florida, said his state has improved its mail-ballot procedures in recent years.

"I think the controls that are in place today really limit the opportunities for fraud," Schale said. "Back in the day, there was more ability for operatives to actually put their hands on ballots, such as collecting them and turning them in. Operatives on both sides will always push up to the legal line when it comes to all aspects of campaigns, but again, the laws now are so clear that one has to go out of their way to break the law." 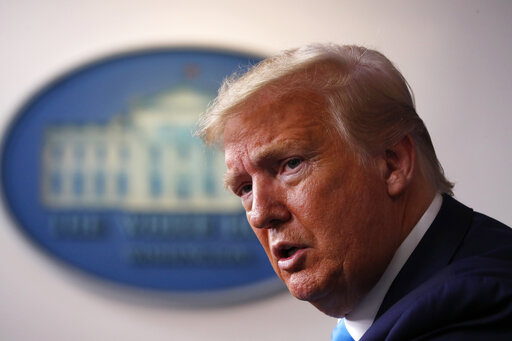 Rare doesn’t mean nonexistent. And experts agree that mail balloting does provide a greater potential for ballot fraud than in-person voting does.

"It's definitely easier to have fraud with absentee voting than in-person voting, and some cases of it have had a big impact," said Rob Richie, president of FairVote, a voting-access advocacy group.

A congressional election was overturned in North Carolina in 2018 after evidence surfaced that the Republican candidate benefited from an effort to collect absentee ballots from voters. In South Florida alone, the Miami Herald cited examples of ballot fraud in Hialeah (1994, 2011, and 2012), Homestead (2014), and Miami and Miami-Dade County (1998, 2008, 2013).

"All this must be kept in perspective, and there are ways states seek to counter it, but it's not outlandish to say fraud is more likely with absentee voting than in-person voting," Richie said.

Lonna Atkeson, University of New Mexico political scientist, told NPR  that "where there is fraud in the system, it really seems to be in mail balloting. There's some, there's not a lot. I think there's a little bit."

Other drawbacks with voting by mail

While voting by mail might be necessary in an extended battle with coronavirus, voting experts acknowledge that it’s not a perfect solution.

• There could be an increase in voter errors made at home, since election officials won’t be standing nearby to help. This means more ballots could be rejected and not counted.

• Voter education will be needed for people who are unaccustomed to absentee voting. Voters will need reminders to sign their ballots, and elections officials will need to increase public outreach to dispel myths about absentee ballots, such as the one that those ballots aren’t counted unless an election is close.

• Some groups have less convenient access to mail than others do, such as residents of Native American reservations. Mail voting also poses challenges for voters who move frequently, or who have language or literacy issues. And some disabled voters, including those who are blind, cannot effectively cast mail ballots without assistance.

• Voting at home could lead to coercion by abusive spouses or other relatives.

Trump said that with voting by mail, "you get thousands and thousands of people sitting in somebody's living room, signing ballots all over the place."

Voting fraud in general is considered to be rare, although voting experts agree that the risks are greater for mail balloting than for in-person voting. Still, Trump didn’t produce any evidence for the "thousands and thousands" claim, and voting experts said his assertion doesn’t square with what is known about the actual cases of voting fraud in the recent past.

Miami Herald, "You can’t keep up with South Florida voter fraud without a scorecard," Oct 28, 2016

NPR, "Fact Check: Is Mail Ballot Fraud As Rampant As President Trump Says It Is?" April 7, 2020