•  We found nothing to suggest Biden plans a 14% increase on the middle class.

• Analyses by independent think tanks found a much smaller hit on middle-income Americans from Biden’s plan, coming entirely from the indirect effects of a corporate tax hike.

• The effects of the corporate tax increase could be offset by larger-scale tax cuts that Biden has proposed and that the independent groups are currently analyzing.

Would Biden really raise taxes by 14% on middle-income families? There’s zero evidence of that. (The 82% statistic is also incorrect.)

All of this is targeted toward the highest earners, those earning $400,000 or more per year. So where does the alleged 14% tax hike on middle-income Americans come from? That’s unclear. 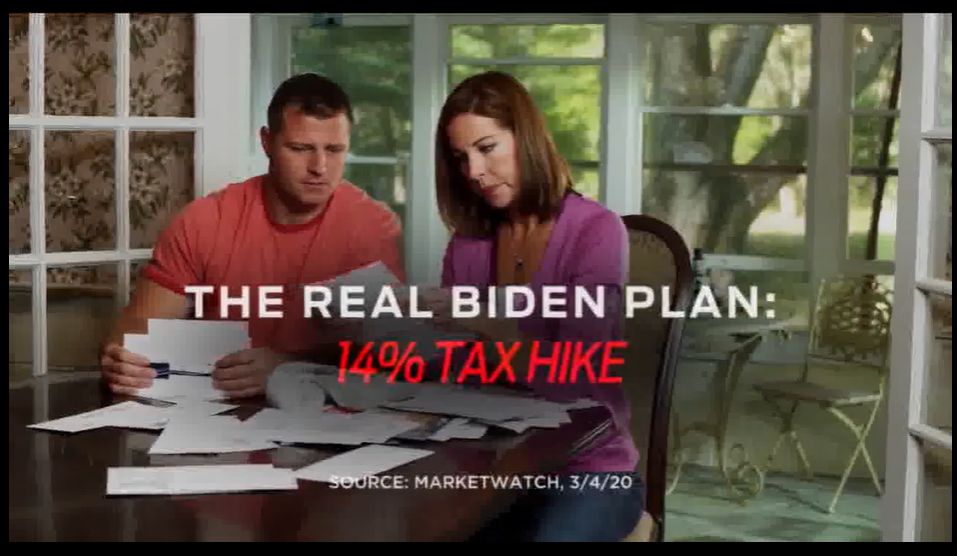 A screenshot from the Trump campaign's recent ad.

The Trump campaign did not respond to inquiries for this article. The ad footnotes the assertion with a reference to an article from the financial website MarketWatch on March 4, 2020, when Biden was still in the thick of his party’s presidential primary.

The MarketWatch article provides no support for the 14% assertion in the Trump ad.

The only mention of 14% in the article refers to the plan offered by one of Biden’s primary opponents, Sen. Elizabeth Warren, D-Mass. The article said that Warren would "assess a 14.8% high-income social security tax on the top bracket." But not only was that provision not part of Biden’s plan, but it was also specifically targeted at the top tax bracket, not middle-income Americans.

Taking a step back from the MarketWatch article, we also see no evidence that Biden’s plan would produce such a big tax hike on middle-income taxpayers.

They projected that some of the burden of Biden’s tax increases would fall to people making less than $400,000 in the form of lower wages or investment returns. This would be a result of Biden’s proposal to hike the corporate tax rate. Unlike direct changes to individual tax rates and income thresholds, the impact of the corporate tax rate on ordinary Americans’ tax returns is indirect and difficult to measure.

The Committee for a Responsible Federal Budget, a group that’s hawkish on the federal budget deficit, said that "overall, Biden’s tax plan would make the tax code more progressive, with the vast majority of increased tax burdens and the entirety of direct tax increases falling on high-income households."

The group summarized four other groups’ assessments of how Biden’s tax plan would affect members of the lowest, second-lowest, middle, second-highest, and highest income quintiles. The four analyses were conducted by the American Enterprise Institute, the Tax Foundation, the Urban Institute-Brookings Institution Tax Policy Center, and the University of Pennsylvania’s Wharton School. 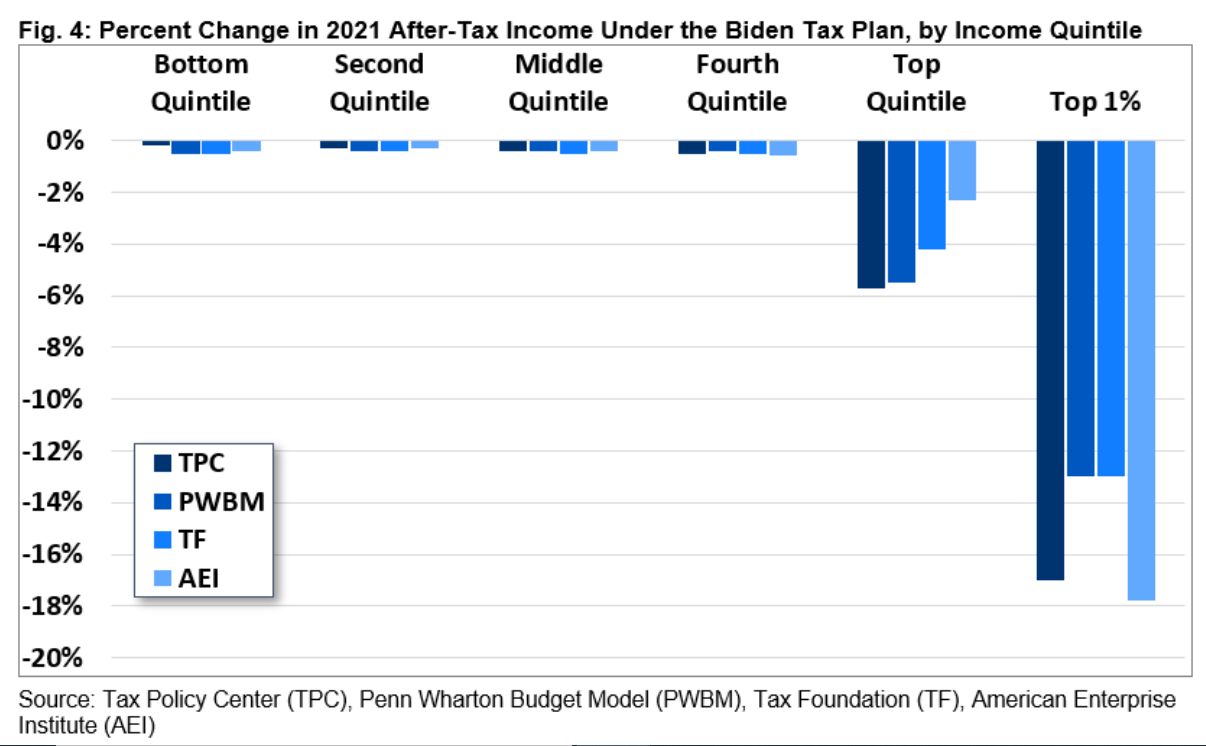 Meanwhile, Biden has also proposed a number of tax cuts that were not included in the analyses above. Here are some of the bigger cuts being proposed by the campaign:

• A temporarily expanded child tax credit, worth $3,000 per child for children ages 6 to 17 and $3,600 for children under 6. Biden would make the credit fully refundable.

• A $15,000 permanent tax credit for first-time homebuyers that could be advanced to the claimant rather than waiting until the following tax year.

It’s entirely possible that these proposed cuts would wipe out the increases from the corporate tax hike, making the assertion in Trump’s ad even more wrong.

The initial analysis "does not provide support for Trump's claim that Biden's plan will raise taxes by 14% for middle-class families," said Eric Toder, a fellow at the Urban Institute-Brookings Institution Tax Policy Center. "Not even close."

The Trump ad said that "Biden's plan is a 14% tax hike on middle class families."

There is no evidence for this assertion. The article cited in the ad says nothing about this, and analyses by independent think tanks found a much smaller indirect hit from the corporate tax hike, one that could well be reversed by larger-scale tax cuts that Biden has proposed and that are currently being analyzed.

MarketWatch, "As the dust settles on Super Tuesday, here’s what Bernie Sanders, Joe Biden and the other Democratic presidential candidates want to do to your taxes," March 4, 2020