Pete Buttigieg
stated on April 4, 2021 in an interview on NBC's "Meet the Press":
President Joe Biden’s infrastructure proposal “is fully paid for. Across 15 years, it would raise all of the revenue needed for these once-in-a-lifetime investments."

President Joe Biden speaks during an event to promote his American Jobs Plan at the White House on April 7, 2021. (AP)

• Two independent analyses back up the notion that the new spending will be evened out by the new revenue raised under the plan after 15 years.

• However, it’s worth noting that long-term projections like this are always tricky, and that a 15-year time frame is unusual. Under the typical 10-year time frame for evaluating budget impacts, the bill would not be fully paid for.

After signing a coronavirus and economic relief plan into law, President Joe Biden turned to an infrastructure proposal as his next legislative priority.

Cabinet members, including Transportation Secretary Pete Buttigieg, have fanned out to promote the president’s $2 trillion-plus package, while critics of the plan are complaining about the cost.

In an interview on NBC’s "Meet the Press" April 4, Buttigieg emphasized that the expenditures would be covered by revenue increases.

"The vision the president has put forward (in the infrastructure bill) is fully paid for," he said. "Across 15 years, it would raise all of the revenue needed for these once-in-a-lifetime investments."

The president himself re-emphasized the importance of this point in a speech touting the plan on April 7. "We’ve got to pay for this," he said.

Buttigieg is largely correct, though there are some important caveats to note. 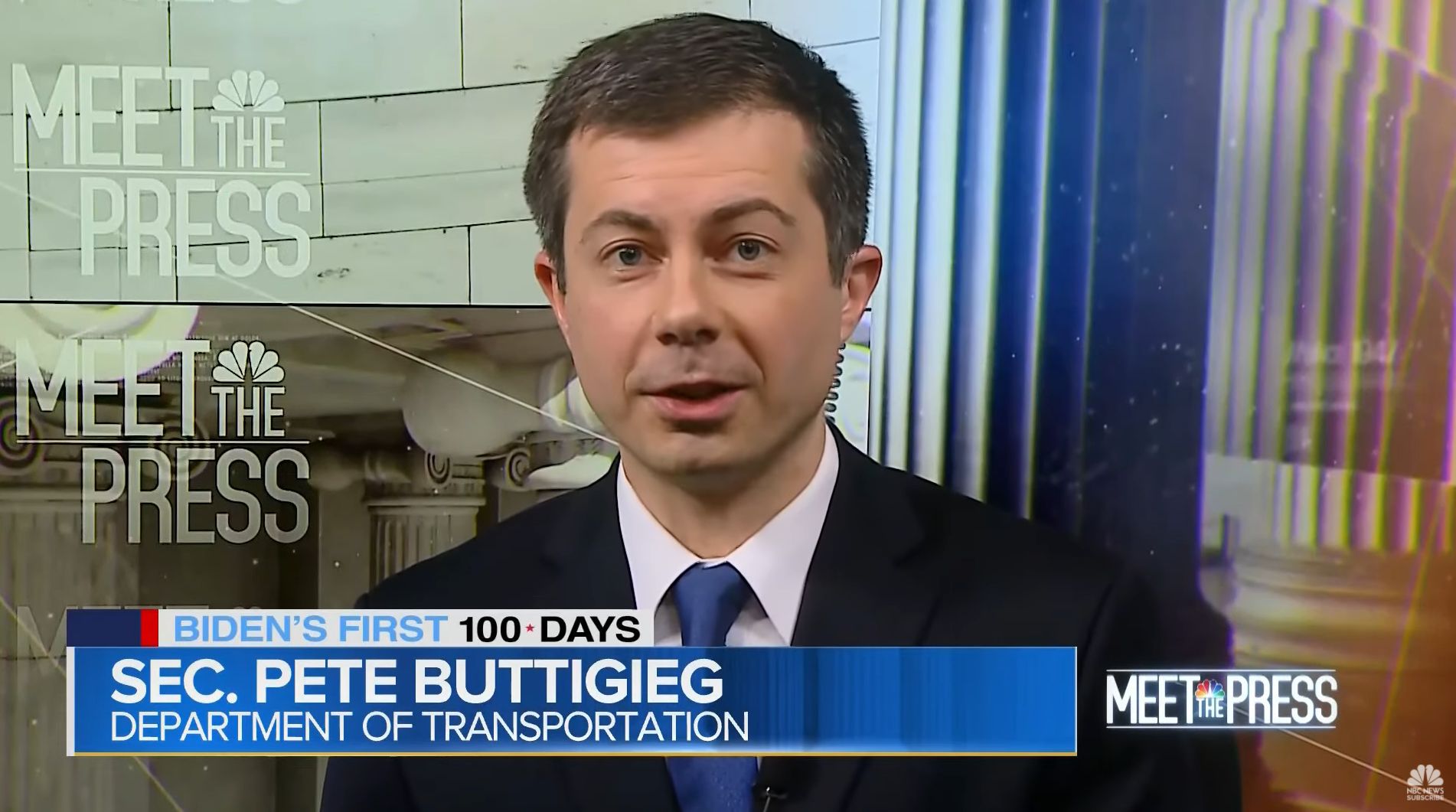 Biden’s proposal, called the American Jobs Plan, would provide funding for highways, bridges, ports, airports and transit systems, as well as infrastructure for water, the electric grid, and expanded high-speed Internet access. It would also support retrofitting and upgrading homes, commercial and federal buildings, schools, child care facilities and veterans’ hospitals, and it would invest in research and development.

In all, the proposal comes with a price tag of more than $2 trillion over a decade. To pay for it, Biden would lean heavily on new or higher taxes on corporations, including raising the corporate tax rate from 21% to 28%, preventing U.S. corporations from claiming an offshore tax haven as their place of business, eliminating tax preferences for fossil fuels, tightening tax enforcement by adding employees to the Internal Revenue Service, and changing other taxes that hit corporations.

Republicans have attacked both the spending and revenue sides of Biden’s proposal, arguing that some of the items in it are not really "infrastructure," and that raising corporate tax rates could lead businesses to leave the United States.

Biden said in his April 7 remarks that he’s open to compromise on what a bill ultimately includes.

Do the plan’s new revenues cover its spending?

For this article, we’ll focus on whether the spending portions of the plan are equaled by the revenue-raising portions, as Buttigieg said.

The White House pointed us to the fact sheet it has released on the plan, which makes that claim, but doesn’t get into details.

However, at least two independent groups have analyzed the plan and found that Buttigieg’s formulation checks out.

One was published by the Committee for a Responsible Federal Budget. It found that the plan has approximately $2.65 trillion in new costs over eight years. Over the first 10 years, the group found, the plan would increase the deficit by about $900 billion. However, over a longer, 15-year period —the one Buttigieg cited — the plan’s revenues would match its expenses and would actually reduce deficits beyond that.

The other analysis, published by the University of Pennsylvania’s Penn Wharton Budget Model, came to a similar conclusion.

The Penn group said the Biden plan would spend $2.7 trillion over 10 years and raise $2.1 trillion in that period, expanding the deficit by about $600 billion. However, the group found that over 15 years, it would generate more than $3.6 billion, which would be more than enough to cover its costs.

What are the caveats?

Projections are always just that — projections.

Rght now, there is not even a formal bill, so the spending and revenue provisions could shift in either direction before they’re signed into law.

For instance, Sen. Joe Manchin, D-W.Va. — whose support would be required for any Democratic bill — has already said he won’t support a corporate tax hike to anything higher than 25%. And under a 25% corporate tax, a lot of revenue would disappear. Similarly, some of the bill’s spending items could also disappear during lawmaker negotiations.

Another asterisk is that these analyses are based on eight years’ worth of spending and 15 years of revenue increases, which is an unusual method.

Typically, congressional legislation is judged based on what happens during a 10-year window. Buttigieg wouldn’t have been able to say the plan paid for itself over the standard, 10-year budget window, so his focus on the 15-year time frame is a bit of cherry-picking.

And the revenue impacts 15 years down the road are going to be harder to predict than the impacts in 10 years.

That said, "there’s nothing economically significant about the 10-year window," said Marcos Dinerstein, an economist with the Penn Wharton Budget Model. "It’s just a convention. Just looking at a 10-year window can miss the benefits of policies like infrastructure and research and development that often take a while to start generating returns."

Buttigieg said Biden’s infrastructure proposal "is fully paid for. Across 15 years, it would raise all of the revenue needed for these once-in-a-lifetime investments."

Two independent analyses back up the notion that the new spending will be evened out by the new revenue raised in the plan after 15 years. But long-term projections like this are always tricky, and a 15-year time frame is unusual for evaluating the budget impact of legislation; under the typical 10-year time frame, the plan would not be fully paid for.

Email interview with John Buhl, director of media relations for the Committee for a Responsible Federal Budget, April 6, 2021