Since the Food and Drug Administration approved the Pfizer BioNTech vaccine for emergency use for minors ages 12 and above, more people have begun to get their first dose. In California, more than half of the population has received their first dose of the vaccine against COVID-19. In San Francisco, it’s 82%.

But with the news of more people eligible to get vaccinated comes more misinformation about the shots.

Two weeks after the FDA approved the Pfizer vaccine for emergency use for the new age group, a Facebook post claimed minors in San Francisco could get vaccinated against COVID-19 without their parents consent. That post went viral, garnering over 10,000 shares, comments and reactions combined on Facebook.

A post from The Hodgetwins, a conservative commentary duo, was flagged on May 27 as part of Facebook’s efforts to combat false news and misinformation. (Read more about our partnership with Facebook.) 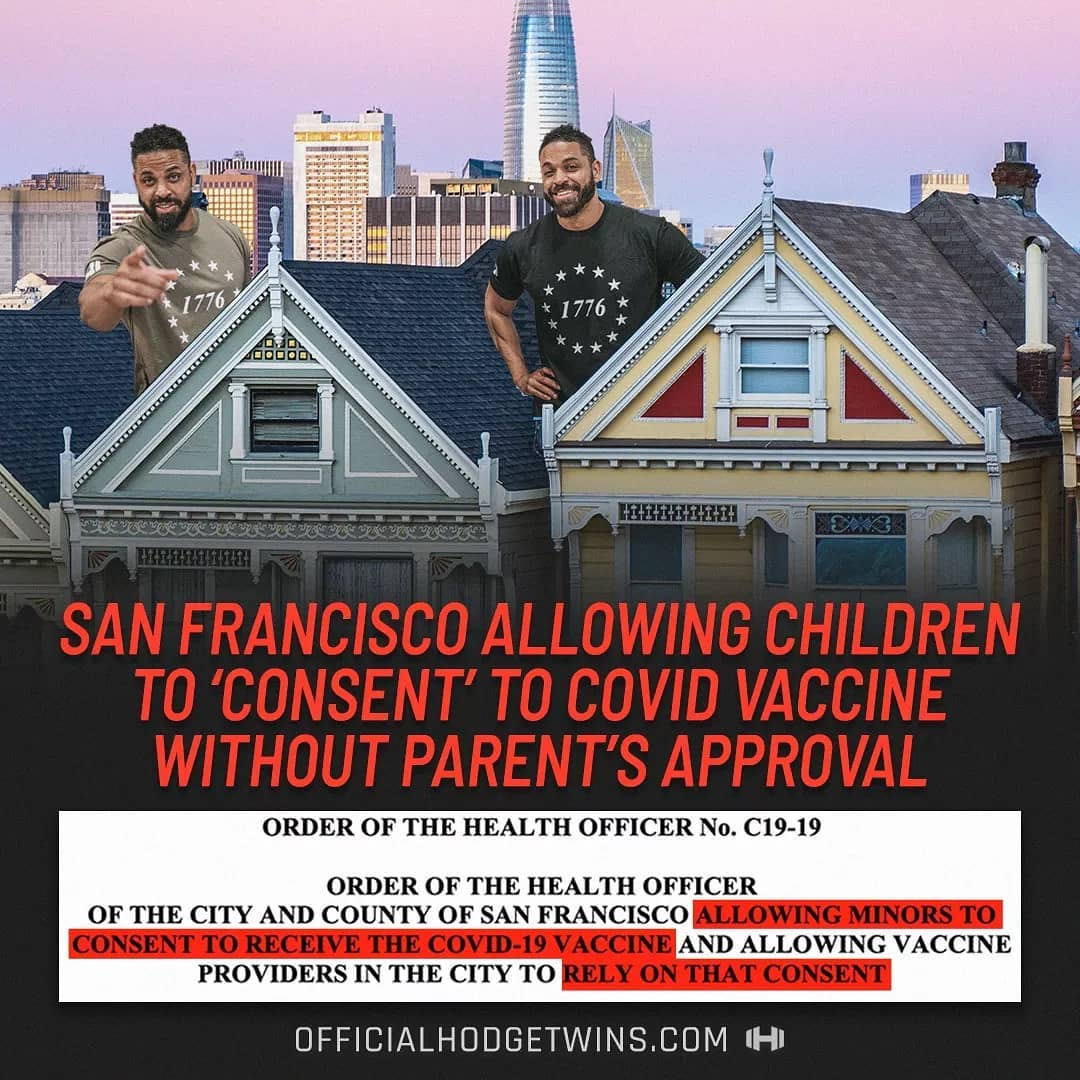 At the bottom of the post is a snippet from a San Francisco County health order that attempts to justify the claim that minors are receiving vaccines without parental consent. However, the Facebook post and others on Twitter fail to point out the health order was intended for emancipated California minors or those who can prove they are self-sufficiently independent.

As a way to make COVID-19 vaccines more accessible, San Francisco’s Department of Public Health said the health order was issued in anticipation of the FDA’s decision to administer Pfizer vaccines to the newly eligible group.

A few weeks later, SFDPH issued further guidance for city and county healthcare providers administering vaccines to minors at mass vaccination spots. The guidance said because emancipated and self-sufficient minors "are not the norm and thus relatively uncommon," they can consent to medical care without a parent or legal guardian's approval.

The guidance also says, San Francisco-affiliated vaccination providers should "reasonably attempt to ascertain a minor’s claim of self-sufficient or emancipated status" such as signed documentation. A minor is considered "self-sufficient" if they are at least 15 years old, manage their finances, and live separately from their parents.

If a minor is not emancipated or considered self-sufficient "healthcare providers must reasonably attempt to notify a parent or guardian to consent to medical care for that minor and allow that person the opportunity to object to administration of that [vaccine]," according to the guidance.

Even with the health order, it’s not as easy for minors to consent to the vaccine on their own behalf. In an email, SFDPH said "generally, parent or legal guardian consent is required for COVID-19 vaccinations of minors." California’s Department of Public Health said the same and lists acceptable forms of consent for "persons younger than 18-years" such as being accompanied by a parent or legal guardian, a signed consent form prior to the appointment, or some kind of verbal consent via telephone.

Medical experts agree that vaccinating minors was always part of the vaccine rollout plan, but knowing a person’s medical history is also just as important. Specifically for emancipated minors consenting on their own behalf.

"There’s some gray zones here where it’s not easy to make these decisions," said Lee Riley, a Professor of infectious disease at UC Berkeley.

One of those gray zones is myocarditis. In April, the Centers for Disease Control and Prevention reported an increased number of myocarditis, an inflammation of the heart muscle, in adolescents after their second dose of the Pfizer vaccine. However, the Advisory Committee on Immunization Practices concluded that the benefits of the COVID-19 vaccine to individual persons outweigh the risks of myocarditis.

Because of this, Riley agrees that healthcare providers administering the vaccine to minors should do everything they can to understand the minor’s medical history.

In regards to vaccine side effects, "the story is not completely done with children and safety and we have to watch this and do no harm," said Monica Gandhi, an American physician and Professor of Medicine at University of California in San Francisco.

Gandhi says because of a lack of CDC data on vaccine side effects in children, healthcare providers administering vaccines should be extra careful.

Social media posts claimed that minors can get vaccinated without their parent’s consent in San Francisco. The county’s department of public health issued a health order in anticipation of the FDA’s approval of the Pfizer vaccine for emergency use for emancipated or "self-sufficient" minors who are 12 years old and above.

Weeks after the health order, SFDPH said the exemption for minors to consent without their parent’s approval "are not the norm and thus relatively uncommon."

Medical experts agree with the city and county of San Francisco that healthcare providers must do everything possible to get consent from a parent or legal guardian prior to administering a vaccine to a minor.

Centers for Disease Control and Prevention, Myocarditis and Pericarditis after Receipt of mRNA COVID-19 Vaccines Among Adolescents and Young Adults, May 28, 2021

The Atlantic, Doctors Are Puzzled by Heart Inflammation in the Young and Vaccinated, July 1, 2021

Centers for Disease Control and Prevention, Use of mRNA COVID-19 Vaccine After Reports of Myocarditis Among Vaccine Recipients, July 6, 2021