Tweets
stated on March 21, 2021 in a tweet:
"Joe Biden forced the U.S. Attorney for the Eastern District of North Carolina to resign after 24 people were charged with election fraud and the Mainstream Media never even batted an eyelash."

Robert Higdon Jr. is sworn-in as U.S. Attorney for the Eastern District of North Carolina (courtesy of WRAL)

A viral tweet suggests President Joe Biden may have pushed out a federal prosecutor for investigating the integrity of the election.

"Joe Biden forced the U.S. Attorney for the Eastern District of North Carolina to resign after 24 people were charged with election fraud and the Mainstream Media never even batted an eyelash," the tweet says.

The tweet cobbles some factual information together but links them under a false premise.

Let’s start with the facts.

On Feb. 9, Biden asked for the resignation of nearly all Trump-era U.S. attorneys — including Robert Higdon Jr., the attorney for the Eastern District of North Carolina. On Feb. 11, Higdon announced he would resign at the end of the month.

On March 19, the Office for the Eastern District issued a press release announcing it had filed criminal charges against 24 people as the result of an investigation into voter fraud. While the announcement came after Higdon left, the probe spanned 18 months and the charges were filed under Higdon’s watch.

"The charges include making false claims of U.S. citizenship in order to register to vote, naturalization fraud, and fraud and misuse of visas, permits, and other documents as it relates to the registration to vote, and false statements in immigration proceedings. Two defendants are charged with illegally voting in the 2016 general election," the press release said.

It’s inaccurate to claim that the media ignored these events. News media reported on Biden’s request, Higdon’s resignation announcement, and the voter fraud charges brought by Higdon’s office. In fact, PolitiFact partner WRAL and other media outlets have followed the voter fraud investigation for 18 months, producing an in-depth report just three days after the viral tweet.

Because of how the tweet is written, someone could get the impression Biden asked Higdon to resign as retaliation for the charges. However, there’s no evidence the two events are related. 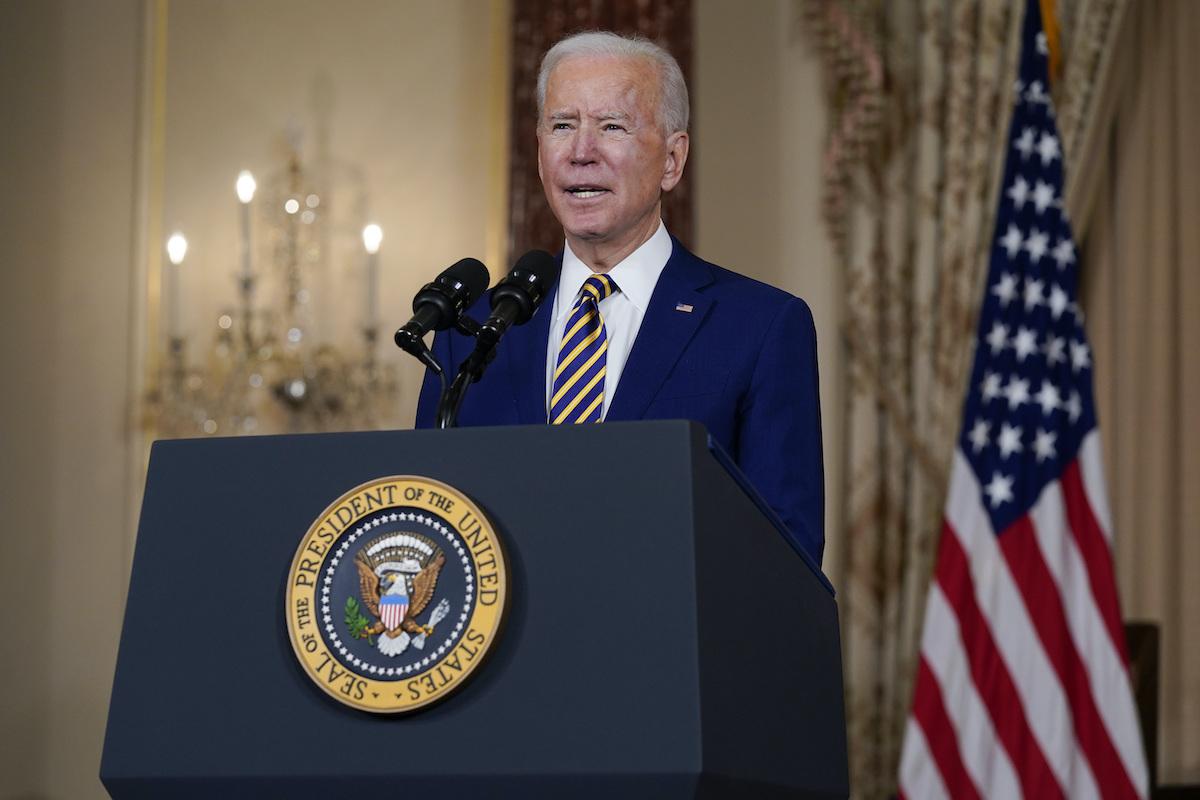 The resignation request: It’s not uncommon for new presidents to ask federal prosecutors to step down if they were appointed by another administration. U.S. attorneys are political appointees, as NBC News reported.

Donald Trump, when he assumed office in 2017, likewise ordered the resignation of 46 attorneys who served during the Obama administration.

Higdon’s resignation letter didn’t mention any of his office’s projects or even hint at any animosity toward Biden. "The tweet is not accurate," said Don Connelly, spokesman for the U.S. Attorney’s Office for the Eastern District of North Carolina.

"All of the presidentially appointed U.S. Attorneys were asked to resign and it had nothing to do with any case," Connelly told PolitiFact NC in an email.

The fraud investigation: The tweet could give the impression that Higdon acted alone in finding voter fraud. That’s not exactly how it works.

While Higdon’s office at times had a contentious relationship with the North Carolina State Board of Elections, Connelly said the voter fraud probe "was the result of the Board of Elections contacting our office to initiate the investigation."

The charges stemmed from an audit produced by the North Carolina elections board in 2017, board spokesman Patrick Gannon told PolitiFact. "When the U.S. Attorney’s office heard about the audit, they subpoenaed records from the State and County Boards of Elections and launched an investigation," he said.

Generally speaking, Gannon said the board receives tips about voting irregularities and fraud from multiple sources, "including county boards of elections, election watchdog and advocacy organizations, internal audits of elections data, private citizens, political parties and candidates." If the board believes a crime was committed, it refers the evidence to a prosecutorial agency.

In other words, Higdon was not solely responsible for the 24 filed charges and he’s not the only person looking for voter fraud.

The fraud charges: The tweet could also give the impression that the fraud was related to Biden’s election win. That’s not true either.

None of the 24 charges announced are for casting a fraudulent ballot in the 2020 election. In fact, included in those charges are 11 that were filed before last year’s election.

Two of the defendants were charged with unlawful voting in the 2016 general election. Meanwhile, more than 15 were related to unlawful voter registration in earlier elections. Arrests were made in the last two years.

Federal prosecutors under Trump, including Higdon, did search for what some suspected was "systemic" or "pervasive" election fraud. Ultimately, the multi-year North Carolina investigation yielded charges for about 70 people.

In the press release about the latest charges, attorneys for the Eastern District of North Carolina specifically noted that the defendants were charged individually and that "there are no charges of conspiracy."

The tweet said "Joe Biden forced the U.S. Attorney for the Eastern District of North Carolina to resign after 24 people were charged with election fraud and the Mainstream Media never even batted an eyelash."

Biden did ask for the resignation of the U.S. Attorney for the Eastern District of North Carolina, as is common practice during a presidential transition. And the attorney recently announced charges against 24 people as part of an investigation into voter fraud.
But this tweet leaves out context about those events and wrongly suggests the events are somehow related. It’s also inaccurate to say that the media didn’t report on these matters. There was extensive reporting surrounding the investigation that led to election fraud charges, as well as the post-election changes in the attorney general’s office.

The tweet contains elements of truth but ignores critical facts that would give a different impression. We rate this claim Mostly False.

Email exchange with Don Connelly, spokesman for the U.S. Attorney’s Office for the Eastern District of North Carolina.

Email exchange with Patrick Gannon, spokesman for the North Carolina State Board of Elections.

Stories by NBC News, "Biden's Justice Department to ask nearly all Trump-era U.S. attorneys to resign," posted Feb. 9, 2021; and "U.S. Attorney Preet Bharara Says He Did Not Resign and Was Fired by DOJ," posted March 11, 2017.