• U.S. Sen. Cory Booker campaigned on a federal gun license policy during the 2020 presidential race and later proposed legislation that would put that plan in action.

• Booker has said restrictive voter ID laws target people of color and can be used to deny people the right to vote.

• Booker says the comparison of the two issues is inappropriate.

Critics and proponents of stricter gun legislation have sought to bolster their arguments with comparisons to restrictions on voting rights.

In one recent example, Sen. Cory Booker, a New Jersey Democrat who ran for president in 2020, was painted as a hypocrite for advocating an ID requirement for buying a gun, but opposing such a requirement for voting.

"We must have a federal license and I.D. for gun owners!" reads the text of a viral image on Facebook, over an image of Booker giving a speech. The text over a second image of Booker reads: "Voter I.D. laws are racist and discriminatory!"

There is no evidence that Booker said the exact quotes from the post. But PolitiFact examined the underlying claim about Booker’s policies on IDs for gun owners and voters, looking at news stories and social media posts about policies he has proposed or endorsed. We found that he has both endorsed licensing for gun buyers and opposed restrictive voter ID laws as discriminatory.

A spokesperson for Booker’s office said the post makes an inappropriate comparison. "This meme wrongly conflates ballots with bullets," the spokesperson said. "The fact is that we urgently need common-sense measures to stem the scourge of gun violence, and we also need to protect every eligible American’s sacrosanct right to vote against unwarranted efforts to impose new barriers based on widely discredited claims about voter fraud." 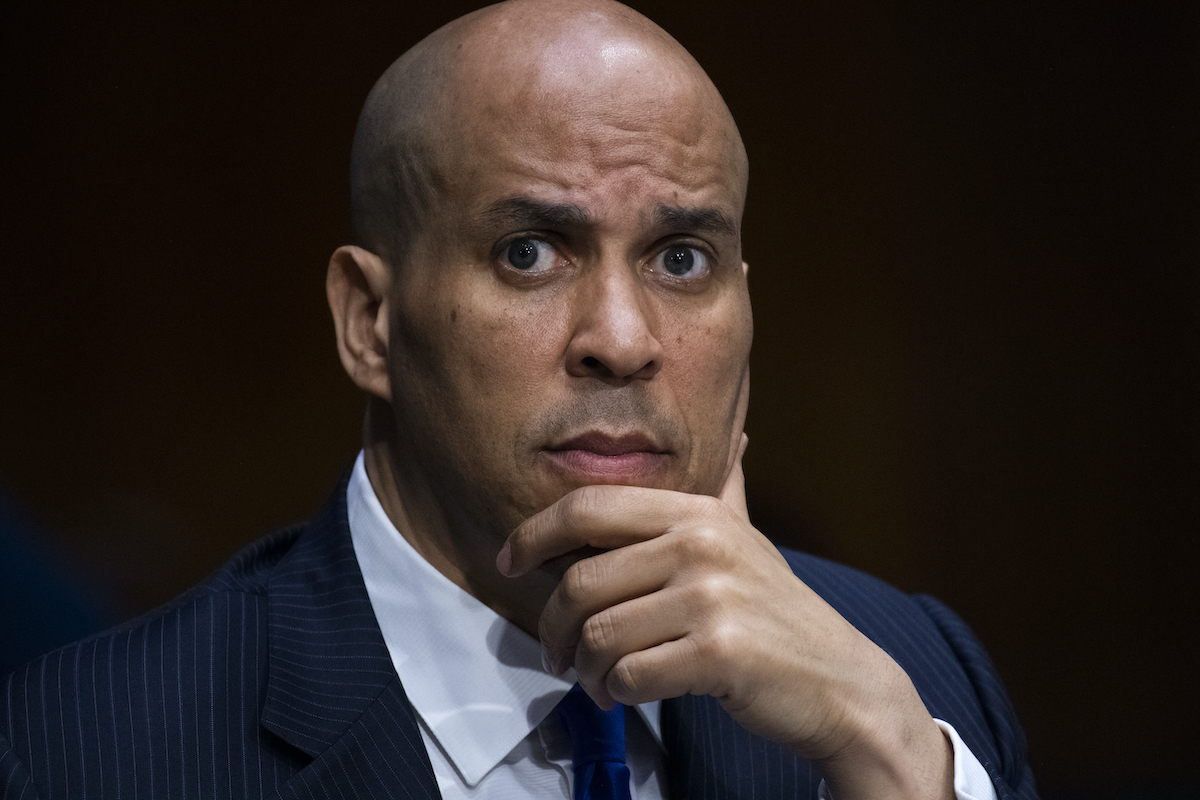 Booker made national headlines when his short-lived presidential campaign released a plan for a federal gun licensing program as part of a proposal to reduce gun violence.

The proposal also included banning assault weapons and high-capacity magazines, limiting purchases of firearms to one per month and requiring universal background checks.

Under Booker’s plan, the FBI would administer the licenses, and people would apply for one at designated locations like the ones used for passports, according to a Vox explainer. Applicants would be required to pay a fee, sit through an interview, pass a background check, attend gun safety training and submit paperwork that included a photo and fingerprints.

After announcing the license plan in May 2019, Booker introduced legislation a few months later — titled the Federal Firearm Licensing Act — to make the proposal a reality.

Facebook posts
stated on May 24, 2022 in a post
The Uvalde, Texas, mass shooter was an “illegal alien.”

The bill was referred to the Senate Judiciary Committee but did not advance further.

During the 2020 campaign, Booker tweeted:

"Voting rights are still under assault. We’ve watched as:

We need policy to preserve our right to vote. And it’s a shame we’re still fighting the same struggle of past generations."

Voting rights are still under assault. We’ve watched as:

We need policy to preserve our right to vote. And it’s a shame we’re still fighting the same struggle of past generations. https://t.co/mACJOJYsDA

Booker spoke out against a 2018 voter ID law enacted in North Dakota, which allowed election officials to require proof of a residential street address, which many Native American reservations do not use.

In a 2015 interview with ABC, after a Texas court struck down a voter ID law, he said, "These voter ID laws which are being passed in many states have a disproportionate impact on poor folks, minorities."

A viral image on Facebook says Sen. Cory Booker has called for a federal license and ID for gun owners, but opposed voter ID laws.

There’s no evidence Booker used the exact words in the claim, but in broad strokes, the claim accurately represents his positions. Booker has introduced legislation that would create a federal license requirement to own a gun. He has also criticized restrictive voter ID laws, saying they "targeted people of color" and are responsible for denying people their right to vote.

Buzzfeed News, "Cory Booker’s New Plan For Voting Rights Is A Glimpse At The Activist Spirit Of His Candidacy," April 17, 2019