A woman holds her daughter after testifying in front of the Seattle City Council, April 9, 2012 (AP).

Instagram users shared an alarming headline that said infants died as a result of breastmilk they received from their vaccinated mothers.

"Second breastfeeding baby dies of blood clots and inflamed arteries after mother’s Pfizer shot as per VAERS," reads the screenshot shown in a Sept. 22 post.

VAERS is short for Vaccine Adverse Event Reporting System, a federal database where anyone can submit a report on a potential vaccine after-effect. The reports are widely accessible but are not verified, leading people who don’t like vaccines to promote unproven connections between vaccines and health events.

"If it kills your baby by being breastfed, what do you think it will do to you in the long run?" an Instagram user wrote of the COVID-19 vaccine in the caption.

There is no evidence that babies are at risk of developing blood clots and other ailments after drinking breastmilk from their vaccinated mothers. But there is evidence that people who receive the vaccine can pass on antibodies against COVID-19 through breastfeeding.

The article from the Instagram post was first published on Great Game India, a media site that describes itself as a journal on geopolitics and international relations. Rather than cite VAERS directly, the information in the report comes from the VAERS Wayback Machine on the MedAlerts.org database, which is run by the National Vaccine Information Center.

The center is not associated with the U.S. government. Founded as Dissatisfied Parents Together in 1982, it has been criticized for promoting vaccine misinformation.

Steven Rubin, the center’s director of vaccine research analytics, said the VAERS Wayback Machine is based on a collection of U.S. government VAERS releases. It’s meant to "track changes that the government might make to VAERS cases, since they never close a case and can make changes at any time," Rubin said.

We located the same report on the official VAERS system by logging on to the database and entering the report’s VAERS ID number. The VAERS record doesn’t show personal information for the baby or mother.

The report appears to have been filed by the baby’s mother, and it shows that the baby experienced a number of health issues leading to hospitalization.

It says that a 6-week-old boy in New Mexico became "inexplicably ill with a high fever" after his mother got the Pfizer vaccine on June 4, and was treated with intravenous antibiotics in the hospital for two weeks. The report says that the baby was diagnosed with rhinovirus, a virus that causes the common cold, and was sent home. His mother brought him back a week later and he was diagnosed with an atypical case of Kawasaki disease, which causes fever, skin rashes and inflammation in the arteries of infants and children up to 5 years old. The baby died July 17.

Some of the conditions described can be deadly. The baby was diagnosed with atypical Kawasaki disease and lists symptoms that match the description of the disease. The report also states that the baby was born early at 37 weeks due to maternal apendicitis.

The author of the report, however, questioned if a spike protein from the Pfizer vaccine "could have gone through the breast milk and caused an inflammatory response in my child."

We’ve previously fact-checked unfounded concerns about the impact of spike proteins on fertility and pregnancy.

Images of the COVID-19 virus have shown the spike proteins which rest on the outer part of the virus. 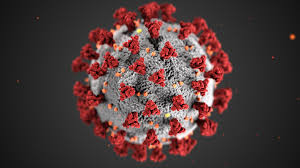 "Spike protein" refers to the crown-like spikes found on the surface of the COVID-19 virus. The protein binds cells together to cause an infection. The mRNA-based COVID-19 vaccines cause the body’s immune system to recognize COVID-19’s spike protein and make antibodies against it.

Dr. Paul Offit, attending physician and director of the Vaccine Education Center at Children’s Hospital of Philadelphia, said there’s no chance for a spike protein generated from the vaccine to pass through breast milk and enter a baby’s intestines and blood.

"Even if they entered breast milk, the proteins don’t do well in the face of acids and proteases, which are the kind of enzymes that break down proteins in the mouth and stomach. Otherwise, we would just give all our vaccines by mouth," Offit said.

Offit also noted that there’s no evidence that the SARS-CoV2 protein is harmful. PolitiFact cited the CDC in a previous fact-check as saying: ​​"Our immune systems recognize that the protein doesn’t belong there and begin building an immune response and making antibodies, like what happens in natural infection against COVID-19. At the end of the process, our bodies have learned how to protect against future infection."

While it’s highly unlikely that the COVID-19 vaccine can negatively impact breastfed babies or their parents, CDC recommendations say "recent reports show that breastfeeding people who have received mRNA COVID-19 vaccines have antibodies in their breastmilk, which could help protect their babies."

The American College of Obstetricians and Gynecologists also recommends that breastfeeding parents get any of the COVID-19 vaccines available in the U.S.: Pfizer, Moderna, or Johnson and Johnson.

The Academy of Breastfeeding Medicine said in December 2020 that it is unlikely that the mRNA vaccine would enter the bloodstream, reach breast tissue and cause risk to infants. The academy notes, however, that it is possible for antibodies and T-cells stimulated by the vaccine to transfer into milk.

The American Academy of Pediatrics published an August 2021 study which found that mothers who are vaccinated against COVID-19 while breastfeeding pass on antibodies to their children. The study stated that all vaccinated study participants had antibodies, and 89% of the antibodies were against SARS-CoV-2. The study found that antibody concentrations were "more pronounced when lactation periods exceeded 23 months."

An Instagram post claims that a "second breastfed baby" died after his mother received the Pfizer COVID-19 vaccine. The image in the post is of an article by Great Game India, which cited a case report from an alternative source.

The report described several health issues for the baby, including rhinovirus, an atypical case of Kawasaki disease, and a premature birth. The report questioned whether the spike protein created by the vaccine caused problems for the baby, but multiple experts and articles said the proteins are too large to transfer in breast milk.

We do not know why the baby died, but there is no evidence that it was a result of breastmilk from his vaccinated mother.

PolitiFact, No sign spike proteins from COVID-19 vaccines, including Novavax, are dangerous, June 17, 2021

PolitiFact, No sign that the COVID-19 vaccines’ spike protein is toxic or ‘cytotoxic’, June 16, 2021