Bloggers
stated on February 21, 2022 in in a blog post:
Joe Biden was holding a medical device in a photo he tweeted during the 2022 Winter Olympics.

During the 2022 Winter Olympics in Beijing, President Joe Biden tweeted a photo of himself and first lady Jill Biden, in which they both donned Team USA gear to cheer on American athletes.

Let’s go, @TeamUSA! Jill and I are so proud of everything America's athletes have accomplished so far, and we look forward to seeing what you achieve in the days ahead. We’re cheering you on every step of the way. pic.twitter.com/5xxcLj3bSi

That photo sparked some conspiracy theories. "There’s something odd about Joe and Jill’s Olympic photo…What’s in Joe’s hand?" said the headline of a blog post shared on Facebook.

"Many suspect it’s a medical device of some sort," the blog post said, claiming that it could be a medical alert device, which is an alarm used to call for help in the event of a medical crisis. "Or perhaps it’s a walkie-talkie, though why the president would be holding one is unknown."

The blog post was flagged as part of Facebook’s efforts to combat false news and misinformation on its News Feed. (Read more about our partnership with Facebook.)

The White House told PolitiFact that Biden is holding a mask, not a medical device, in the photo he tweeted Feb. 18, which was also shared on Instagram.

Black seems to be the typical color of choice for the president’s face masks, and he can often be seen either wearing one or holding it in his hand after taking it off. 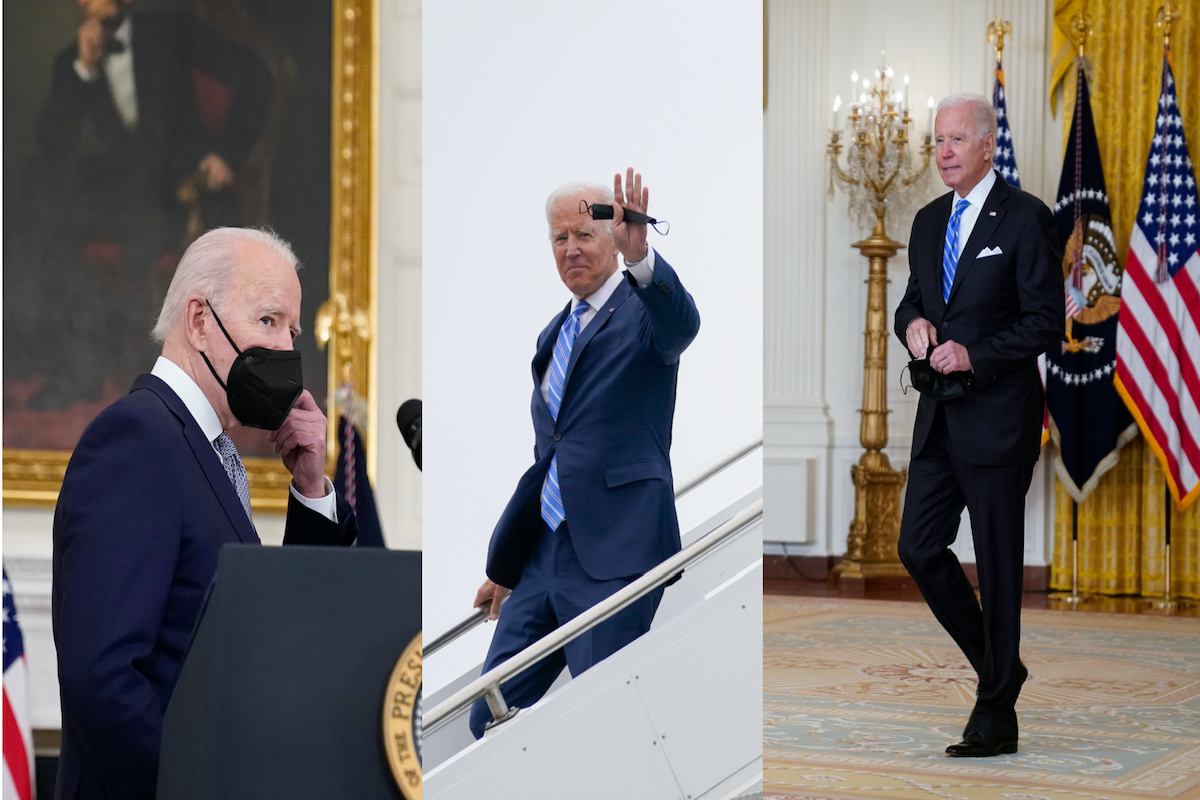 This isn’t the first time we’ve come across a claim about Biden’s masks — a video was taken out of context to falsely claim he handed his own used mask to Justice Stephen Breyer during a press conference announcing Breyer’s retirement from the U.S. Supreme Court. The mask that he handed Breyer was a white one. Biden wore a black mask, which he held onto throughout the conference.

The claim that Biden was holding a medical alert device masks the truth. Pants on Fire!