Instagram posts
stated on September 26, 2022 in an image shared on Instagram:
Footage NASA shared from the DART spacecraft just before it crashed itself into an asteroid isn’t real.

The SpaceX Falcon 9 rocket launches with the Double Asteroid Redirection Test, or DART, spacecraft onboard, Nov. 23, 2021. (NASA via AP)

A NASA spacecraft smashed into an asteroid on Sept. 26 — right on schedule.

The spacecraft’s intentional collision with the asteroid Dimorphos was NASA’s "first attempt to move an asteroid in space." The Double Asteroid Redirection Test spacecraft, aka DART, is part of the agency’s strategy to protect Earth from objects such as asteroids or comets.

In the coming weeks, scientists will closely monitor Dimorphos to determine whether the crash prompted an orbital change. But, for now, NASA has confirmed that DART hit the asteroid — and also released a number of images the spacecraft transmitted back to researchers on earth.

Some social media users targeted those images, claiming that the footage was fake.

"What you are looking at is supposedly footage from a NASA spacecraft crashing into an asteroid," read a screenshot shared Sept. 26 on Instagram. "What kind of person actually believes this is real?"

The screenshot was shared alongside a short video clip featuring an asteroid and, eventually, close-up rocky terrain.

The caption also conveys incredulity: "Yes, this is real footage supposedly from NASA ‘hitting an asteroid.’ For all of those who have discovered the truth of where we really live, you know how this and anything that comes from NASA is truly laughable. They will do anything to push the space hoax."

The post was flagged as part of Facebook’s efforts to combat false news and misinformation on its News Feed. (Read more about our partnership with Meta, which owns Facebook and Instagram.)

The footage shared in the Instagram post is real and shows a selection of images from the final five and a half minutes that DART captured and transmitted back to earth as it approached Dimorphos.

NASA compiled the images into a short video clip.

Don't want to miss a thing? Watch the final moments from the #DARTMission on its collision course with asteroid Dimporphos. pic.twitter.com/2qbVMnqQrD

"This replay movie is 10 times faster than reality, except for the last six images, which are shown at the same rate that the spacecraft returned them," NASA said of its 39-second video. "Didymos and its moonlet Dimorphos are visible at the start of the movie. At the end, Dimorphos fills the field of view."

The final full image shows a patch of Dimorphos’ surface that is about 100 feet across, NASA said. It was taken about 7 miles away from the asteroid and two seconds before impact. 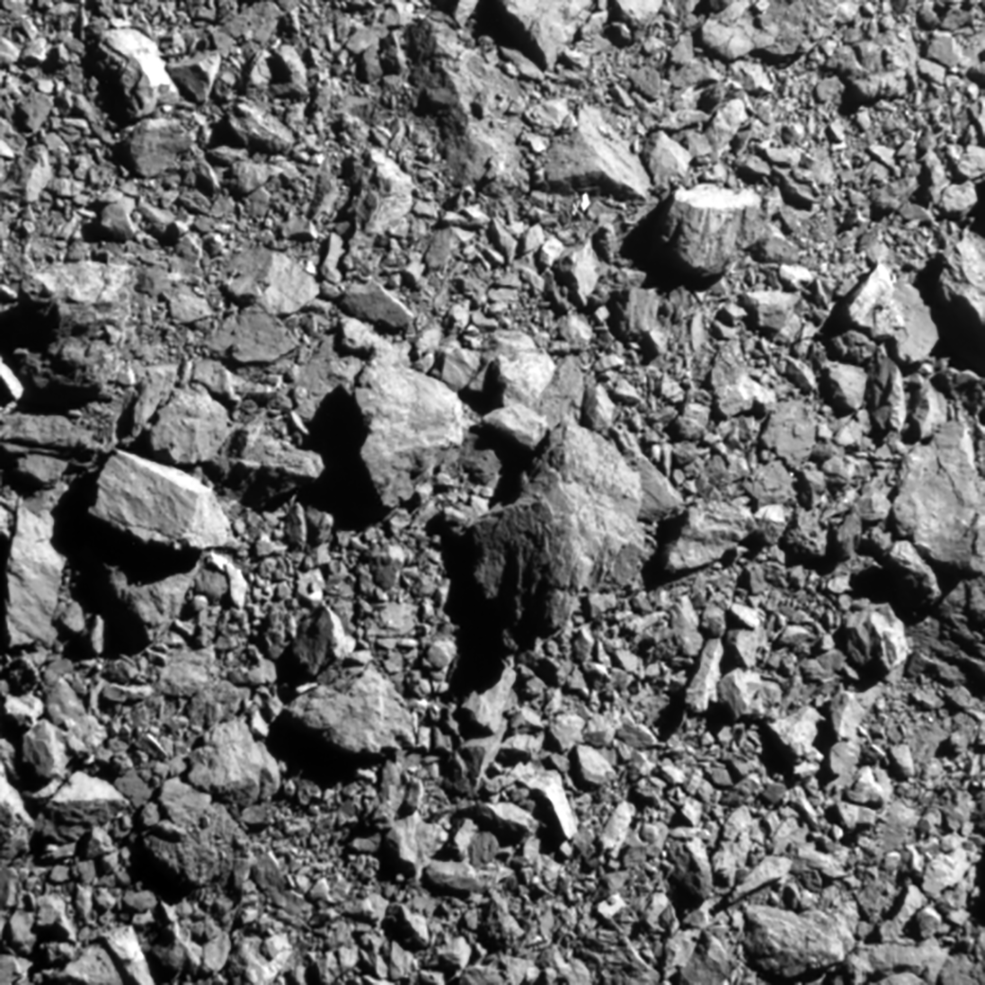 The last complete image of asteroid moonlet Dimorphos, taken by NASA’s DART spacecraft about 7 miles from the asteroid and two seconds before impact. (NASA/Johns Hopkins APL)

DART sent one more partial image that was taken about 4 miles from Dimorphos’ surface, just one second before impact. It shows a 51-foot wide section of the asteroid.

The spacecraft collided with the asteroid as the picture was being transmitted to Earth, resulting in the incomplete image, NASA said.

The video clip and images have been reported on by several news outlets.

For decades, conspiracy theorists have denied the existence of space and suggested space exploration is a hoax. The claims are without merit.

An Instagram post suggested the footage NASA shared from the DART spacecraft just before it crashed itself into an asteroid wasn’t real.

The footage shared in the post is real and was published by several news outlets. It was a sped-up video compilation of images DART captured and transmitted back to earth as it approached Dimorphos, seconds before impact.

NPR, This is what NASA's spacecraft saw just seconds before slamming into an asteroid, Sept. 27, 2022

Business Insider, See video of the moment NASA's DART spacecraft crashed itself into an asteroid and its livestream cut out, Sept. 26, 2022

PolitiFact, A trick of perspective in NASA photos of the moon and Earth do not prove that space is fake, July 28, 2022

PolitiFact, No, these photos of Neil Armstrong’s space boots and a footprint don’t disprove the moon landing, May 7, 2019