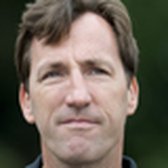 Republican Chris Dudley is a financial adviser. He ran unsuccessfully for governor of Oregon in 2010. Dudley graduated from Yale University in 1987 with a degree in economics and political science.  He played 16 seasons in the National Basketball Association, including six seasons with the Portland Trail Blazers.  He retired from basketball in 2003. He was a senior vice president at M Financial and is now a partner in a small financial company in Oregon. In 1994, Dudley and his wife, Chris Love, founded The Dudley Foundation, which is dedicated to children who have diabetes.