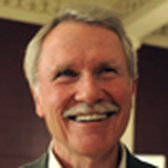 John Kitzhaber, a Democrat, was governor of Oregon for two terms, starting in 1995. He was inaugurated in 2011 for an unprecedented third term. He was elected to the Oregon Legislature in 1978, rising to the position of Senate President. He spearheaded the Oregon Health Plan as a legislator and as governor. Kitzhaber graduated from Dartmouth College and the University of Oregon Medical School (now Oregon Health & Science University). He worked as an emergency room physician in Roseburg from 1974 to 1988.